Believe it or not, I was originally going to call this post Audacious, Belligerent Son Of Not So Frugal Friday. Talk about a buzzkill…

Maybe this post is a combination of Ultimate Garage and Million-Dollar Challenge. Then again, maybe this post is just my pulling the pin, burning it down, just saying f*ck it. (Oh, please feel free to click on the links to other Disaffected Musings posts or to other sites on the Internet. I am never going to publish a hyperlink to an unsecured site.)

In an episode of Transplant the young, ambitious surgical resident asks the attending physician in charge, “Haven’t you ever just wanted to burn it down to the ground?” a reference to the latter’s seeming obsession with doing things by the book and not making waves. Surprisingly, the attending answers, “Yes,” and then says she did that once or twice. She then says that she was the only person who got burned.

As I have written before, I don’t think Aston Martin have (using the British convention of a company needing the plural conjugation of a verb) ever made an unattractive car. The damn virus has hurt the company not long after it seemingly turned itself around to be profitable and even became a publicly-traded company on the London Stock Exchange.

From Curbside Classic a picture of a Chrysler Ghia ST Special. Only four of these were built and they have been offered at auction and bid up to $450,000.

This is the gorgeous Rondine concept car drawn by the legendary automotive stylist Tom Tjaarda. Every time I watch Bitchin’ Rides I spend at least 30 seconds dreaming about winning the lottery and having Kindig-It Design build me this car, but over a modern chassis, of course. How much would that cost? I really have no idea, but the $500,000-$750,000 range sounds reasonable.

Contrary to what I have written before about a 1967 Corvette restomod or DeTomaso Longchamp being my first acquisition after winning a huge lottery jackpot, I actually think I would set a Rondine project in motion first, then buy/build the other two cars. 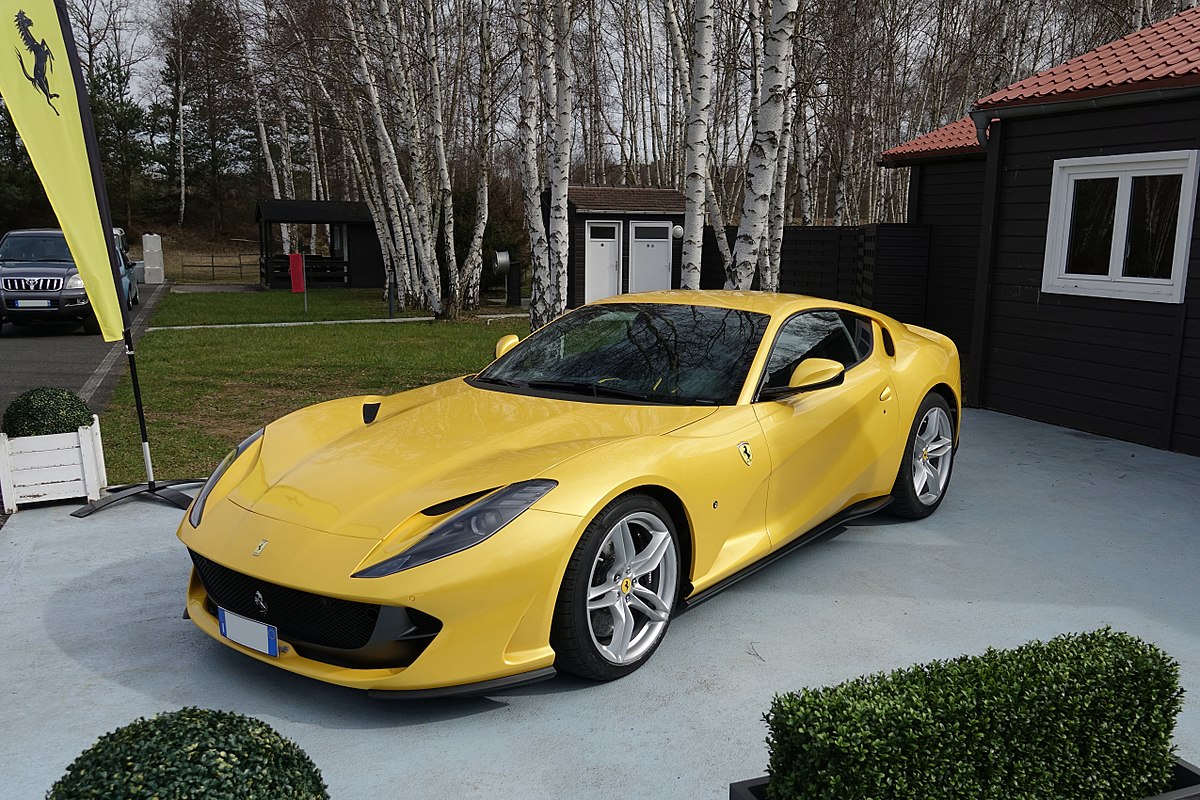 From Wikipedia and not in Rosso, a picture of a Ferrari 812 Superfast. I mean, I couldn’t resist putting this car in this post. Just the name “Superfast” is compelling enough for me to want to buy the car. How much? The “base” MSRP is about $340,000.

OK, before my mood deflates as I realize I can’t really have these cars, I am just going to call it quits. As always, please feel to indulge your own automotive fantasies, whether or not they fit the definition of an “Ultimate Garage” or not. We would like to read about them.

I wasn’t going to post today or tomorrow, almost no one reads blogs on these days, but can you say OCD? I can rationalize this post by saying I am trying to reach a certain number of views for the month or a “milestone” in number of visitors since the beginning of this blog. Both are nominally true, and it’s also true that more people read Disaffected Musings on days I post, but I am just compelled to write. Reminds me of a line from the movie Throw Momma From The Train…Billy Crystal plays a frustrated writer who teaches a writing class. His character often says, “A writer writes, always” to motivate his students although the line is also an indication of his dissatisfaction with life.

Speaking of dissatisfaction, I have to admit that December 23rd is actually not a pleasant day for me. If you didn’t read yesterday’s post, December 23rd, 1987 was the day I was offered my first full-time job in baseball. While I achieved a lot in my 20+ years in baseball, such as becoming a “father” of Moneyball and earning two championship rings with my name on them, I have been out of the game for almost a decade. I did not really leave of my own accord.

People do not judge life events by an “objective reality,” but against expectations and the status quo.

I have been re-watching the Mecum Auction broadcast from Phoenix that I recorded in March. I saved the episode for many reasons, but one was the amazing group of cars offered for sale. This picture from curbsideclassic.com is a 1955 Chrysler Ghia ST Special. One of these, one of just four that were made, was offered at that auction. The Mecum car was in brown and white, not my favorite colors for a car although it still looked great. The car was bid to $450,000, but not sold.

In green the car does bear a resemblance to the Continental Mark II of 1956-57, which I also think is a handsome car. I REALLY have come to understand why people have car collections. I am also still figuring out how I can get into the car business, somehow. Hey, Dana Mecum! I know someone with a great combination of analytical and communication skills who wants to write and to crunch numbers for your company!

I had to take this picture this morning from the end of my driveway.

Don’t worry, photobyjohnbo, my photographs will never approach yours in quality.

“File under: Socialism destroys what it pretends to defend.

Social Security Affiliation fell 136,000 and unemployment rose by 87,000 in January and February.”

Wow! Double Wow! From classiccarweekly.net a picture of a 1955 Chrysler Ghia ST Special. A car like this was just offered for sale at the recently concluded Mecum auction in Glendale, Arizona. The car didn’t sell, but the high bid was $450,000.

Do you really care about the drive train? OK, this car was powered by a 331 cubic-inch Chrysler Hemi V-8 rated at 250 HP/340 LB-FT of torque. It had a 2-speed Powerflite automatic transmission.

Ghia is a famous Italian coachbuilder and this car is yet another example of what I call an original hybrid: American drive train with European styling. This car also has an American chassis; in this case a Chrysler New Yorker chassis.

According to the Mecum listing this car was the last design in the collaboration between legendary stylist Virgil Exner and Ghia chief Luigi Segre that lasted from 1951-1955. Only four examples of this car were produced in 1955.

An aside: for an auction that was only announced last November, the docket at the Mecum Glendale auction was very impressive. I just wish Mecum would allow its online lot photos to be captured. I mean, it’s not like someone else can sell the car once it’s been consigned.

I posted about a similar car, the Dual-Ghia, last June. I thought that was the epitome of rolling sculpture, but I think I like the way the ST Special looks even more. So would an original version cost more or less than a replica made from scratch? Why am I asking as I couldn’t afford either one…

P.S. I still would like to read your thoughts about this blog, about your Ultimate Garage or about any other topic you deem relevant. Please keep the comments polite, though, or I won’t post them. The number of comments has declined recently even though the number of views/visitors has not.