I am not a patient person, by nature. That trait is one of my biggest flaws. Still, I could have the so-called “patience of Job” and be dismayed at the twists and turns of my life in the last 10-12 years. Once again, those who believe that everyone gets what they deserve need operations to have their heads removed from their rectums. No one is keeping score.

Maybe this picture of Lauren Bostwick will make me smile:

This fact does not make me smile:

The European Union has paid $38 billion for Russia energy since Vladimir Putin invaded Ukraine, a top EU official said Wednesday, according to the Wall Street Journal.

The EU, and particularly Germany, have basically given up their sovereignty to Russia. That’s why economic sanctions are a paper tiger.

Even though we don’t receive much rain here, rainbows are a surprisingly common sight. When I took this photo I don’t think it had rained at our house nor did it rain later that day. Note the sun shining on The Boulders in the lower right. Yes, The Boulders is capitalized as it marks the feature for which the resort at that location is named.

Maybe some of you were expecting the first installment of the “Threes And Sevens” series today. I am 99% sure it will not start with 1903. I want to have fewer than 20 posts in the series and really have no interest in brass era cars. Actually, I am 99.9% sure what year will start the series. You’ll have to read the first post to find out.

That’s still a lot of money for a “toy,” but it would mean I am sticking to picking cars from one of my Ultimate Garages and it would make my wonderful wife happy as she loves Jaguars. As I wrote in a comment to Mark, any new cars may have to wait for our next house, which will have no fewer than four garage spaces and, hopefully, five. I’ve never seen a U-Haul at the cemetery.

Yes, it is Wednesday and I am a weirdo. To wit, this strange dream: I was driving along–destination unknown–and, apparently, in a convertible. Out of the corner of my eye I saw a flash of green. The next thing I knew I saw lots of money just floating in the air. Some of it floated into my car. Imagine my disappointment when I realized it was only two dollars.

Then, the person who was (apparently) responsible for tossing this money pulled up very close to me–remember, we’re driving–and handed me two more dollars. I thanked him, but then forcefully told him to get away from my car before he hit it.

What would have been wilder is if the total amount I received in the dream had been six dollars. Why? After I woke up I checked my Mega Millions ticket and we won $6.

I think sharing dreams in this blog helps me to remember them better, at least long enough to write about them here. One of the few really good dreams I can remember still didn’t start out that way. I dreamt I was worried about money, about how I would pay my bills. Then, I said to myself in the dream, “What are you worried about? You have four million dollars in the bank.” The feeling of joy and relief was amazing. Oh, this dream was decades ago, long before I had anywhere near the assets that I have today, which is not to say I have four million dollars.

As for the exact amount I think I must have just watched the movie Twins. At the end, Arnold Schwarzenegger’s character says to Danny DeVito’s character, “Don’t you feel better about returning the money?” The reply, “Oh, you mean the four million dollars. Yeah, it feels good to be one of the good guys.” Of course, the amount in question was actually five million, so the implication is that DeVito’s character took a million for himself.

A financial services company (Thrivent?) used to have commercials in which the announcer said, “We think money should be a tool, not a goal.” Of course, the more money you have, the bigger the hammer. All kidding aside, and as I have written before, I think it’s good to be careful with your money, but it’s OK to splurge every now and then if you can afford it. You can’t take it with you.

In Ultimate Garage 2.0, which I revealed almost two years ago (!), a Jaguar F-Type coupe was one of the cars. In a sign of my growing affinity for convertibles, if Ultimate Garage 3.0 is ever shown, then this car might be a part of it instead and might be something on which I would splurge if I had the opportunity: 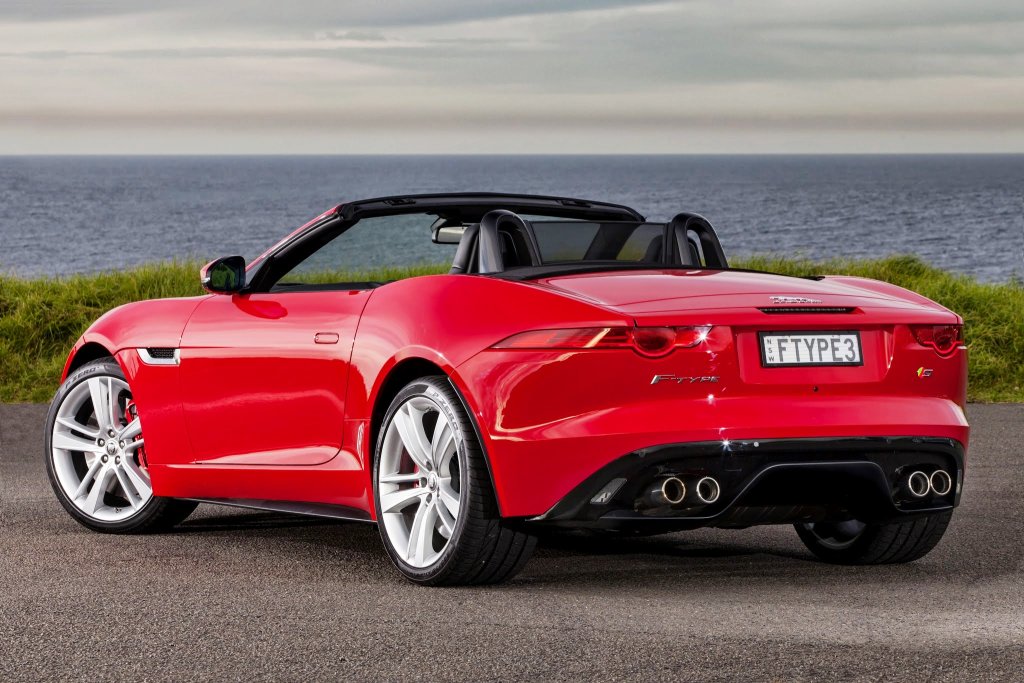