I tried an Impossible food product for the first time, a breakfast sandwich from Starbucks. I have to admit it wasn’t bad. It wasn’t bad at all and I will probably order one again.

I know some people have a “philosophical objection” to Starbucks and that’s OK. If you don’t want to eat/drink there, you don’t have to. You don’t have the right to try to physically stop me, though. (Sorry for the split infinitive.)

I will probably not watch the Super Bowl. Of course, I didn’t watch either conference championship game. My wonderful wife and I helped her parents set up their Hulu account, gave them a Hulu tutorial, and programmed their in-vehicle garage door openers so they would work with their garage door. The first activity took a long time, way too long.

Of course, I am not happy the Packers lost although I am happy the Chiefs won. The main reason I probably won’t watch the game (I stopped watching the pre-game show decades ago) is I don’t want to watch the Tom Brady Genuflection Show.

I give him props for leading his team to the Super Bowl; he’s the most accomplished quarterback in NFL history, maybe its most accomplished player regardless of position. However, I suspect the broadcast will simply be an over-the-top homage to Brady.

For some reason, he has always rubbed me the wrong way. When he destroyed his cell phone during the “Deflategate” situation I really began to dislike him. The ends do not justify the means.

I can appreciate his extreme competitiveness. Non-sports fans and fans alike really have no idea how competitive professional athletes are. This post about Randy Johnson chronicled a time when he went ballistic over a ball/strike call during a spring training game. Still, like all behavioral paradigms, competitiveness in the extreme has many drawbacks.

This Hemmings article is titled, “Turnkey replica cars are now legal, but many replica carmakers aren’t ready to make them just yet.” The piece begins,

For David Smith, the president of Factory Five and one of the members of the SEMA steering committee that advocated for the Low Volume Motor Vehicle Manufacturers Act, last week’s news that the replica car law passed its last regulatory hurdle before going into effect should have been cause for celebration. Instead, as he noted, he saw it as a mixed bag.

“We were prepared for this in 2015 and invested in vertical integration at the time,” Smith said. “But with all the delays, in lieu of going forward with full production we used that space for another purpose – to do more with composites – and now it’s booked. That’s definitely going to slow down our ability to take advantage of this law.”

Smith said it will still take another year or two before Factory Five is up and running. Government is not a panacea populated by supermen! Government creates many problems. What the ratio of created problems to solved problems is depends on one’s perspective, no doubt.

That it took five years to get this act implemented is yet another example of the ponderous nature of government. It can’t move quickly, which is often quite the detriment. If government labs had been in charge of developing a COVID-19 vaccine, they would still be arguing over the color of the lab coats.

From Allard Motor Works via Hemmings, a picture of their J2X Allard replica: 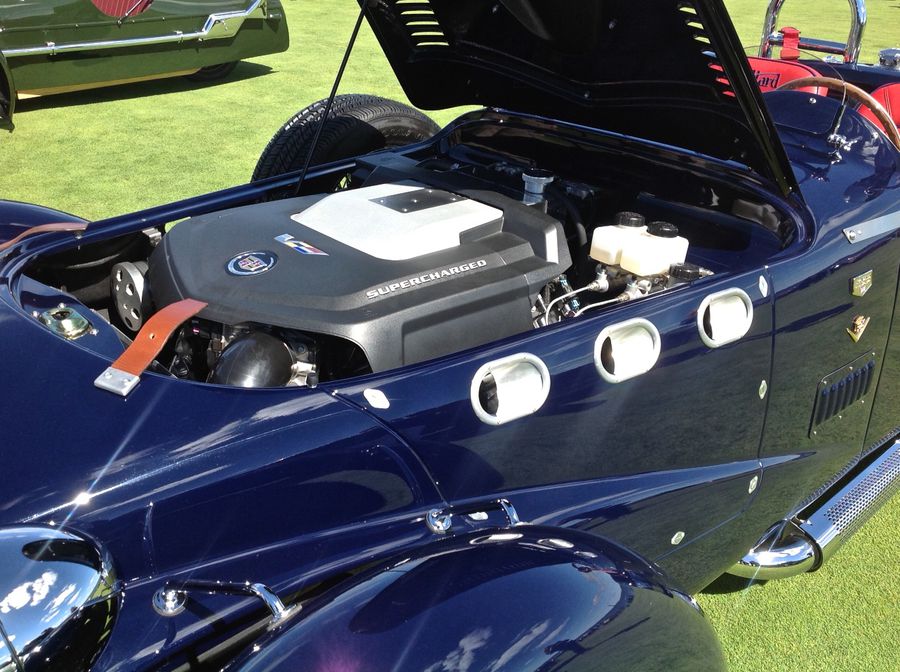 They have offered turnkey replicas to customers in the UK, Canada, New Zealand and China. The United States is the only country where they don’t/can’t do the engine install for the customer.

I’m sorry, but selling 325 cars a year (the annual limit to the number of turnkey replicas that can be built), and the drivetrains have to be certified for emissions compliance by the EPA and the California Air Resource Board, is not going to hurt anyone. Smug, self-righteous and arrogant people who think they are in charge of everyone’s lives need to go away.

I can’t stand Tonald Drump, but I also can’t stand the belief that government always knows best. It doesn’t.