Posts having to do with sports are almost always read less frequently than posts about cars. Although I hardly follow sports at all anymore, they will always be a part of my history and I will write about them from time to time. Even though I never bagged the “ultimate” prize, very few people have even one of these rings, let alone two. 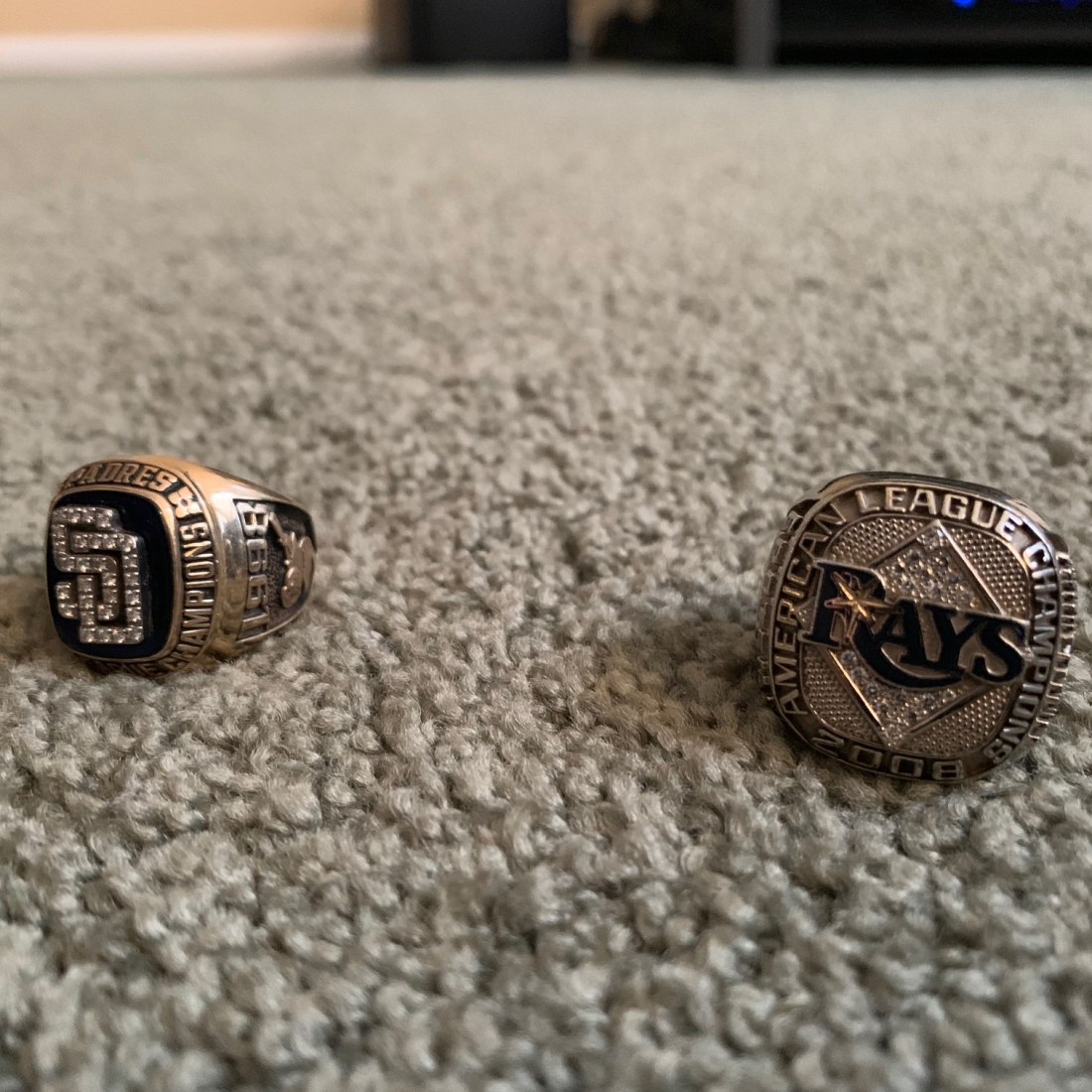 I have been told I am unnecessarily pessimistic, that I have much for which to be thankful and much of which to be proud. (Maybe I should stop writing…we’re getting lightning and thunder [and heavy rain] here in the desert as I write this.) As I have written, though, I was a “high achiever” for most of my life and just cannot get used to being relatively inactive in terms of a career.

Still, I do take pleasure in some things. Take a look at this: 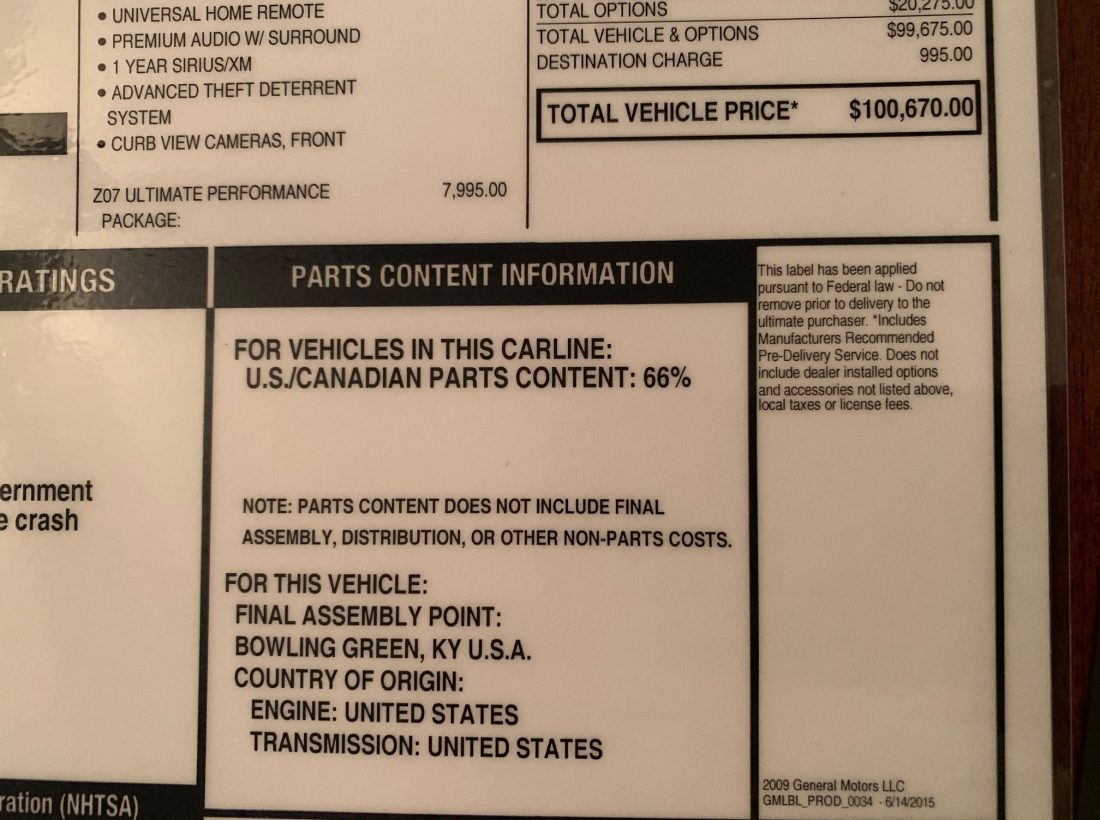 As shallow as this may sound, if you had told me 30 years ago that one day I would be the second owner of a car that had a six-figure sticker price when new I would have asked what you were smoking, especially since the car still had the original bumper-to-bumper warranty when I bought it, meaning it wasn’t an old car, at all. (Yes, another Rules Of Logic run-on sentence!)

Of course, I didn’t pay anywhere near the sticker price as I was able to take advantage of new car depreciation to buy the Z06. I remember when I was floored by the notion of a $50,000 car when I was in high school. I think a Rolls-Royce model (the Camargue?) was the first new car that I had ever heard cost that much. Actually, with a little research I have unearthed that given the £/$ exchange rate when the Camargue was introduced, and the “premium” Rolls-Royce charged US customers, the Camargue was about $75,000 when new in 1975.

Anyway…it is often difficult to appreciate significant changes in one’s life because they are usually not the result of a discontinuous change in what I can only call “life function.” I didn’t win the lottery to be able to afford my Z06. It’s like if a person loses some weight over a period of a couple of years. They and their significant other won’t notice the change as much as someone they have not seen for five or ten years.

The loss of my baseball consulting business, on the other hand, was a discontinuous change. As I have recounted before, in the space of 11 days in October, 2010 I basically lost my business. In some ways, I have never recovered from that experience, especially given I have never found an interesting and fulfilling work situation since. I really enjoy writing this blog, but it’s not paying me a living wage. Again, I don’t need the money, but part (and only part, IMO) of the boost in self-esteem that comes from a job is from the compensation. Besides, unless your last name is Buffett or Bezos or Gates, you never have enough money.

On the topic of money…part of me (notice I wrote “part of”) would prefer to win $2 million or $4 million in a lottery instead of winning $200 million. Why? One reason is that Arizona does not allow winners to claim their prizes anonymously. Even if one sets up a trust or series of trusts, the attorneys and their staff would know as well as lottery officials. Remember Mark Twain’s famous line, “The only way two people can keep a secret is if one of them is dead.” Many winners of huge prizes have become targets including one man in West Virginia who was murdered because people wanted his lottery money.

Also, winning a nine-figure prize would be a discontinuous change that would inevitably lead to some behavior that would be a tip-off to one’s newfound fortune. On the other hand, winning a seven-figure prize would not really change much about the life my wonderful wife and I have. We already have no debt and have a healthy net worth. As I have told her many times, I think we could keep such a jackpot a secret from EVERYONE in our lives. I sure would love to find out if that is true…

What do you think? I would very much like to read your thoughts.

7 thoughts on ““Thoughts” For Sunday”