Somewhere in this post is the 250,000th word I have written on Disaffected Musings. (Maybe it’s this one or this one.) If in the roughly 21 months I have been writing this blog I had half as many views as words then I would be happy, well maybe less unhappy.

While my wonderful wife and I were at the National Corvette Museum I entered a raffle to win a 2019 ZR-1. Here is the car, picture from the NCM website: 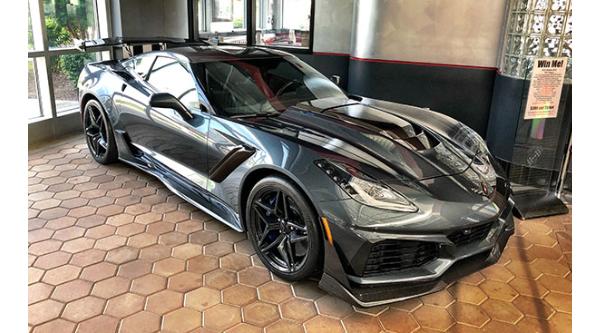 On this day in 1964 the number one single on the Billboard charts was “Oh, Pretty Woman” by Roy Orbison. By the way, that is the correct title of the song.

Orbison was very popular in Great Britain. From August, 1963 through December, 1964 he was the only American artist to have a number one single in Britain; he actually had two, “It’s Over” and “Oh, Pretty Woman.” He toured the UK in 1963. His opening act, although some times he opened for them, was the Beatles.

Of course, 1964 was the year the Beatles entered the consciousness of the US. I am not a big Beatles fan, but I appreciate their significance and the fact that they changed popular music forever. On the April 4 Billboard Hot 100, the Beatles occupied every position in the Top 5! In the next chart, April 11, they had 14 songs in the Hot 100. Between January 18 and October 24 the Beatles had 28 different titles on the Hot 100.

When the Beatles phenomenon began their former record labels realized they had quite a treasure trove. While their first “big” American label was Capitol Records, “She Loves You” was recorded and released by Swan Records and “Love Me Do” on Tollie Records, a subsidiary of Vee Jay. (By the way, much of this information is from The Billboard Book of Number One Hits by Fred Bronson.)

Of course, 1964 was the debut model year for the Pontiac GTO, considered by most to be the first modern muscle car. Also of significance in the auto industry (some understatement never hurts) was the debut of the Ford Mustang in April, 1964. However, continuing my obsession with defunct American makes I am going to show this car, instead:

From classicregister.com an obviously recent picture of a 1964 Studebaker Daytona convertible. Apparently, I have shown a picture of and written about a car like this before. I guess after 250,000+ words I can’t remember everything I’ve written.

The Daytona was one model that survived the closing of the main Studebaker plant in South Bend, Indiana in December, 1963. The wonderful Avanti and Gran Turismo Hawk were not as fortunate. I think these cars (the Daytona) have quite an appealing design. Only 702 1964 Daytona convertibles were produced, 647 with a V-8 and 55 with an inline six-cylinder engine.

2 thoughts on “Throwback Thursday and A Quarter Of A Million”