As a change I decided to look at cars that have already been sold, in this case at the Mecum auction conducted in Louisville on September 20-21, instead of cars that are offered for sale. First, how many of you like Frugal Friday? Second, would any of you like to see it offered once a month instead of every week?

From, obviously, gtcarlot.com a picture of a 2006 Jaguar XKR convertible. The XKR designation means the car is powered by a supercharged V-8 engine. For the nth time, Mecum does not allow the online photos of its lots to be captured from its website. The actual Mecum car was Black over Black.

According to Hagerty the average value of this car is $17,600. The Mecum lot sold, all in, for $11,550. Even ignoring for a moment the difference between the auction price and the Hagerty value, $11,550 just seems inexpensive, IMO, for a beautiful, 390-HP convertible built not much more than 10 years ago. In addition, if you had to put $3,000-$4,000 in it after purchase you would still be below the Hagerty value.

OK, how about another European high-performance convertible from the first decade of this century? 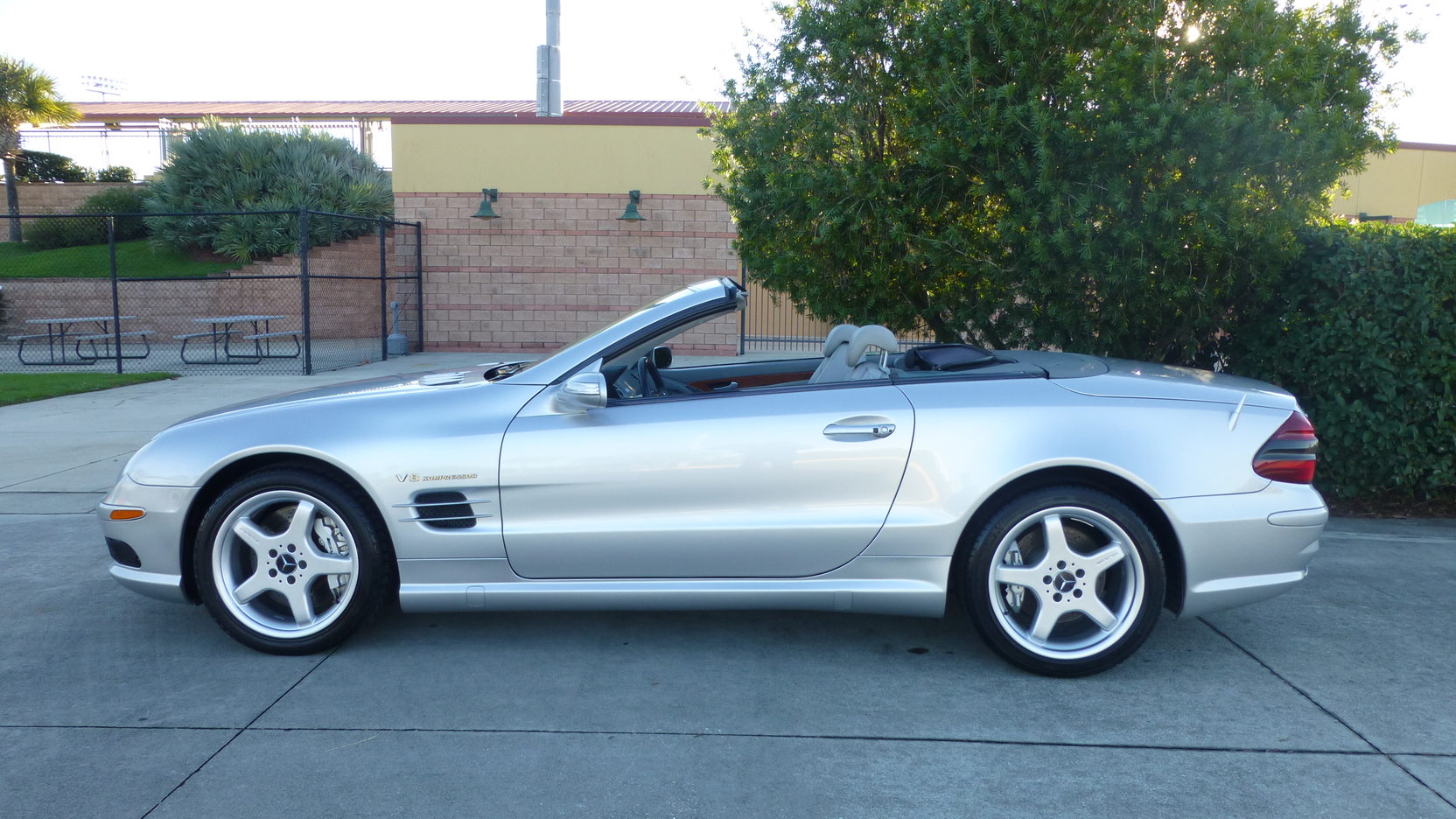 This is a Mecum auction photograph of a 2004 Mercedes-Benz SL55 AMG convertible, but not of the lot sold in Louisville in September, which was Black over Gray. These cars were powered by a supercharged V-8 that generated 493 HP/516 LB-FT of torque. (I am using the most conservative torque rating I have seen; some sources put the torque output at 590 LB-FT.) The Louisville car is said to have had fewer than 54,000 miles.

Hagerty values an average example at $24,900. All in, the car sold for $20,350. Once again, subjectively that just seems like not a lot of money for a car like this.

Many people believe that all auction cars are overpriced. While it is true that in the excitement of the moment bidders can bid up a car past what seems to be a reasonable price, it is also true that some bargains are available.

Now, a downer: I am very disappointed by the dramatic decrease in views/visitors over the past 7-10 days. Yes, I know I’m not supposed to complain about such things, especially to people who are reading the blog. Has this blog run its course? Is it just too difficult, in a sea of millions of active blogs, to gain traction without using Fack Fucebook? Any thoughts anyone has would be greatly appreciated. Many thanks.