Yesterday’s post wasn’t exactly read by a lot of people. Basically, Monday had the same number of views as Sunday, a day without a post. That’s quite discouraging to me.

On another personal note, 1973 was the year I was bar-mitzvahed. Do I have to explain what that is? When a Jewish boy turns 13 he assumes all the rights and obligations of a Jewish adult. A ceremony is usually held, in a synagogue, to celebrate that event. Two of my best friends, Dr. Zal and Dr. Hoss, were also bar-mitzvahed in 1973. In fact, our three ceremonies were held eight days apart.

My bar-mitzvah (meaning “son of the commandment”) was, in one way, a horror show. My parents were on the road to divorce, with my father driving the car, and did not sit at the same table during the reception. One can imagine the tension that created for me.

On the other hand, 1973 was the year my (i)ncomparable niece was born. Her presence has been a supreme blessing for all of us.

What American car from 1973 was named to Edmunds’ list of the 100 most beautiful cars of all time in 2012? It wasn’t the Corvette, the Camaro or the Challenger. It was this car: 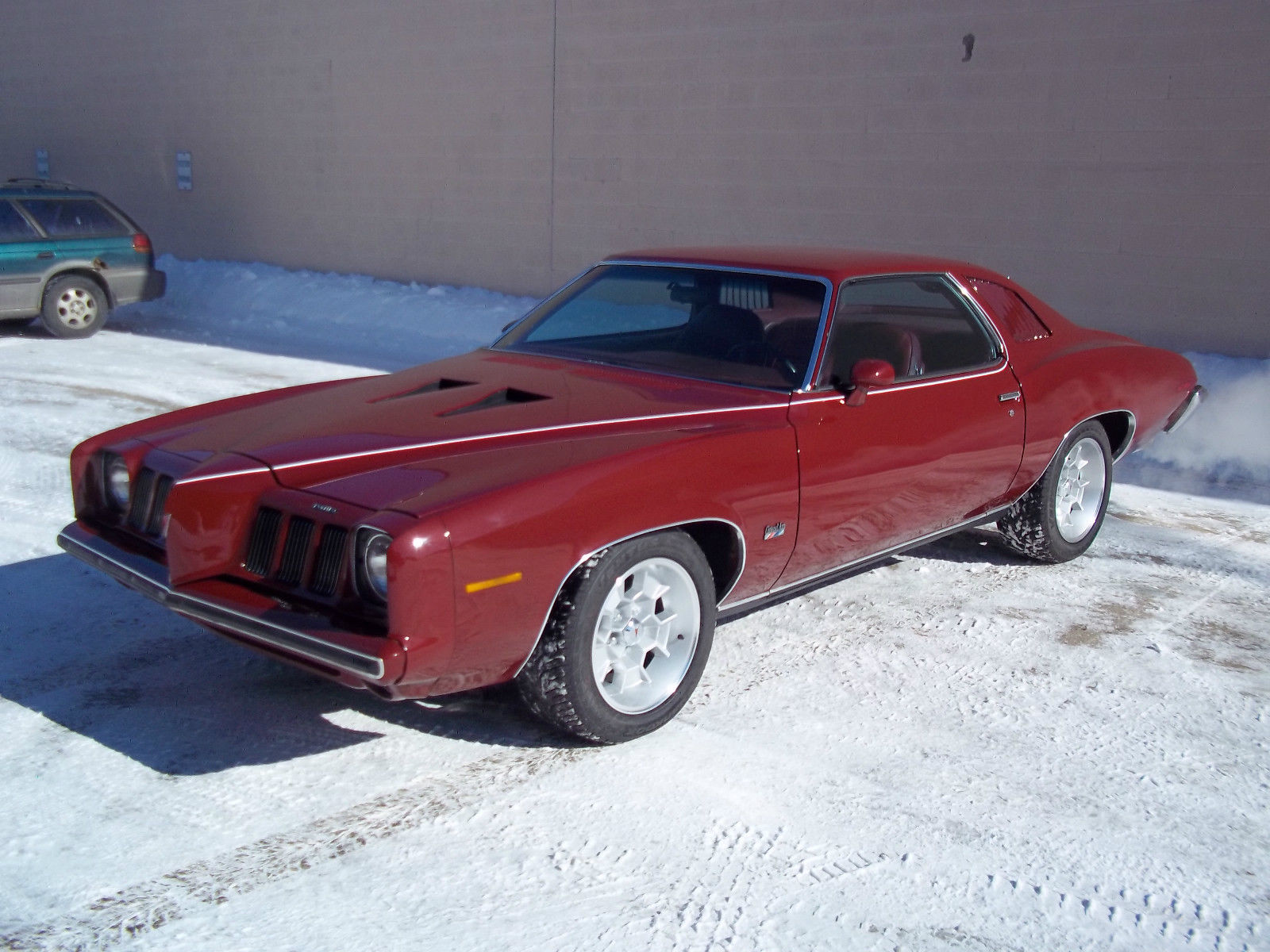 This is a 1973 Pontiac Grand Am. From Edmunds: “The most daring nose ever put on a GM product. Clean elegance for the everyman, but still masculine. Looks best with honeycomb wheels and the optional Ram Air hood with two NACA ducts.” Yes, beauty is in the eye of the beholder, but my eyes also see a great exterior design. Here is another picture, this one from The American Car by the Auto Editors of Consumer Guide®. 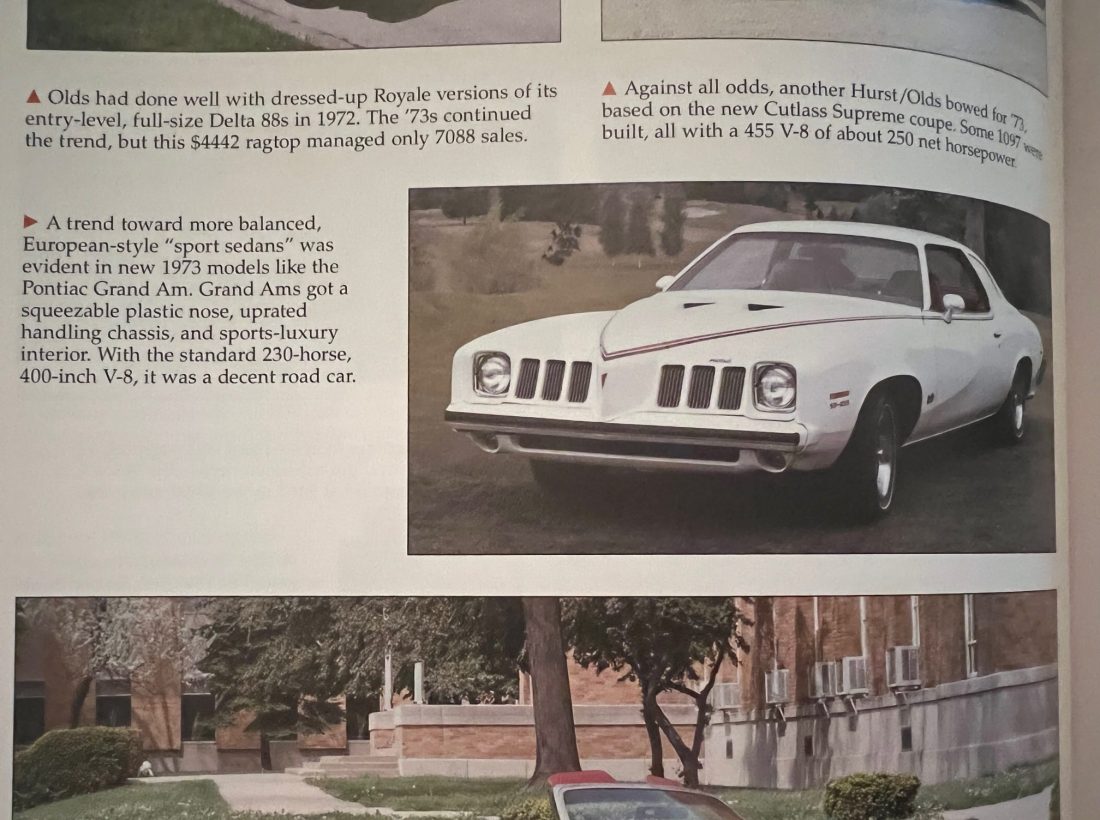 Of course, the most significant development for the US auto industry in 1973 was the OPEC oil embargo that began in October. As “punishment” for its continued support of Israel (including during the Yom Kippur War that occurred that month), OPEC–dominated by Arab nations–stopped directly exporting oil to the US. The embargo led to gasoline shortages, long lines and large price increases. (The embargo was lifted in March of 1974.)

The price of a barrel of oil increased four-fold during the embargo. While it ultimately led to more enlightened policy to make the US more energy independent, in the short-term the embargo and its effects greatly contributed to a long-lived recession that lasted through 1975. While this post is about 1973, it is worth noting that US car output declined from more than eight million units in ’73 to just 6.5 million in 1975. All of the figures from 1973-75 were still below 1965’s mark of 8.8 million cars produced.

All US-made 1973 model year cars had to be equipped with front bumpers that protected the car from a 5-MPH crash as well as 2.5-MPH rear bumpers. Cars built after January 1, 1973 had to have protective beams in the doors.

A new Federal law required dealers to formally disclose mileage on used cars and banned tampering with the odometer.

In order to meet ever increasing emissions standards, in addition to responding to insurance practices that made owning performance cars quite expensive for many, US cars lost much performance. Take the Corvette, for example. The last Threes And Sevens post was about 1967. The base engine for the Corvette that year had 300 horsepower; the highest-rated engine was 435 HP, but the L88 option probably had at least 100 more HP than that even though it was rated at 430.

As I have written before, and as most car aficionados know, in time automobile engineers would outsmart the government and the insurance companies. In 1973, though, no one knew that would happen. In some ways, the period from 1972-73 through the early 80s could be seen as the Dark Ages of the US automobile industry, a time when things moved backwards from a performance standpoint.

As for how the makes ranked in production/sales, Chevrolet led with 2.58 million cars compared to Ford’s 2.35 million. Oldsmobile was third at about 923,000. Once again, the Impala was the Bow Tie’s best seller at nearly 550,000 units. The four-door sedan variant, shown below, just edged out the Custom Coupe as the top-selling Impala. 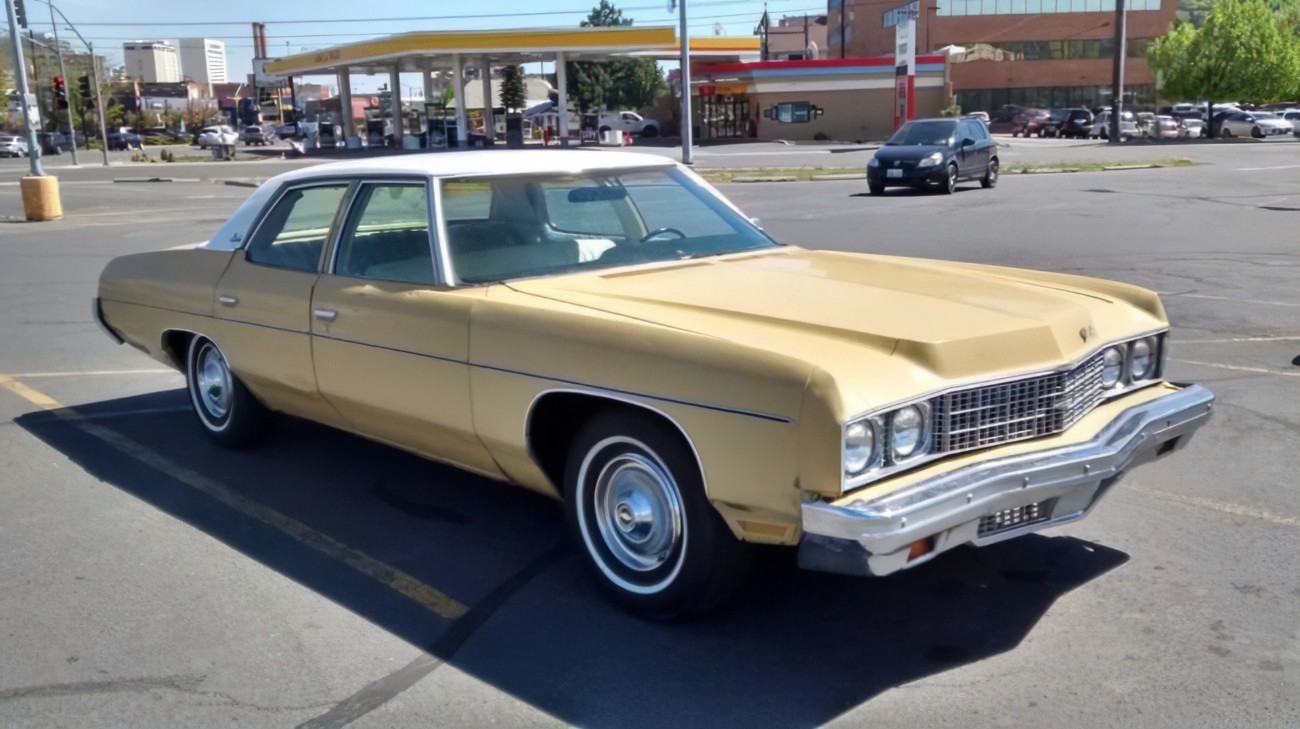 These Threes And Sevens posts could all easily be 1,500+ words, but I think people’s eyes glaze over at anything more than about a thousand. I’ll stop here. If you like this blog, please let your friends know about it. Many thanks.