This Hemmings article about “[t]he increasing complexity of electronics [posing] a challenge for future collectibles” gave me pause about considering buying a car like a 2000-02 Cadillac Eldorado in the future. I thought, what if the 20-year old electronics die and I can’t find replacements? I don’t know how interchangeable those parts are with other Cadillac/GM parts and only 31,495 Eldorados were built in those three model years, meaning not much incentive exists–one would think–for third-party companies to provide parts.

Being an “intelligent” person with OCD can really be awful. It’s great to plan and to anticipate, but like EVERY other behavior it has its limits and is not always appropriate. Analysis to paralysis…

I used to lie to my marvelous mom and don’t feel bad about it at all. When I lived in California and she lived on the other side of the country, what good would it have done to answer truthfully to the question, “How are you feeling?,” if I were sick? She would have worried and she was not a doctor. I would always answer, “I’m fine, Ma.” The first year I lived in California I felt sick most of the time, perhaps due to new allergens. Oh, if you were to look in the dictionary for the phrase “Jewish Mother” my mother’s picture should have been next to the definition. (How many Jewish mothers does it take to change a light bulb? [In a Yiddish accent] None, we’ll sit in the dark…)

It’s great to be industrious and hard-working, but it’s also OK to take a break every now and then. It’s good to think of others, but it’s OK to be selfish sometimes, too. (I think selfishness is a part of our survival instinct and is simply unavoidable at times.) My 2¢.

After some period of worrying, I decided to look on RockAuto.com (they’re not paying me for this) and, whadda ya know, they have a slew of electronic parts for 2000-02 Eldorados, even Electronic Control Modules (ECM), both new and refurbished. Oh, before I looked on RockAuto, I started looking at Cadillac ATS and CTS models no older than 2011 because their electronics should be less prone to failure. Oy Vey!

Remember, if you will, that this search was originally about finding a car like a 1963-65 Buick Riviera or 1962-64 Studebaker Gran Turismo Hawk. I value flexibility and adaptability, also remember that I was originally going to buy/build a C2 Corvette restomod before deciding to buy a C7 Z06, so after speaking to experts like John Kraman I decided to focus on more modern cars.

Since I don’t wrench on cars and don’t have an 8- or 9-figure net worth (or more), trying to bring an older car to the point of being reliable is not a practical solution. The potential for electronic obsolescence or no, I guess we’ll buy something from this century, whenever all of the dust settles. Of course, ask me again in a week and I might have a different answer. 🙂

From Mecum, a picture of a 2002 Cadillac Eldorado ETC (the more upscale of the two Eldo versions) offered at their Kissimmee auction in 2017. 2002 was the last year for the Eldorado; it is sad to me that the model is no longer produced. 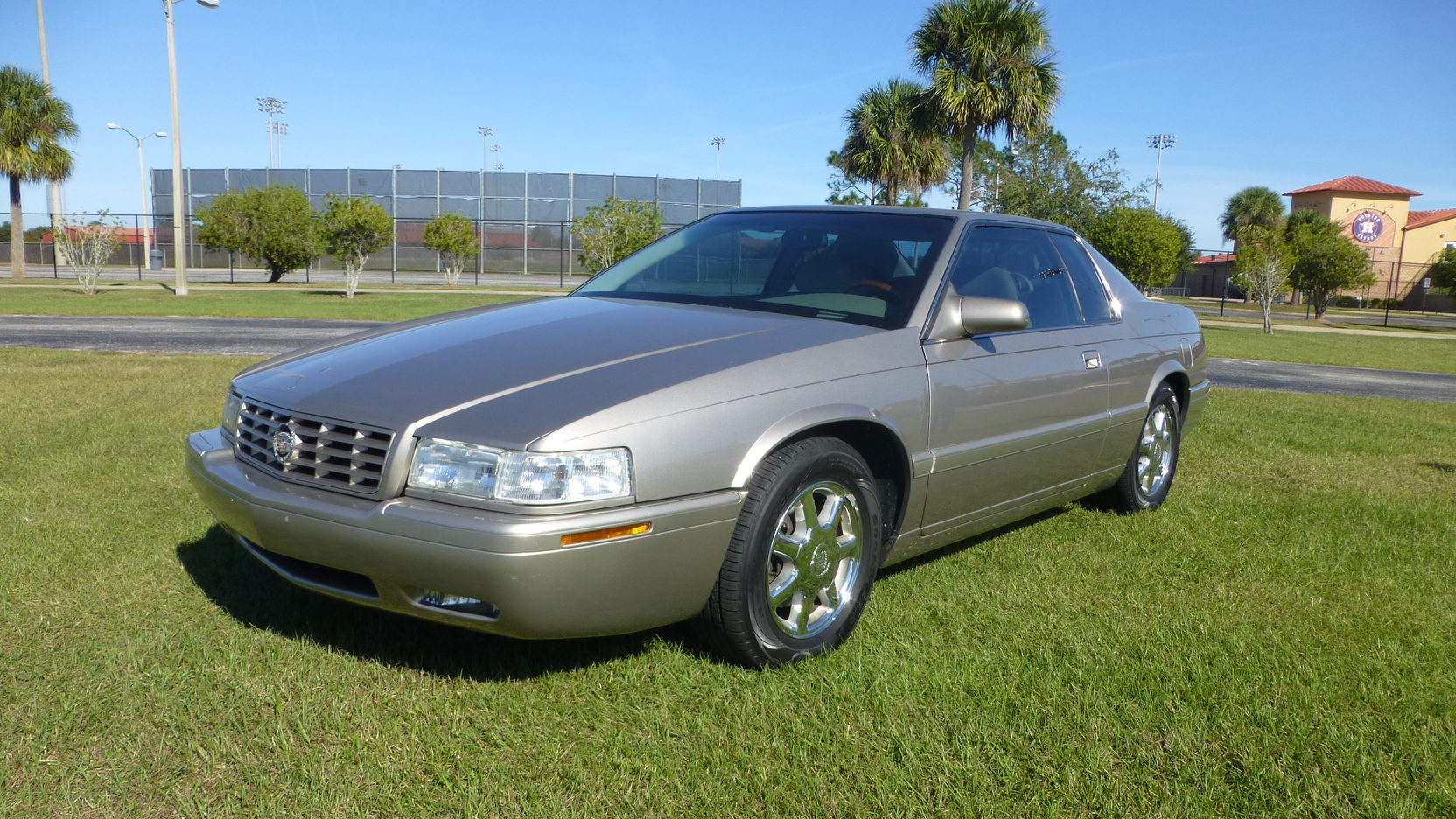 8 thoughts on “Analysis To Paralysis”