I probably won’t receive results from yesterday’s procedure until next Monday. What I can tell you is this: since I thought I would be going under, my wonderful wife accompanied me to the Mayo Clinic. My appointment time was 1:15. What time did we leave after the procedure ended? 1:15!

Obviously, I did not need general anesthesia, but just as obviously the Mayo Clinic–to use the colloquial–has its sh*t together. In addition, the first bills I have received were not for what I would consider to be an extraordinary amount. I am very lucky to have access to such a world-class facility.

Now the earworm thing is getting ridiculous. Today’s song stuck in my head is not even one I have heard lately although the last time I heard it was on Sixties on Six on Sirius/XM. Does anyone remember “The Pied Piper” by Crispian St. Peters? The song was his only big hit, reaching #4 on the Billboard chart in 1966, although he had one other top 40 song a year later (“You Were On My Mind”) that reached #36.

Even worse is that my brain seems to be waging a battle about which song will play repeatedly in my head. Every now and then, the piano intro and ending to “Fortune Smiles” by legendary jazz/classical pianist Keith Jarrett plays in my head. I made a copy of the song years ago, editing out the middle and just keeping the intro and ending, which are about three minutes in total. I very much want to embed that audio here, but worry about a copyright violation. Oh, what the hell:

I used to play the keyboards a little and Jarrett’s solo parts from “Fortune Smiles” are the pieces I would have most liked to learn how to play. Sadly, since suffering two strokes in 2018 Jarrett has been unable to perform.

Here’s a very recent photo of a very fast automobile: 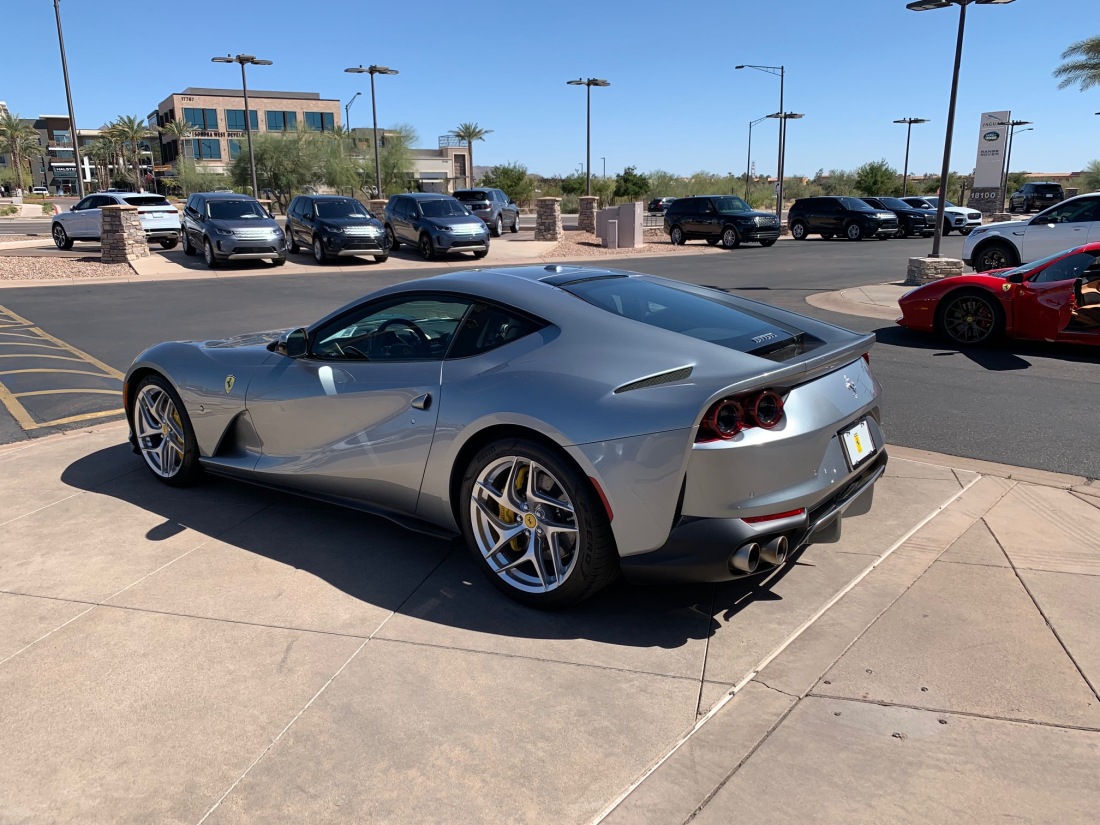 This is a Ferrari 812 Superfast. How much? Apparently, its price is so high that you have to ask the dealer; the price was not shown on the sticker as it is on almost all cars. The MSRP for a “reasonably” equipped 2020 model was about $400,000. Other cars in this complex have a sticker price in that neighborhood and yet those prices are displayed on the cars. I guess I don’t really know why the sticker reads, “Ask Dealer For Pricing.”

I could probably visit this luxury make complex once a week and never get tired of it. Many of the people on the lot are automobile “sight-seers,” people who obviously have no intention of ever buying one of these cars, but just want to see them and to take pictures. Is it better to actually be able to afford one of these cars, knowing that doing so would seriously damage one’s net worth, or not be in a position to afford one and, therefore, never be able to succumb to temptation?