My condolences to the family of Willie McCovey including his San Francisco Giants family. He was one of my favorite baseball players when I was young. In his seminal work, The Historical Baseball Abstract, Bill James wrote this about McCovey:

“McCovey lost three years as a regular at the start of his career because the Giants came up with McCovey and [Orlando] Cepeda at the same time and couldn’t play them both at first base. He lost significant parts of ten other seasons to injuries. The heart of his career was in the 1960s, the most pitching-dominated decade since Ruth. He overcame all of these things to hit 521 home runs…if he played in the 1990s with the DH and the modern parks, he’d hit 800 home runs.”

One of the important tenets of modern analysis is adjusting for context. If every player has a .300 batting average, then a .300 batting average is nothing special. (The entire National League had a .303 batting average in 1930, for example.) In my early days in baseball I had a very difficult time getting this point across. As Bill has written, statistics are not truth, anyway; they are an approximation of the truth. To severely paraphrase Shakespeare, there is nothing good or bad but context makes it so.

I hope in the near future that the daily high for views and visitors are set so often that they no longer merit mention, but thanks to all of the readers who visited yesterday so that, for the second time in less than a week, a new daily “record” was set for views and visitors for Disaffected Musings. Thanks especially to all of the Hemmings, Car and Driver and Corvette Forum readers who visited. If you’re reading this, welcome back and please keep reading. (https://disaffectedmusings.com) 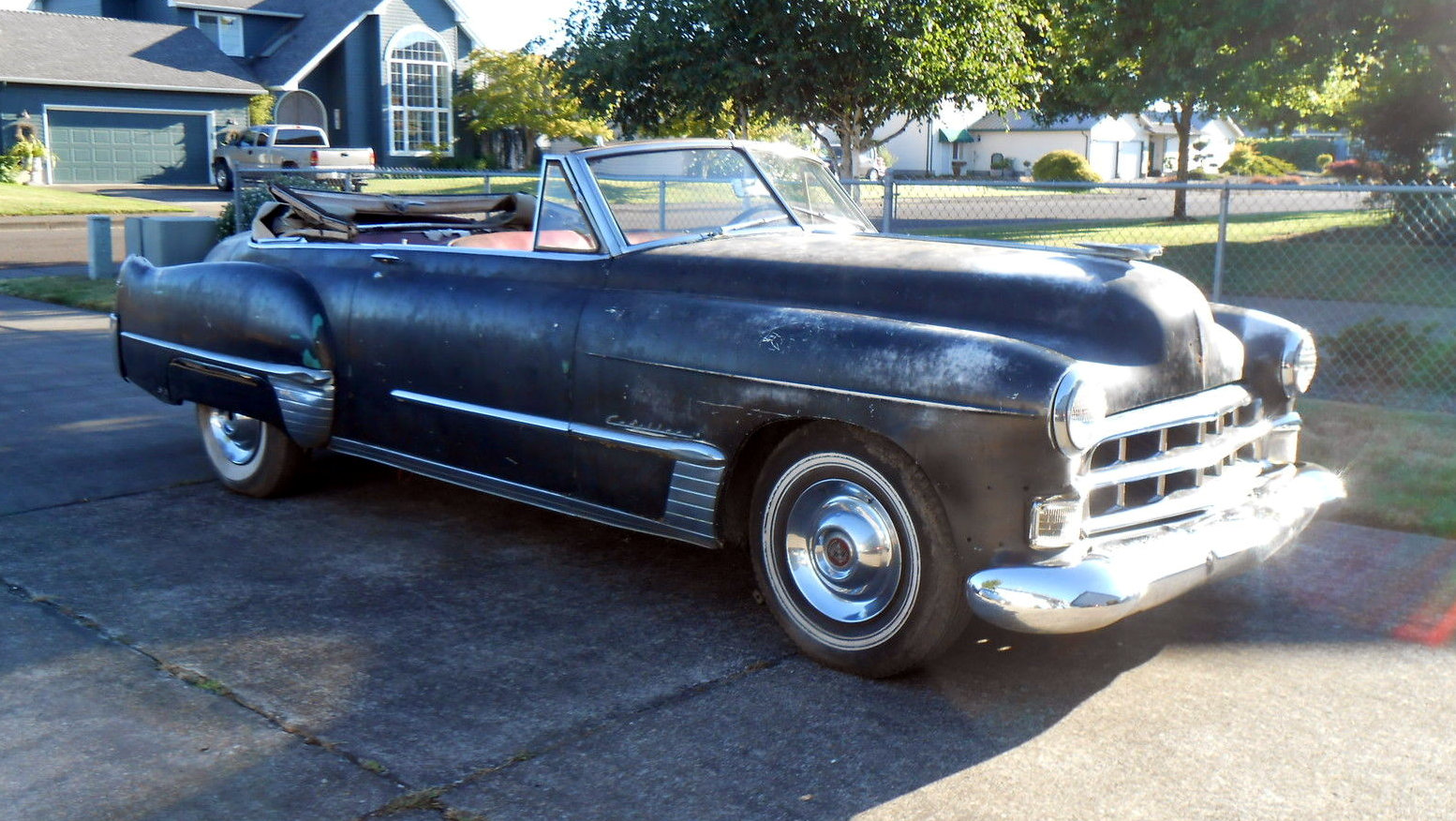 From barnfinds.com a picture of a 1949 Cadillac Series 62 convertible that appears to be a genuine barn find. Note the small fins at the rear of the car. The beginning of the fin trend actually started with 1948 Cadillacs and almost everyone knows that Harley Earl and his fellow GM designers were inspired by the design of the Lockheed P38 Lightning airplane.

1949 was a significant year because it was the first year that a modern, overhead-valve V-8 engine was available. Both Cadillac and Oldsmobile featured such engines in their 1949 cars. It was the second time in a decade that those two makes offered a groundbreaking innovation as the first truly modern automatic transmission (the Hydra-Matic), jointly developed by Cadillac and Oldsmobile, was first offered by Oldsmobile on its 1940 model year cars. Of course, something called World War II interrupted automobile innovation in the interim.

I know I have written about the 1949 Cadillac and the OHV V-8 before, but that car and engine were very significant. Hey, I’m getting old and starting to repeat myself. What can I say?

Can I hijack a hashtag? #tbt