These admittedly less than stellar photos are the inspiration for today’s post title. 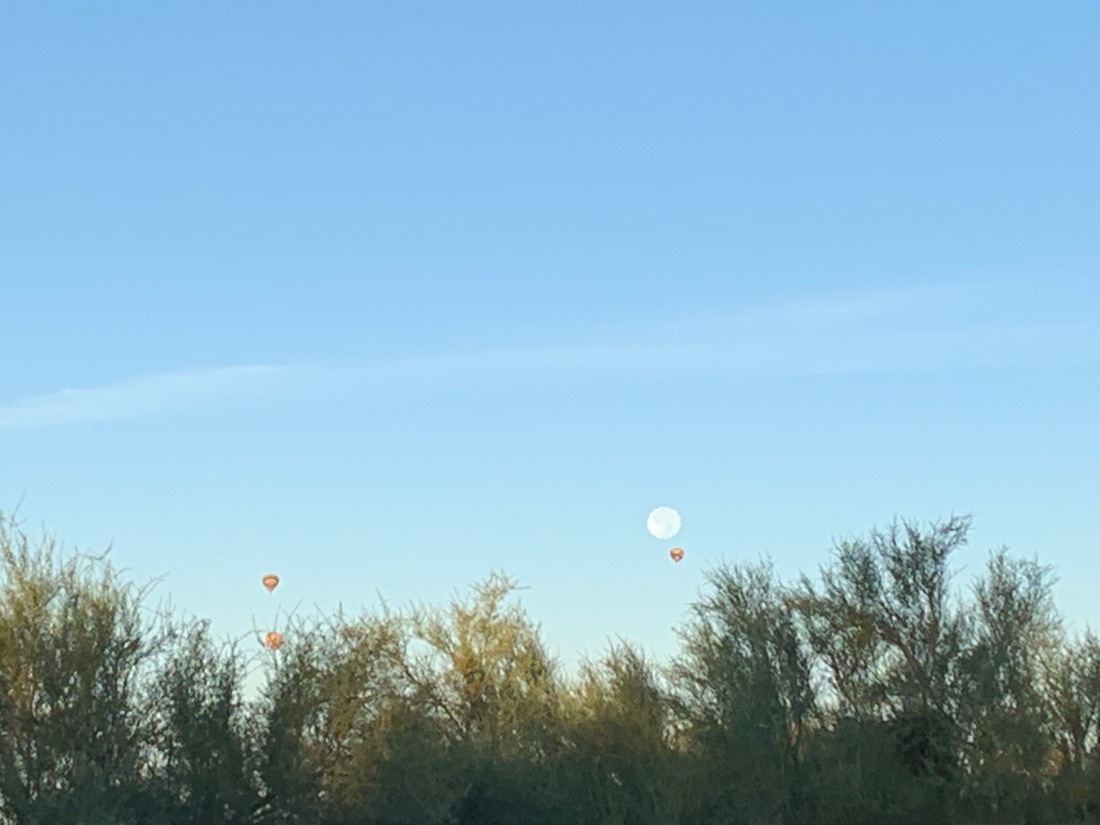 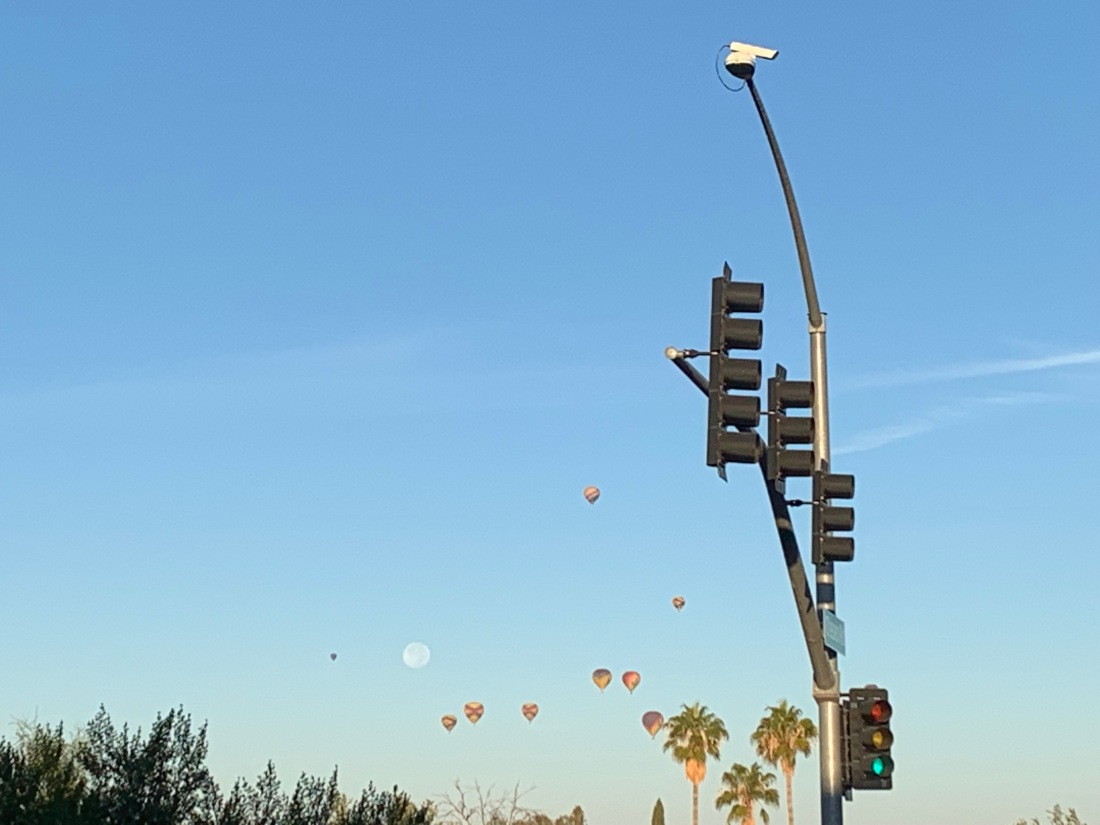 As I have written a time or two before, hot-air ballooning is popular here. The juxtaposition of the balloons and the almost full moon was irresistible; I just wish the photos had turned out better.

The power of Cristy Lee…yesterday saw the most views in a day without a post in the 45+ month history of Disaffected Musings. The last three days have had, basically, a week’s worth of views and visitors.

That ear next to the left side of her face is my ear. This picture was taken at the Barrett-Jackson auction in Scottsdale, almost three years ago.

My wonderful wife and I plan to attend the next Scottsdale auction in about three months. It was that trip in January of 2019 that sparked the desire to move to Arizona, which culminated in our move almost a year ago.

It is really incomprehensible to us that we have been living here almost a year. Of course, as is the case with life, it has been far from an all-good period, but we are happy to be here.

According to 365 Days of Motoring, on this day in 1896 William Jennings Bryan became the first US presidential candidate to campaign in an automobile during a stop in Decatur, Illinois. A blog post is an inappropriate venue in which to discuss Bryan’s life.

One thing that interests me, though, is the fact that Bryan was born before the outbreak of the US Civil War and yet rode in an automobile. He lived to see powered, heavier than air flight. Do people really assimilate the sometimes immense changes in technology that occur during their lifetimes, or is it like losing hair and losing weight in that it takes an outsider to really notice? Of course, when it comes to the changes in technology, who would that outsider be?

I have long been fascinated with the concept of time travel although I am in the camp that meaningful time travel will never be possible. I wrote a post whose link I cannot find about taking a modern performance car back to the 1950s or 1960s and what effect it might have on the car enthusiasts of that day. Even more dramatic might be taking such a car back to the nadir of American automotive performance, the mid 1970s through the early 1980s, and seeing the effect it would have.

Of course, many car enthusiasts of today were alive when cars were denuded. Do they appreciate what cars of today can do? From Muscle Garage a picture of a 1981 Corvette:

This car was available with only one engine, a carburetor-fed, 350 cubic-inch V-8 that produced 190 HP and 280 LB-FT of torque. The available manual transmission had four speeds while the available automatic had three.

In the last Corvette generation–the C7, which ended with the 2019 model year–the base engine had 460 HP/460 LB-FT of torque and was available (from 2015) with either a seven-speed manual or eight-speed automatic. Cars today have ABS systems, airbags, cameras, satellite navigation, etc.

Of course, the entire automotive industry is attempting a sea change towards electric-powered vehicles. The actual speed and magnitude of that change remain unclear, in my opinion. For the nth time, the American electrical grid is not close to being able to handle millions of electric cars plugged in every night. However, a permanent move away from ICE-powered cars seems inevitable.

When those a decade or two younger than I am are, for the most part, driving such cars will they appreciate the magnitude of the change?