The following might be the very definition of minutia, but interesting to me, nevertheless. Until about 3 PM local time yesterday, only three blog links were clicked for the day: that day’s (yesterday’s) post, the main link to the blog and the link to the previous day’s post. I cannot recall that ever happening before.

Without exception, until yesterday, some readers click on some of the “Related Posts” links at the bottom or, much less frequently, click on the embedded links to other posts. Let me quickly add that the total number of views and visitors yesterday was more than acceptable, they just had an unusual distribution until mid-afternoon. On some days, as many as 20 different posts receive views.

I don’t know if yesterday’s occurrence is good, bad or neither. When a person has been writing a blog almost every day for almost five years, the attachment is very strong.

My wonderful wife sent me the link to this story. It is about a 1935 Derby Bentley barn find that sold for $74,000 at auction after having been covered under sheets for 50 years. Here is the first picture (of many) shown in the piece: 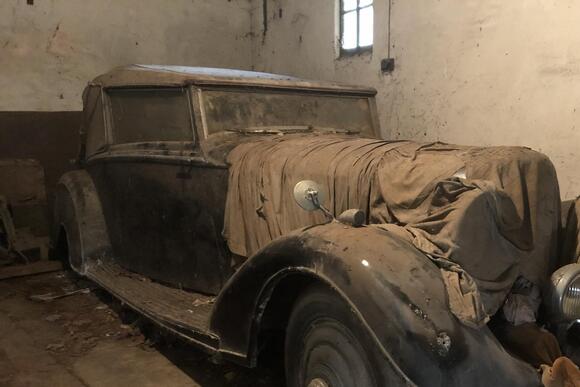 These stories are not quite as rare as one might think, but are still very interesting, nevertheless. I immediately thought about Jay Leno finding what probably was the last original-owner, un-restored Duesenberg in the world just sitting in a Manhattan parking garage.

If the West makes any deal with the beyond evil government of Iran, it will be worse than what happened after Neville Chamberlain’s decision to appease ; didn’t have nuclear weapons. Iran is now supplying Russia with missiles and drones to help the Russian dictator’s barbarous attack on Ukraine and its civilians. Iranian-made drones have attacked Kyiv, and the targets are civilian ones, involving infrastructure. I am reminded of Winston Churchill’s remark to Chamberlain shortly after the Munich Agreement: “You were given the choice between war and dishonor. You chose dishonor and you will have war.”

The path of least resistance is not always the optimal course of action. Life sometimes requires the execution of very difficult deeds.

How to segue from the last section…this post from Colin-on-Cars is about the restoration of an iconic Toyota 2000GT. From the piece:

The 2000GT really punched above its weight class in terms of impact despite low production. Only 351 of these were made between 1967 and 1970. Of course, the Datsun/Nissan 240Z–the production of which began in 1969–bears more than a passing resemblance to the 2000GT. Was that a coincidence? If you believe it was, then I have some land for sale in Florida. Whadda ya mean, it’s under water half the year?!

By the way, a 1967 2000GT sold in June of this year on Bring a Trailer for…$1.15 million. Speaking of BaT, the number of active auctions continues to climb. At present, the number is well over 700. When I first started following the site, that number was, almost without exception, between 200 and 300. Perhaps one of these days I will buy a car on Bring a Trailer.