I have often heard it said that of the five senses it is the sense of smell that evokes the strongest memories and emotions. For me, however, it is the sense of hearing, more specifically, hearing music that elicits the strongest reactions. I stumbled onto this yesterday. It is the closing theme for This Week In Baseball around 1980. I must admit getting a little teary-eyed hearing it for the first time in decades. (I sometimes have a similar reaction listening to the classic NFL Films music from the 1960s and 1970s composed by the late Sam Spence.)

First, I think it is a magnificent piece of music. Second, it brought back strong memories of a time long ago that seemed much more innocent, even though in hindsight I must acknowledge that is probably a romantic fantasy. It was a time when anything seemed possible. It was also a period when I was just a big fan of baseball, before I became a baseball executive and consultant and certainly long before the baseball industry discarded me like last week’s trash.

Many people in my life still, deep down, don’t believe that baseball is not a part of my life, anymore. The fact that it is not doesn’t mean, though, that it was not an important part of my life in the past. The past can never be changed.

Speaking of baseball…I think it’s worth noting two accomplishments. The first is Albert Pujols becoming just the fourth player in major league history to hit at least 700 career homeruns. (That’s in the regular season. The cheat, philanderer and all-around jerk, Alex Rodriguez, reached that level if one counts the playoffs.)

Pujols’ first major league season, 2001, was also my first as a baseball operations/player personnel consultant for major league teams after having worked in two full-time baseball positions for a total of 10+ years. He had one of the greatest seasons for any rookie in history, made even more impressive by the fact that he had played just one season in the minors and most of that at a level far below the major leagues.

After his rookie season, many in the game felt that Pujols and the Cardinals, his original and current team (with stops in between), were lying about his age, believing no 21-year old could be that good given his lack of minor league experience. Since he’s having a good season 21 years later, that belief seems false, at least to me. I think it’s extremely unlikely a 45- or 47-year old could still be a productive major league hitter. 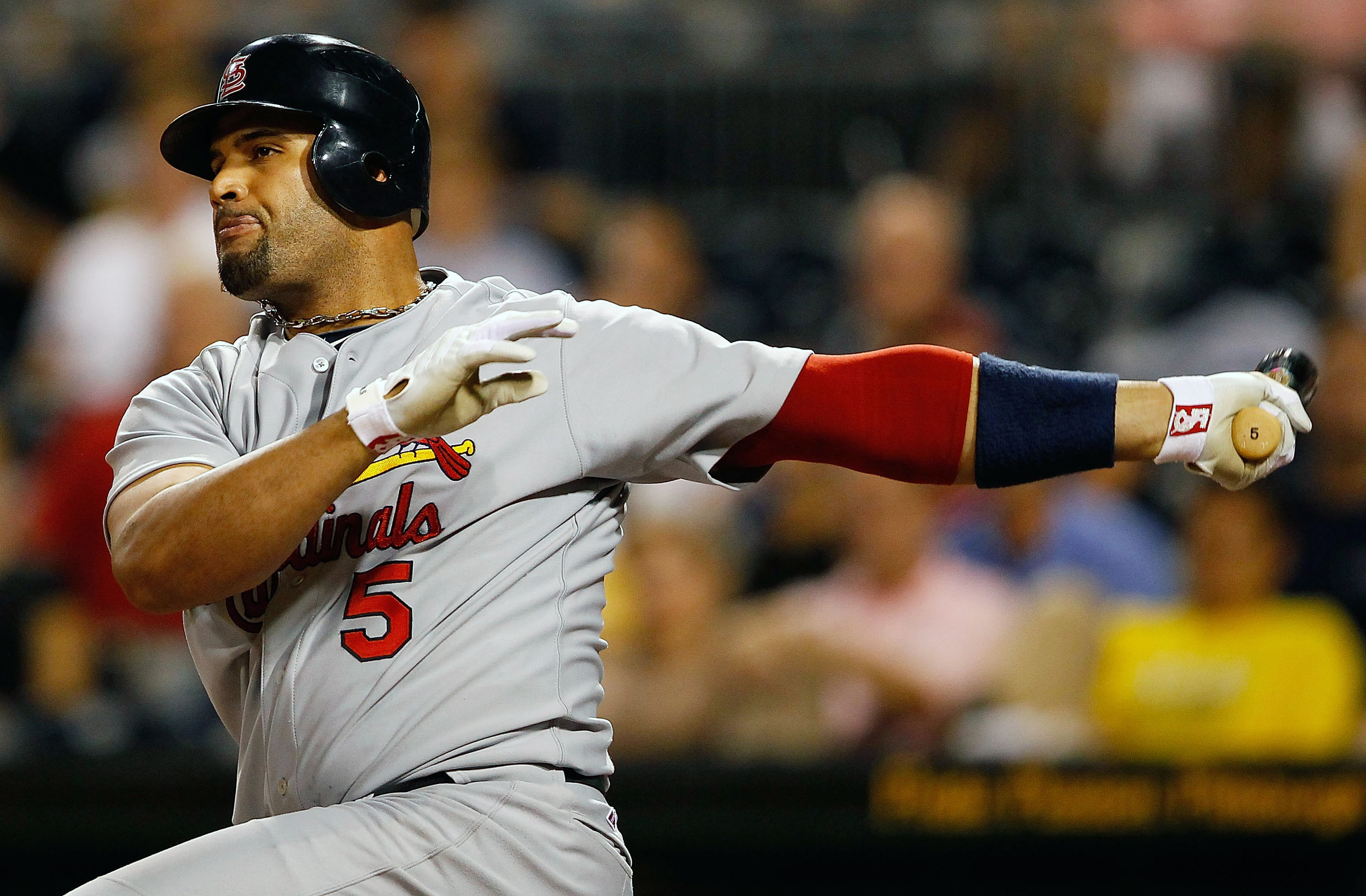 The second feat to mention is Aaron Judge becoming the sixth player to hit 60+ homeruns in a single season. He is the third New York Yankee (after Babe Ruth and Roger Maris) to do so; that represents all of the times a player has reached 60 HR in the American League. The three National League seasons (Mark McGwire, Sammy Sosa, Barry Bonds) are tainted by the stench of steroids.

Judge also has a good chance to win the old-fashioned “Triple Crown,” which is when a player leads his league in batting average, homeruns and runs batted in (RBI) in the same season. With baseball expanding from the “original” 16 teams to its current 30, it was thought that winning the Triple Crown was a virtual impossibility. However, another baseball prodigy, Miguel Cabrera, reached the feat in the American League in 2012.

We now know that of the traditional metrics, on-base percentage (OBP) and slugging percentage (SLG) are more important than batting average because they correlate better with scoring runs and winning games. The number of homeruns, while significant, is kind of a narrow focus and RBI are as dependent on the ability of teammates to reach base and run the bases as it is on any given hitter. The great Branch Rickey once remarked, “RBI are not only misleading, they’re dishonest.”

OK, that’s probably more than enough baseball for most of you. Time for football…

Although this seems to mystify many casual fans, two more ranked college football teams lost to unranked teams yesterday. These “upsets” happen every year. The rankings are not compiled by a “higher power” and anything can happen in any one game. Actually, the only rankings that really matter are those created by the College Football Playoff (CFP) committee and those don’t begin until late October, I believe. (C’mon, 12-team playoff!) The other rankings exist solely for the purpose of increasing interest in the sport.

While Texas Tech beating Texas was an upset, Miami losing at home to unranked Middle Tennessee State was a real upset. The Hurricanes were a 25-point favorite and the Blue Raiders had never previously defeated a ranked team, although they have only played at the top collegiate level since 2000. To add insult to injury, the University of Miami athletic department paid MTSU $1.5 million to play the game. (Yeah, college football players shouldn’t be paid. My ass…)

The word counter at the lower left starts with an “8” so I am going to sign off. As always, I welcome thoughtful comments.