My wonderful wife and I were both immediately smitten by the looks of this car. (The picture is from chryslerboano.com, which is not a secure site. Hey people, it’s not difficult to make your site secure. Why it’s not done all the time is beyond me. (OK, maybe unscrupulous people want you to visit a site that is not secure.) Since last night’s Big Bang Theory series finale I cannot get the show’s theme song or “Soft Kitty” out of my head. I thought it was a good, not great, end to the show. I know it’s TV and I have to “suspend my disbelief,” but Sheldon’s reverting to his obnoxious and self-centered personality after winning the Nobel Prize in Physics only to have an epiphany of selflessness while accepting the prize seemed somewhat forced and inorganic to me. Yes, it’s America and people want a happy ending. That was delivered, for sure. Once again, while no one connected with the show will ever read this I offer my thanks to the cast and crew. I am sad that The Big Bang Theory will no longer be produced.

From Hollywood.com a picture of the cast of The Big Bang Theory.

A recent photo by yours truly of a Pontiac Solstice Coupe. I don’t think I had ever seen one in person until this. While a Solstice has been featured in a previous Frugal Friday, and I have written about it and its close cousin—the Saturn Sky, I have not featured both of them in a Frugal Friday post.

Obviously I am a big fan of these cars. While they shared the same platform they did not share any sheet metal. I like the looks of the Sky more than the Solstice, but I think both cars are quite handsome.

My wonderful wife and I have both test driven a Sky, although not in Red Line spec. The Sky Red Line and Solstice GXP had a 2-liter/122 cubic-inch, turbocharged four-cylinder engine that produced 260 HP/260 LB-FT of torque, which still might be the highest specific output of any GM engine ever. An available dealer installed option was a modified computer tune and two new sensors that resulted in an increased output to 290 HP/340 LB-FT.

Today’s Frugal Friday, therefore, is the “best” deals on a GXP and Red Line. Much subjectivity is involved as it’s not necessarily the least expensive car offered for sale in the US, but a combination of price and perceived quality. The Solstice first:

Picture via Autotrader; it is a 2007 Pontiac Solstice GXP in Yellow over Black with a manual transmission and just 37,000 miles. I limited my search to cars with fewer than 60,000 miles. The seller is asking $14,490.

Also from Autotrader and, obviously, offered by Lucky Line Motors (in Fredericksburg, VA) is a 2007 Saturn Sky Red Line in Black over Red. This Red Line has 51,000 miles and has an automatic transmission. The dealer is asking just $10,990.

It’s hard for me to imagine two more interesting cars that are so affordable. For the nth time the average “transaction price” of a new vehicle in the US is approaching $40,000. The list price of both of these cars combined is only about $25,000. A shout-out to David Banner who suggested a feature like this.

Since it is likely I will begin revealing my Ultimate Garage 2.0 tomorrow and since that reveal, along with the cars that just missed the cut, will take about two weeks, Throwback Thursday and Frugal Friday will not appear until after Ultimate Garage 2.0 is finished.

I hadn’t planned on posting again today, but I also didn’t expect to receive the email I am about to share. I sent the URL for the post Congratulations! to Buick. An aside: I couldn’t send an email to General Motors per se, but had to pick one of the makes. Since you probably don’t have this blog memorized like I do, the majority of the post was about the Pontiac Solstice/Saturn Sky and I wrote that I have long believed that the Solstice/Sky should be improved and revived and sold by Buick as a halo car. That’s why I sent the link to Buick because, of course, neither Pontiac nor Saturn exists.

Here is a portion of an email I received today from the Buick Customer Assistance Service Team:

“Thank you for contacting Buick Customer Assistance Center.  We appreciate you taking some of your time to write, and share with us this link, featuring two of our GM vehicles, a Pontiac Solstice GPX [sic], and a Saturn Sky Red Line.  We are very pleased with your enthusiasm for GM brands!

We are not ruling out the possibility of bringing these vehicles back to the market.  [emphasis mine] Please note that your suggestion is documented and made accessible to the appropriate department for proper review.  The Service Request Number that we have created for your feedback is…”

While I realize that replies like this are done to foster goodwill among the car-buying public, and I doubt I am the only person to send such an idea, I have to admit I was excited by “We are not ruling out the possibility of bringing these vehicles back to the market.”

I would be more excited if I were to receive one of these cars as a token of appreciation if/when they are revived. 🙂  What would they call it? Buick Wildcat, Buick Electra…Wouldn’t it be nice?

From topcarrating.com a picture of a Pontiac Solstice.

From conceptcarz.com a picture of a Saturn Sky. 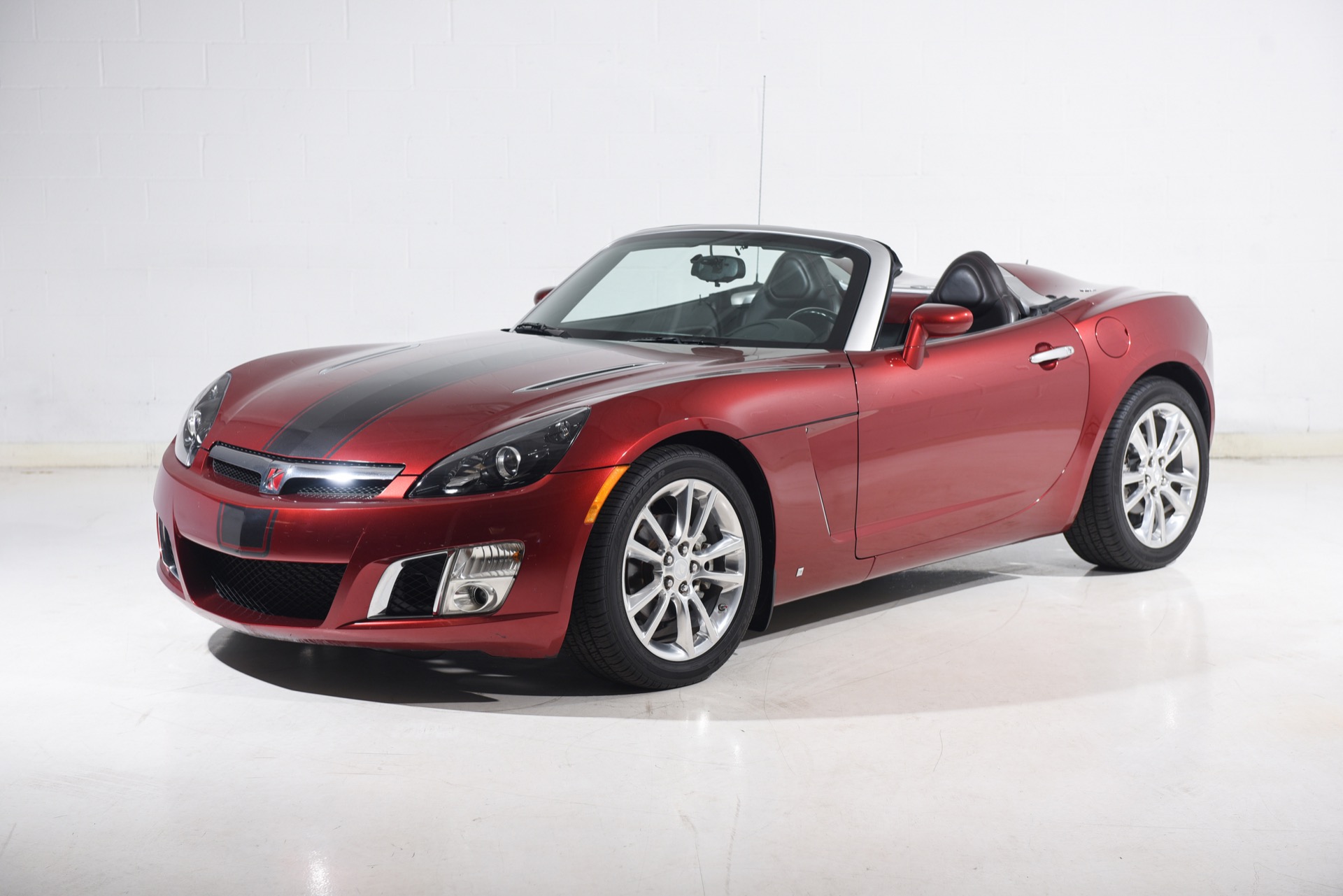