I’m taking a break from Throwback Thursday this week. In general, I am a believer in open trade. I don’t call it free trade because I believe that nothing is free or without sacrifice. While I am opposed, in general, to tariffs and to other trade barriers I have thought since the beginning of the current trade tensions that for the US the hoopla is largely much ado about nothing. Apparently I am not the only person who thinks this way. From this CNBC article (where else?) comes this: “The real risk from the trade wars [with China] is less about tariffs going up and hurting consumer spending. It’s more about confidence.” Those are the words of Ethan Harris, head of Global Economics at Bank of America Merrill Lynch. If I may paraphrase Mr. Harris, the actual “hard” effect on the US economy from a reduction in trade with China would be small, but if a decline in consumer confidence occurs that manifests itself in a major change in consumer behavior, then bad effects could become a self-fulfilling prophecy. That conclusion to me is far from the “the sky is falling” reaction we hear and see from many with a media voice.

The headline from the same article read, “Trade wars could be worse for China’s economy than the pain they inflict on US.” Make of that what you will. Remember that pride often goeth before the fall. Both the US and China could get stuck in a “don’t lose face” scenario which takes both countries to a place they didn’t want to go. I believe that the origin of the idea of “losing face” is Asian.

From corvetteblogger.com a picture of a 1967 Corvette restomod with an LT1 engine from a C7 Corvette (2014-present). I would rather have the hardtop in place than the soft top and the wheels are little busy for me, but that’s a beautiful car.

While I don’t have any agreement in place to build my C2 (1963-1967) restomod, I did receive some “good” news regarding that build. The company with whom I have been communicating about the possibility of doing the project—and the company that is 99% likely to get the business when I finally commit to it—told me that my estimate for engine/transmission/chassis was off by about 20% on the high side. As I wrote them maybe that means I’ll get to have a really nice paint job, after all.

I have to admit that my obsession with a car I don’t own, a car that I can’t possibly own for at least two more years barring unforeseen circumstances, is making me think about selling my Z4. OCD is not a good thing even if it’s OCD-lite.

The fact that I occasionally post comments on car websites should come as no surprise. Car and Driver recently posted an article about the upcoming rebirth of the Toyota Supra. At first, the comments were very harsh about the car. I then posted this:

Wow! Lots of hate towards Toyota…at least they are SELLING a sports car even if they weren’t primarily responsible for its development. In my opinion, anything is better than another CUV or SUV or pickup truck.

That statement seemed to resonate with a lot of people. If you don’t know (or even if you do) the Supra will be the result of a joint BMW-Toyota project in which BMW will produce a new Z4 convertible and Toyota will produce a new Supra coupe. The cars will share much engineering. That fact as well as the animosity by manual transmission snobs [that’s what they are] because no manual will be available in either car led to many hostile comments at first.

This CarBuzz article includes the following remark from Peter Langen, BMW boss of driving dynamics (where do I get a job like that?!), “For us, it’s really important. We made a decision to have more SUVs because customers want to have these cars, but it’s also important to underline sportiness and joy, which are the brand values of BMW. The Z4 will show those values very well.”

While I don’t agree with the bashing of the “old” Z4 by the auto press, the car is most definitely not just a boulevard cruiser, I am happy to hear that BMW has tightened the car a bit although I am not happy that the hardtop convertible is gone. 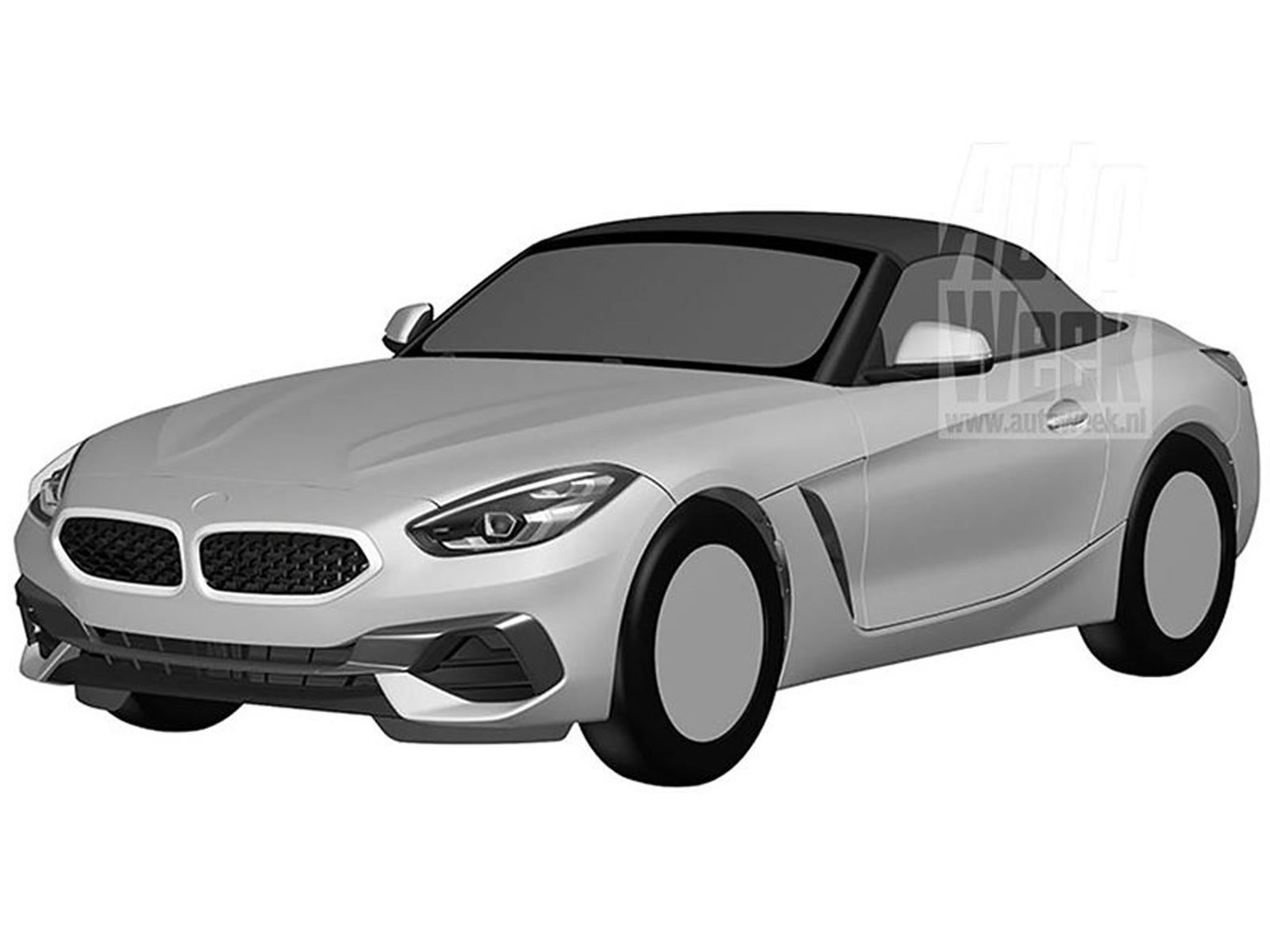 From the CarBuzz article and from Autoweek in the Netherlands, a rendering of what the new Z4 may look like. BMW and Toyota have entered into an agreement to jointly develop and use a “sporty” platform. The Z4 will be the convertible and the revived Supra will be Toyota’s new sports coupe. I believe all of the cars will be manufactured in Graz, Austria, which has become an auto manufacturing center.

Back to the reviews of the “old” Z4…from Edmunds here are parts of their review of the 2009 model, the first year of the second-generation Z4:

“The new Z4 is significantly more refined, there’s a little more room inside and it now boasts a power-folding hardtop…The Z4 mostly delivers when it comes to performance, the exception being its artificial-feeling electric power steering, and it adds a level of sophistication that few small convertibles can match…Visually, the car is stunning. There’s even a hint of the classic BMW 507 from the 1950s if you look closely at the front end treatment. The power-retractable hardtop also adds a whole new dimension to the car. Owners still get the al fresco driving experience of a convertible, but now they can seal up the car with the hardtop when the noise, wind and/or temperature get to be too much…The twin-turbocharged sDrive35i is better yet, offering up authoritative yet refined acceleration with no perceptible turbo lag. The snarky exhaust note only adds to the fun and gets angrier as the revs climb. The new dual-clutch automated manual transmission delivers quick and smooth shifts in manual mode, yet it doesn’t lurch in parking lot situations, and gently easing into the throttle doesn’t result in a sudden snap. In terms of handling and steering, BMW’s latest roadster is sporty enough for most…”

So, maybe not all of the reviews were as negative as I remember. As I have written ad infinitum, when my car is not giving me problems it’s a great car to drive and to see.