I must admit that I often have the feeling, “What good does any of this do?” I often feel as if I am spending too much time preaching to the choir. I actually think it’s almost impossible to do anything else these days.

Due in large part to the scourge of “social media” too much of the world’s population is firmly entrenched in bubbles of thought, never considering that their “favorite” ideology is filled with dangerous inconsistencies and is woefully inadequate in dealing with real-world complexities.

In the current debate over infrastructure one truth that is being left out is simply how difficult it has become to actually get such projects completed in a timely manner. Consider that it took four years to build the San Francisco-Oakland Bay Bridge in the 1930s whereas it took two decades to repair one-third of it after the 1989 Bay Area earthquake. Here are some words of wisdom, IMO, from George Will:

“Can today’s nation — divided by the politics of envy and race-mongering; with “leaders” too timid to ask 98.2 percent of Americans (those earning less than $400,000) to pay for the gusher of new government benefactions — perform great feats?

Last month was the 60th anniversary of President John F. Kennedy’s speech summoning the nation to send astronauts to the moon in the 1960s. Ben Domenech, publisher of the Federalist, says of the speech: “It seems like it comes not just from a different time but from a different country.” Kennedy’s challenge required accomplishing 2 million tasks, a million of which involved then-uninvented technologies. He did not stoke racial or class divisions; he spoke of a national identity receptive to great and uncertain exertions. He did not pander to particular constituencies, promising union jobs and racial “equity” throughout the space program. Instead, he asked the nation to take gigantic risks for the nation’s, and humanity’s, benefit.

Whereas “Kennedy called the nation to dare,” today, Domenech writes, America is where “schools can’t fail kids for giving the wrong answers, where teachers refuse to teach even with precautions and vaccinations, and where local authorities won’t put down riots.” A different country.” (My question: would Kennedy be considered a traitor by today’s Democratic party? He also played a major role in a large tax cut.)

The US is headed for dissolution, which is not surprising when such a large segment of the population does nothing except harp on differences. Whatever happened to “first earn, then receive?” Yes, I suspect I am preaching to the choir as people who think differently from me don’t read this blog. However, just as the rest of the world laughed at me in the 1980s–and was wrong–when I said baseball teams eventually would use data as the linchpin of their decision-making processes, I am more certain than ever that the US as we know it will not exist in 50 years. Unfortunately (maybe not), unlike in baseball where I lived to see my predictions come to fruition, I will not live 50 more years.

Yesterday marked 31 weeks that we moved into this house. We decided to make a real dent in the mess in the room that is supposed to be, eventually, our guest bedroom.

Let me repeat my belief that the interstate moving business is a racket. Anyway…many of the items in this room were packed pictures. Opening one of them made my heart sink. The glass for a framed picture of Secretariat had broken and one of the shards had left a six-inch long scratch on the picture.

We have already “settled” on our damage claims, so we cannot be reimbursed for this. It’s not as if this piece is worth hundreds or thousands of dollars, but it has/had tremendous value to me.

While I am happy to be in Arizona, this move was even more stressful than my first cross-country move when I left the area in which I was born and raised. Not only does the financial bill seem to increase without end–you cannot imagine how much money we have had to spend on this house already–but it seems as though I am suffering from sort of a delayed stress syndrome.

OK, I had another strange dream. Yes, I know that dreams often don’t mean anything, that they are–supposedly–the brain filtering and sorting information without the intent of that information being interpreted. However, I think dreams are often an expression of fears and wishes. Anyway…I had an appointment at the Mayo Clinic. My appointment was in room S151; yes, the room number was very prominent.

After a long and angst-inducing search, I finally found room S151 and its large sign that read “Room S151.” However, I heard people calling my name and after another stress-inducing interval I saw three people, each sitting in a separate chair with plexiglass partitions, on the other side of the wide hall. They were the ones calling my name. I then woke from this dream. All I can write is WTF?!

After more than a week of wind and rain and even snow, this morning is still and sunny. However, “inclement” weather can create some amazing images around here. These have NOT been Photoshopped:

Yes, the rainbow is in front of the mountain. Incroyable!

“Still” Saturday can also refer to the fact that I still, and will probably always, have strange dreams. Two nights ago I dreamt that I needed gas in my car, although I don’t think it was the Z06 but some generic vehicle that still needed premium gas. When I finally got through the long line to get to the gas pumps, I discovered that they were basically buried in the ground. That meant I had to get out of my car and sit on the ground to pump the gas. In addition, this gas station did not have 91 Octane (the highest usually available in Arizona), but only 87 and 89 Octane.

Last night/this morning I dreamt I was obsessed with some prop from the show ER when I discovered it was being carried around here in the back of a truck. I told my wonderful wife that I would have to stay with the prop for awhile and climbed into the back of the truck. WTF?!

In yesterday’s Frugal Friday post a Saab 9-3 convertible was one of the cars I mentioned. Later in the day I watched an episode of For The Love Of Cars with Ant Anstead (recently of Wheeler Dealers) and Philip Glenister. This was the car featured in that episode: 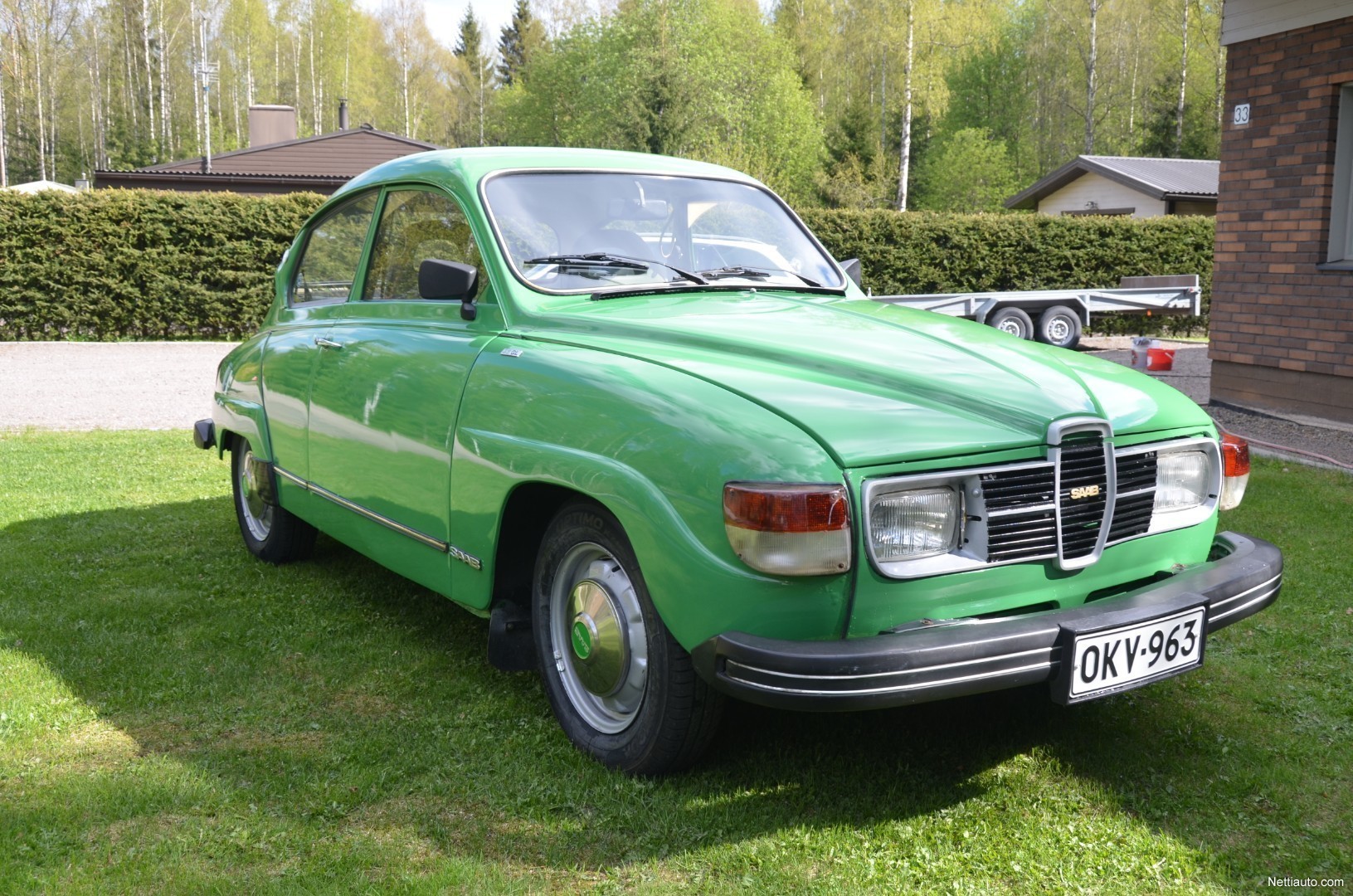 From Nettiauto (note the credit in the lower right) a picture of a Saab 96. This same make/model was featured in an episode of Wheeler Dealers with Ant Anstead.

For some reason, these “oddballs” are appealing to me. I guess one could say, “Consider the source.” What’s even more odd is that I would restomod this car. I would keep it a front-wheel drive layout, but with a modern FWD drivetrain and, of course, would upgrade the suspension and the brakes, etc. Consider the source, indeed…