That is the “new” sound of my Z06 starting for the first time in the morning. Apparently, my neighbors hear it very well. Oh well…

Now, look at this:

That is one of the displays available on the Driver Information Center in my car. On occasion, while stopped at a red light, I will flip through the displays. More often than not, the average gas mileage for the last 50 miles is at least 20.0.

One of the reasons for the respectable gas mileage is that driving around here means not having to encounter a lot of red lights or stop signs. Another reason is that I do not drive with a lead foot. A third reason is that some of the characteristics that make my car fast (light weight, aerodynamically efficient shape, etc.) also make it surprisingly efficient. I don’t think cylinder deactivation, which is even included in the LT4 motor, is a large factor in the mileage numbers, but it certainly doesn’t hurt.

Think about that: my car has over 600 HP and almost 700 LB-FT of torque at the rear wheels and yet is usually getting 20+ MPG. At 75 MPH, the speed limit on Interstate 17 north of here, the engine is turning at less than 1,500 RPM. The fact that the 8L90E transmission has two overdrive gears obviously makes for better gas mileage in highway driving.

I hope I am not jinxing anything, but the more I drive the Z06 the more I like it. What the hell: I love my car. 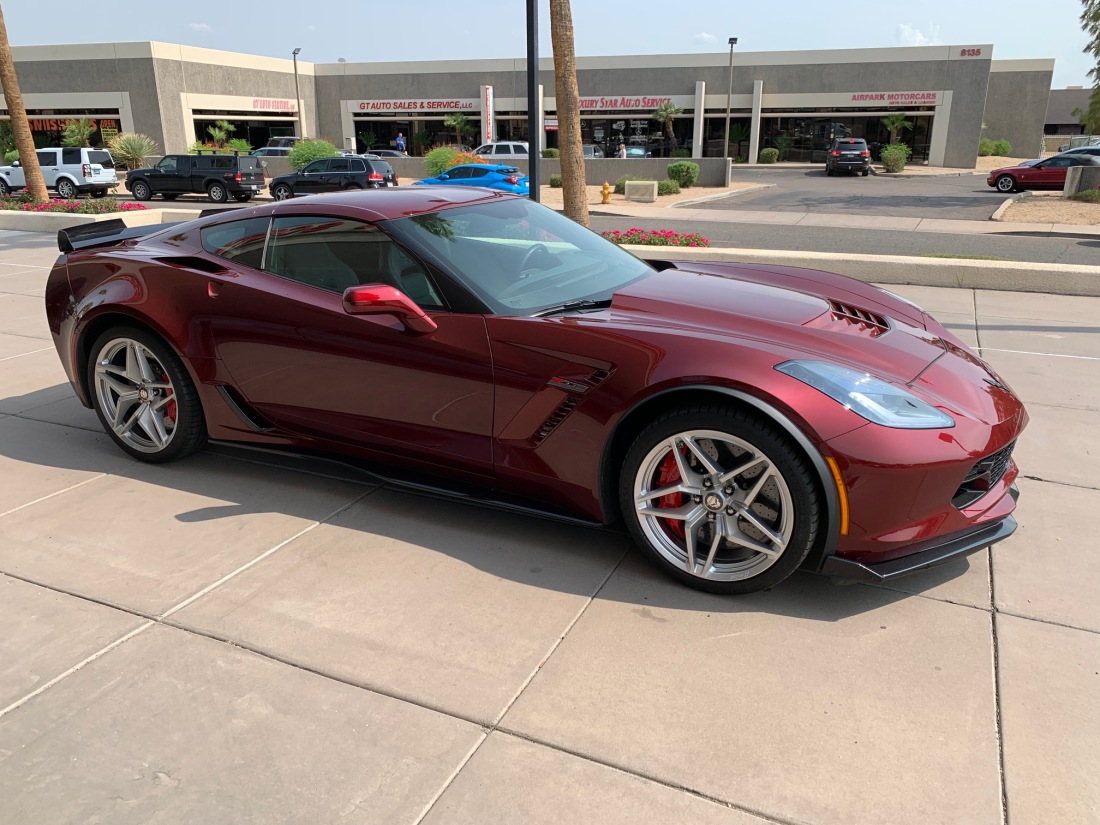 While Chevrolet gets ready to introduce the C8 version of the Z06 next month, this Corvette Blogger article reports that the “E-Ray” Corvette will be a performance hybrid, but more like the soon to be discontinued Acura NSX than the McLaren P1 or Ferrari LaFerrari. (That role, supposedly, will be filled when the “Zora” version of the C8 is introduced, perhaps for model year 2026.) Apparently, the engineers driving the E-Ray prototype were also driving an NSX as a benchmark.

The article speculates that the E-Ray will fill the role of the Grand Sport in the Corvette hierarchy. Whether or not a ZR1 version will be offered is not clear although some leaked production documents suggest it will be offered after the E-Ray, whose introduction has probably been pushed back to model year 2024. The ZR1 is not supposed to be anything but an old-fashioned ICE-powered car although the engine is supposed to be a twin-turbo version of the motor that will be offered in the Z06, which itself will have a naturally-aspirated engine.

Yes, the Corvette is going electric. I am not crazy about that idea, at least not about the idea that one will only be able to buy an electric new Corvette, but it is what it is. I am still convinced that the US electric grid is not close to being capable of handling 50 to 100 million electric cars being plugged in every night, but what do I know? (Yes, that’s a bit of sarcasm.) Hey, that’s why we’re buying a whole-home backup generator.

I don’t think I will post tomorrow. Never Forget!