First, from this piece:

“Households headed by a ‘conservative’ give, on average, 30 percent more dollars to charity than households headed by a ‘liberal.’ This discrepancy is not an artifact of income differences.” I can’t stand when people give off the “do as I say not as I do” attitude. Charity and philanthropy are great; coercion is not.

Today is not his birthday (that’s May 7) and the fact that the NFL draft starts a week from today isn’t really relevant, but I wanted to show a picture of “the man” today: 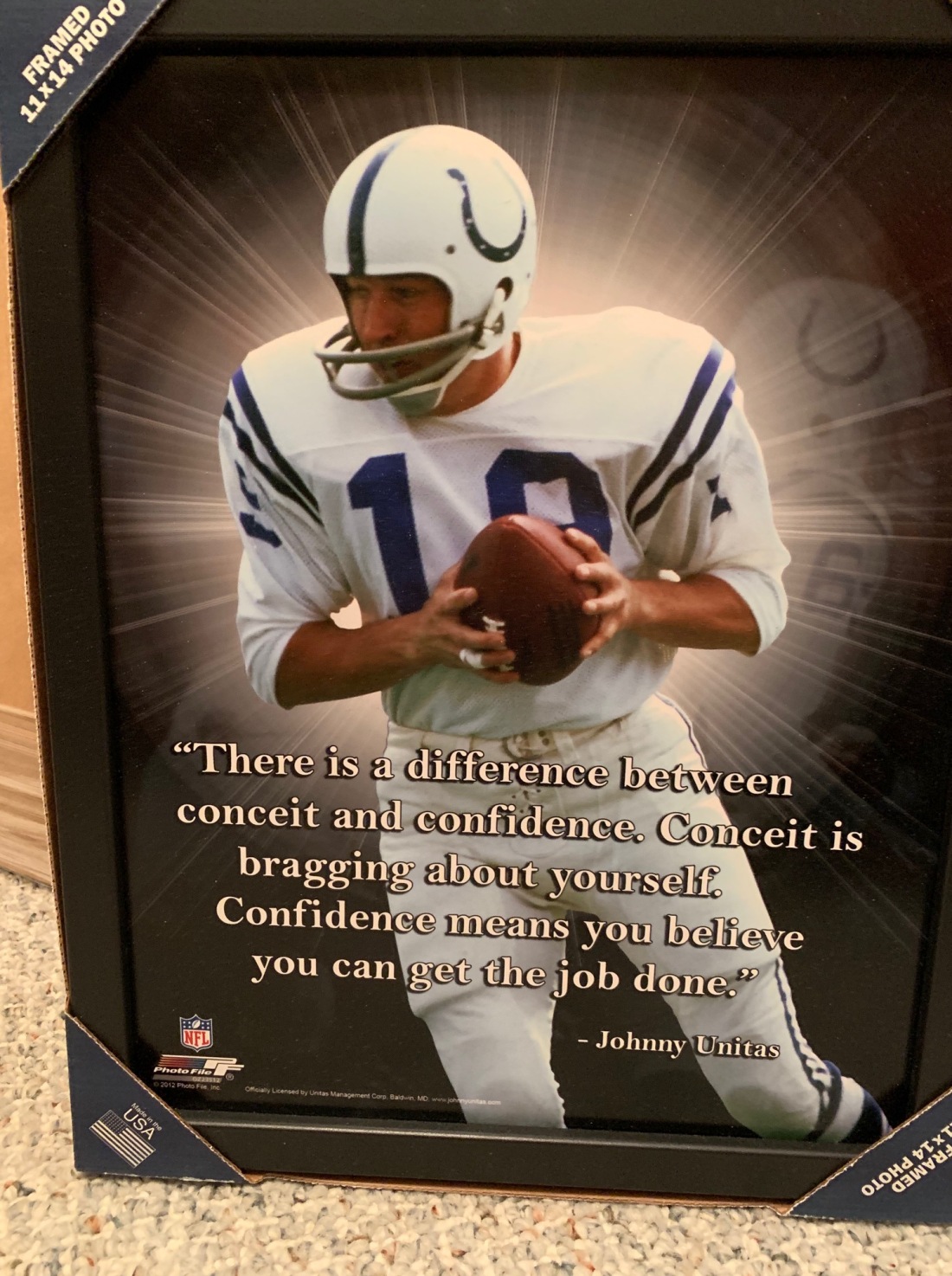 A gift from Dr. Zal, a picture of the late, great Johnny Unitas. He and Frank Robinson were my two favorite athletes as a youngster growing up in Baltimore. Maybe it’s just that I perceive this generation to suffer from an enormous case of temporal arrogance, but it seems as though Unitas is not remembered much today. Some tidbits from my book that the Wall Street Journal called without a doubt the best book of its kind ever written (sorry, John, sometimes a little bragging is OK especially if it’s about something you actually did):

– In the 17 seasons that Unitas was the starting quarterback for the Baltimore Colts they had the best record of any team in the NFL.

– A chart showing Unitas’s TD/INT ratio in 1958-59 to the other starting quarterbacks in the NFL:

OK, Hill didn’t start for the Chicago Cardinals in 1958, but he did play for them that year. Bart Starr started half of the Packers’ games in 1959 (6), but less than half in 1958 (4). The difference between Unitas and the rest of the league is just astounding.

– Unitas’ passer rating was 30 percent or more above the league average for more seasons than Joe Montana’s. Despite the fact that it is misunderstood and not a part of fantasy football (fantasy football is well-named because it bears little or no resemblance to the real thing), passer rating correlates very well with winning games. From 1991-2000, the correlation between team passer rating and team winning percentage was .62, but for completion percentage it was just .47. (I have not seen any more recent data than the study I did for the book.)

More from the book: …many people will say that Johnny Unitas’ place in football history can’t be measured with number tables and a few bullet points. Hey, I grew up in Baltimore and Unitas is my favorite football player of all time and always will be. I am very aware of his special place in history. But his numbers and accomplishments, even listed in cold black and white, are quite impressive.

I salute you, Johnny Unitas!

It’s not clear to me if Unitas was given this car after the famous sudden-death 1958 championship game against the New York Giants, but here is a picture (from amateurdebeauxchars.forumactif.com) of him and his first wife in a 1959 Corvette:

Of course, the Corvette has long been a symbol of athletic excellence in the US. The great Sandy Koufax was given a new Vette by Sports Illustrated after his performance in the 1965 World Series. When Joe Flacco was named MVP of Super Bowl 47 (once again, I think the roman numeral thing is dumb) he was given a new Corvette.