No, I didn’t flunk math. (I hope that would be obvious by now.) This is the 1,400th published post for Disaffected Musings. I don’t know the exact number–because the Evil Empire, AKA Guck Foogle, is really evil–but in my previous blog I published over 600 posts. Therefore, I have published more than 2,000 posts.

Through yesterday I had written more than 716,000 words on this blog. Once again, I don’t know how many words I wrote for my first blog, and I am 99.9% sure the average words per post were lower there than here, but let’s say the number was between 200,000 and 225,000. That puts me within striking distance of one million total words written in my blogs.

As I wrote in my 1000th post for Disaffected Musings, writing a million words is a carrot to keep me blogging. Of course, in that post I meant a million words on this blog alone. However, why should I ignore my previous efforts?

I am more than 50% certain that WordPress will disable access to the Classic Editor as of January 1, 2023. Of course, I didn’t think I would have access to it this year. Anyway, the new editor is awful and will make blogging too much of a chore to continue.

Oh, my quest for a million words will go on hiatus later this month. My wonderful wife and I will be away on vacation and it is likely I will not post at all while we’re gone.

If 365 Days Of Motoring is correct, and I did corroborate the month–at least–with another source, then on this day in 1998 the following car was introduced: 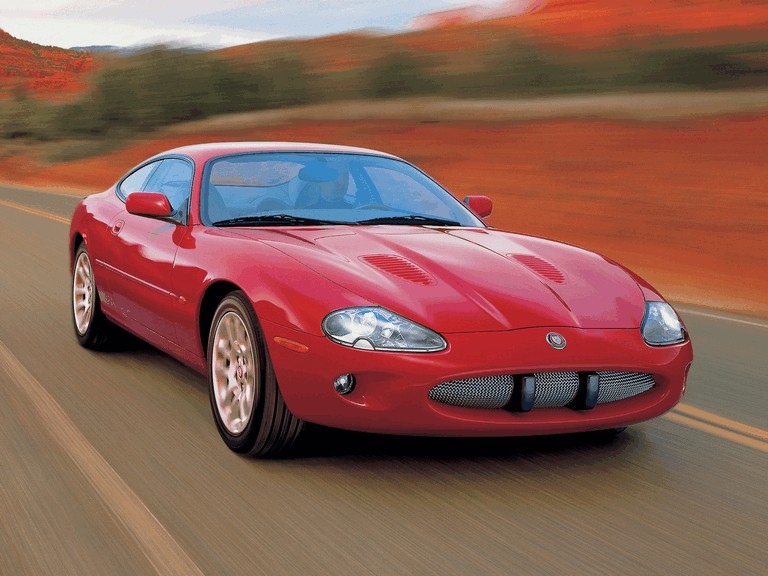 This is a picture of a 1998 Jaguar XKR coupe. The XKR designation means the engine was supercharged. The mesh front grill is, perhaps, the easiest way to spot one on the road although the hood louvres are also a feature.

Initially powered by a supercharged (duh…) 4-liter/244 cubic-inch V-8 that produced 375 HP/387 LB-FT of torque, the XKR could accelerate from 0-60 MPH in 5.3 seconds. That’s still quick even by today’s standards. By today’s standards the car looks great as well.

The XK8, the platform for the XKR, was introduced in 1996 as the replacement for the long-running, yet much-maligned, XJS. The XK series was manufactured in two major iterations until 2014.

Given the issues my wonderful wife had with her XK8 convertible, I don’t think I could own one of this series, supercharged or not. I did find one XKR convertible within 50 miles of my zip code on AutoTrader, and the asking price is just under $10,000, but would you buy a Jaguar with 130,000 miles? Neither would I…

Once again, I welcome thoughtful comments. Thanks.

My 2¢ about yesterday’s Kentucky Derby…what happened is a microcosm of a country where outcomes based on merit and competition are, sadly, seen as inherently unfair and where smug, self-righteous and arrogant people believe they have the right to impose outcomes that they think are fair. In the interest of full disclosure, I used to be a co-owner of a thoroughbred race horse.

It is largely due to government subsidies that the cost of college has risen so dramatically. The price of a good or service can never be lowered by subsidizing demand especially when that good or service has a relatively fixed supply. That fact can actually be used to argue in favor of a plan to wipe out most college debt. HOWEVER, government should then endeavor to stop its ridiculous programs designed to get everyone into college. Two-thirds of high school graduates in academic year T are in college in academic year T+1, an absolutely preposterous proportion in my opinion. It is NOT beneath you or your children to learn a trade and to work with your hands. Part of me still wishes I had attended an automotive trade school after graduating from high school.

In my last college teaching gig less than half the students in my class belonged in college, in my opinion. Don’t get me started on students having almost unlimited flexibility in terms of taking exams.

From 365 Days of Motoring via Twitter a picture of a Jaguar XKR Coupe. On this day in 1998 Jaguar introduced the XKR variant of the XK-8. It was the company’s fastest accelerating car (at that point); the XKR could accelerate from 0-60 MPH in 5.2 seconds. Twenty-plus years later that’s still fast, even though cars can now be purchased that go 0-60 in three seconds. The XKR didn’t look too bad, either. 🙂

I don’t have too much to offer today. I’m still trying to get my head around the fact that we are mere hours from 2019.

A person that knows they are being observed usually changes his/her behavior. If I weren’t on a nearly 50-day “streak” of posting I almost certainly would not be posting today, but I want to keep the “streak” alive. People who think “reality TV” is truth should remember this.

Congratulations to the football teams of Alabama and Clemson for earning the right to play in the national championship game. I thought Clemson would win it all before the “playoffs” started and I still think they will.

I, like most college football fans, think the playoff system was long overdue. I also think the field should be eight teams; the winners of the Power 5 conferences and three at-large teams should play for the national title. One day, that will probably be the format, but the NCAA is incredibly resistant to change even when it seems “obvious.” Some cynics say that NCAA stands for Never Concede Authority Anytime.

Photo from this Bring a Trailer listing:

This is a 2004 Jaguar XKR; about 10,000 of these coupes were produced between 1997 and 2005. Supposedly the car only has 43,000 miles. Remember that XKR means this car has the supercharged engine rated at 390 HP/399 LB-FT of torque. My wonderful wife prefers the convertible—she had an XK8 convertible until we grew tired of the excessive repair issues and costs—but I like the coupe and convertible equally.

As I write this with one day remaining in the auction the high bid is $13,000, which would be $13,650 all in under the Bring a Trailer fee schedule. Anyone interested?