First…thanks to all of you who read the blog yesterday. The number of views and visitors was the highest since October 18th, which itself was one of the most “read” days of 2022.

You might not believe this, but during the first quarter of yesterday’s Tennessee-Georgia college football game I thought to myself that the game, the moment seemed too big for the Volunteers. Their program has come a long way in a short time, from the investigation into recruiting violations that led to the dismissal of head coach Jeremy Pruitt and most of his staff in January of 2021 to being ranked Number One in the first official CFP rankings for 2022 under current head coach Josh Heupel.

Georgia has played in a lot of big games in recent seasons and being at home in front of 93,000 fans was also a decided advantage. Tennessee was called for at least eight pre-snap offensive penalties. The Georgia defense also played an outstanding game. In their first eight games the Volunteers had averaged almost 50 points a game. Yesterday, the Bulldogs held them to just 13 in a 27-13 win.

With Ohio State’s less than impressive win at Northwestern, it seems a fait accompli that Georgia will be ranked Number One in the next CFP rankings to be released on Tuesday. Hail To The Dawgs!

I guess congratulations are in order to the Houston Astros, 2022 World Series Champions. Why baseball is being played in November is beyond me, though.

Since the sign-stealing scandal where the Astros were illegally using electronic equipment to steal signs of their opponents they are not liked by baseball fans outside of Houston. Astros general manager Jeff Luhnow and field manager A. J. Hinch were suspended for the entire 2020 season for “failing to prevent the rule violations.” The Astros were fined the maximum allowable $5 million and forfeited their first- and second-round picks in the 2020 and 2021 drafts. The Astros fired both Luhnow and Hinch on the day their suspensions were announced.

They have remained successful in the aftermath of the scandal. The Astros have played in their league championship series (still can’t get used to the fact that they are now in the American League) in each of the three seasons since the scandal broke and in the World Series in the last two seasons.

One of the Astros’ best players is second baseman Jose Altuve, American League Most Valuable Player (MVP) for 2017, the first year Houston won the World Series. I identified him as a good prospect for my baseball clients after the 2009 season, before he had ever even played in a full-season minor league. That forecasting will get me breakfast at McDonald’s…as long as I have six dollars. It wasn’t good enough to keep me from, basically, losing my baseball consulting business in 2010, either.

On this day in 1899 James Ward Packard, with help from his brother William, completed the manufacture of Packard’s first car in Warren, Ohio. I used to write about Packard and other defunct American car companies much more than I do now.

Although the Packard name was used on cars built by Studebaker in model years 1957 and 1958, “real” Packards ceased to be manufactured after the 1956 model year. In all, about 1.6 million cars were produced by Packard; only about 7,000 were badge-engineered Studebakers.

In this post I showed the picture below as one of my favorite cars from the 1950s. It is a Packard (a 1956 400, not the Caribbean convertible from the same year that was part of my Ultimate Garage 2.0; a person can change their mind even if there’s nothing wrong with the one they have). 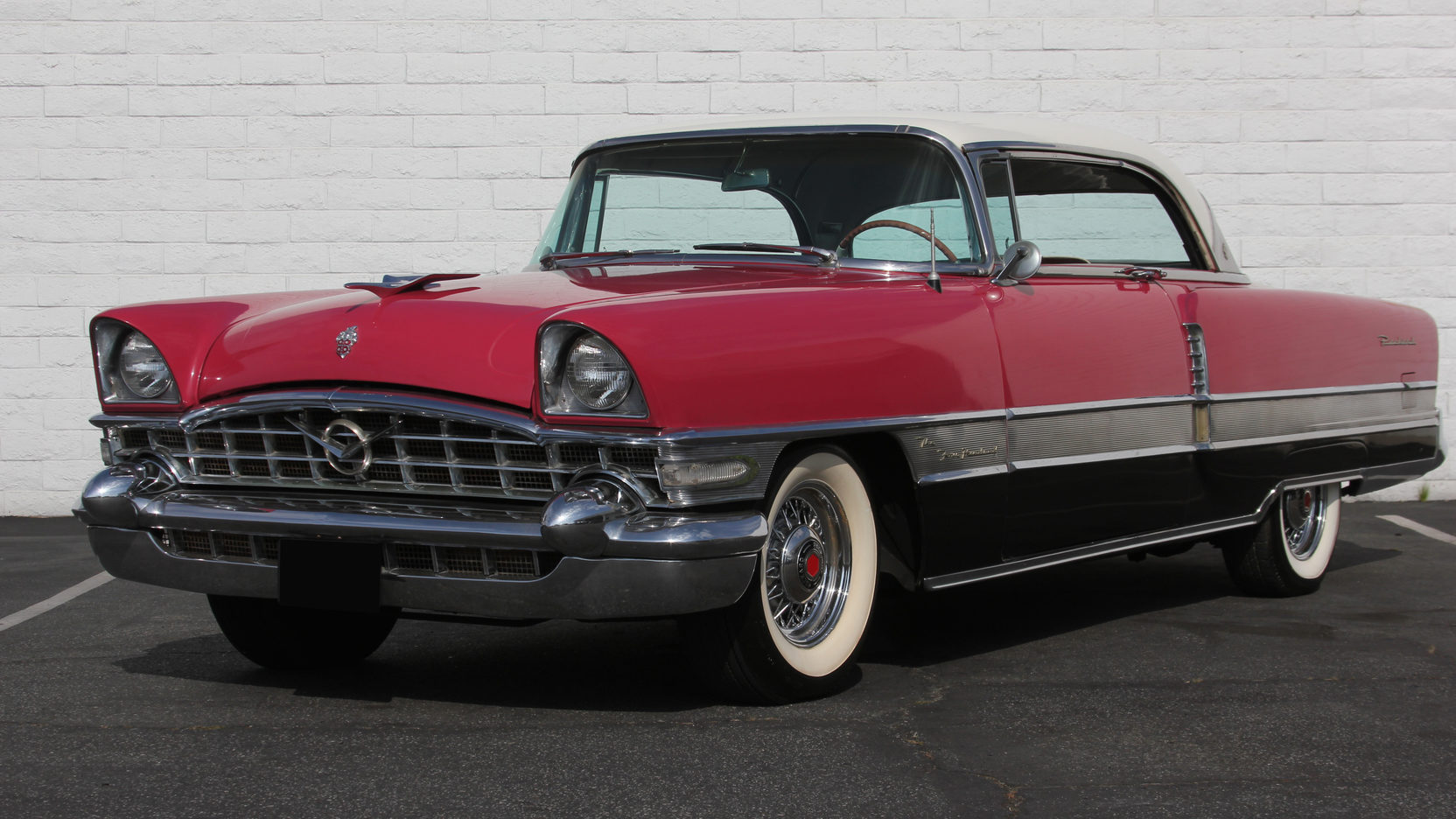 While the enormous difficulty in getting one of these serviced almost certainly means I will never buy one, they are not expensive cars to acquire, at least not at the moment. ClassicCars currently has two listed for sale with asking prices around $15,000.

If you don’t have dreams you have nightmares…