Some quotes from Socrates:

“There is only one good, knowledge, and one evil, ignorance.”

“I cannot teach anybody anything. I can only make them think.”

“Education is the kindling of a flame, not the filling of a vessel.”

“When the debate is over, slander becomes the tool of the loser.”

“It is better to change an opinion than to persist in a wrong one.”

Supposedly, Socrates himself wrote no texts. He is known chiefly through the accounts of classical writers composing after his lifetime, particularly his students Plato and Xenophon. Whether or not he actually said everything that is attributed to him, the wisdom of those words is timeless, in my opinion.

This article is titled “10 Most Anticipated Exotic Cars Coming in 2021.” I’m actually surprised the author and staff could find ten exotic cars. Here are pictures and descriptions for three of them: 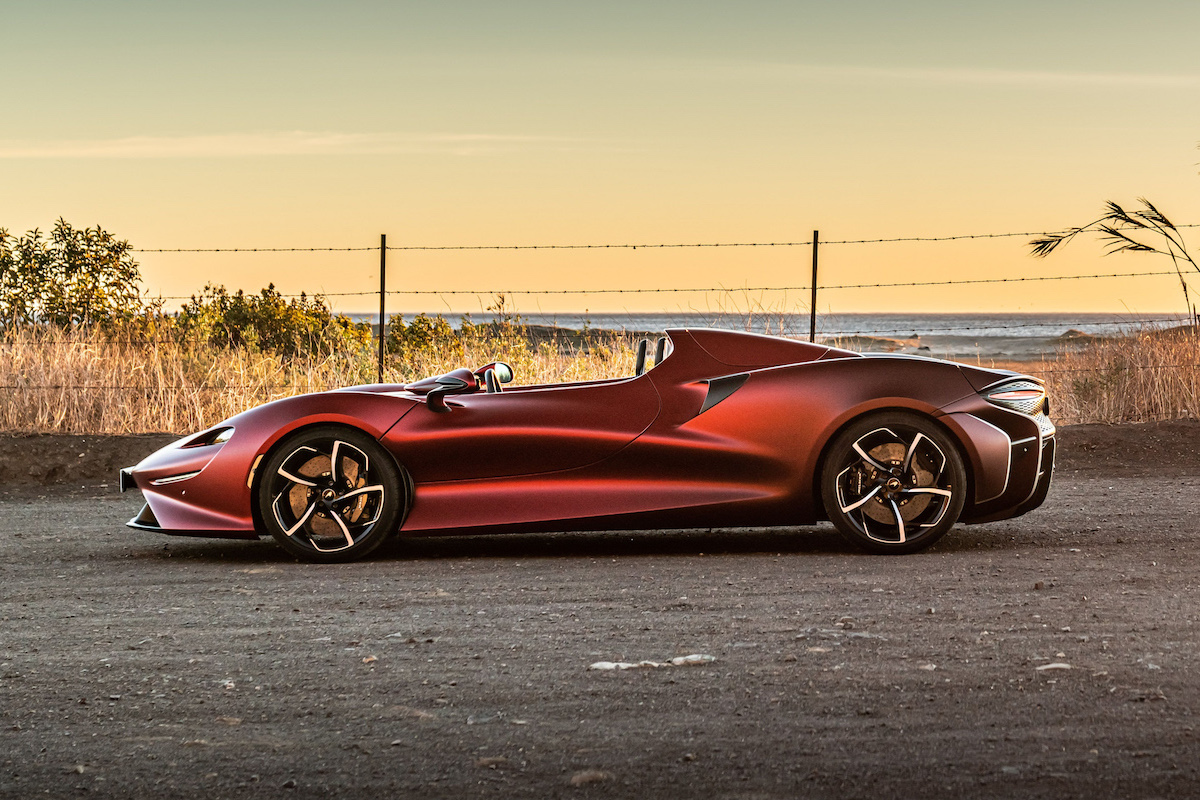 This is the McLaren Elva, of which only 249 examples will be manufactured. As like all modern McLarens except the P1, the Elva will be powered by a twin-turbo small displacement V-8 engine (4 liters) with very high specific output: 804 HP/590 LB-FT of torque. 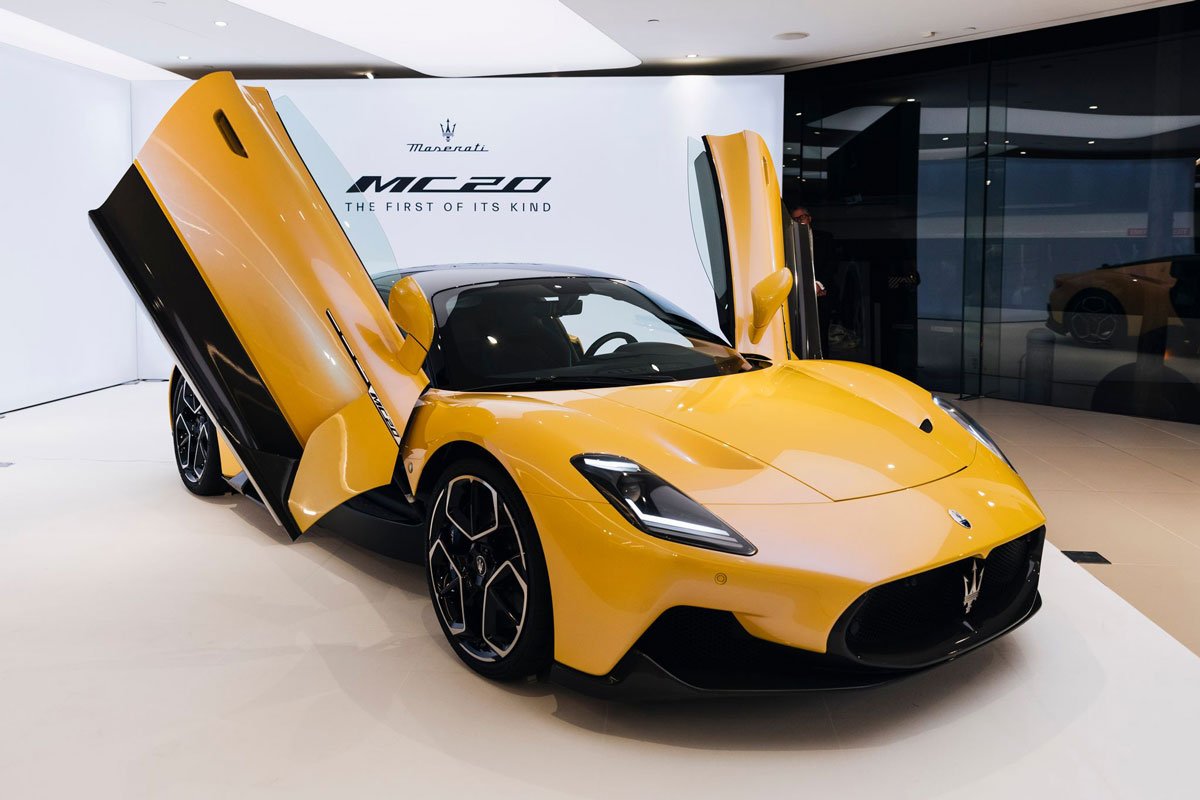 This is not the first appearance of the Maserati MC20 in this blog. I am simply smitten with this car, what can I say? I can say that later this summer I may be able to share photos of a “real” MC20. No, I did not buy one, but the local luxury make complex supposedly will have eight examples shipped to them. Of course, all eight are already sold, or so I was told. 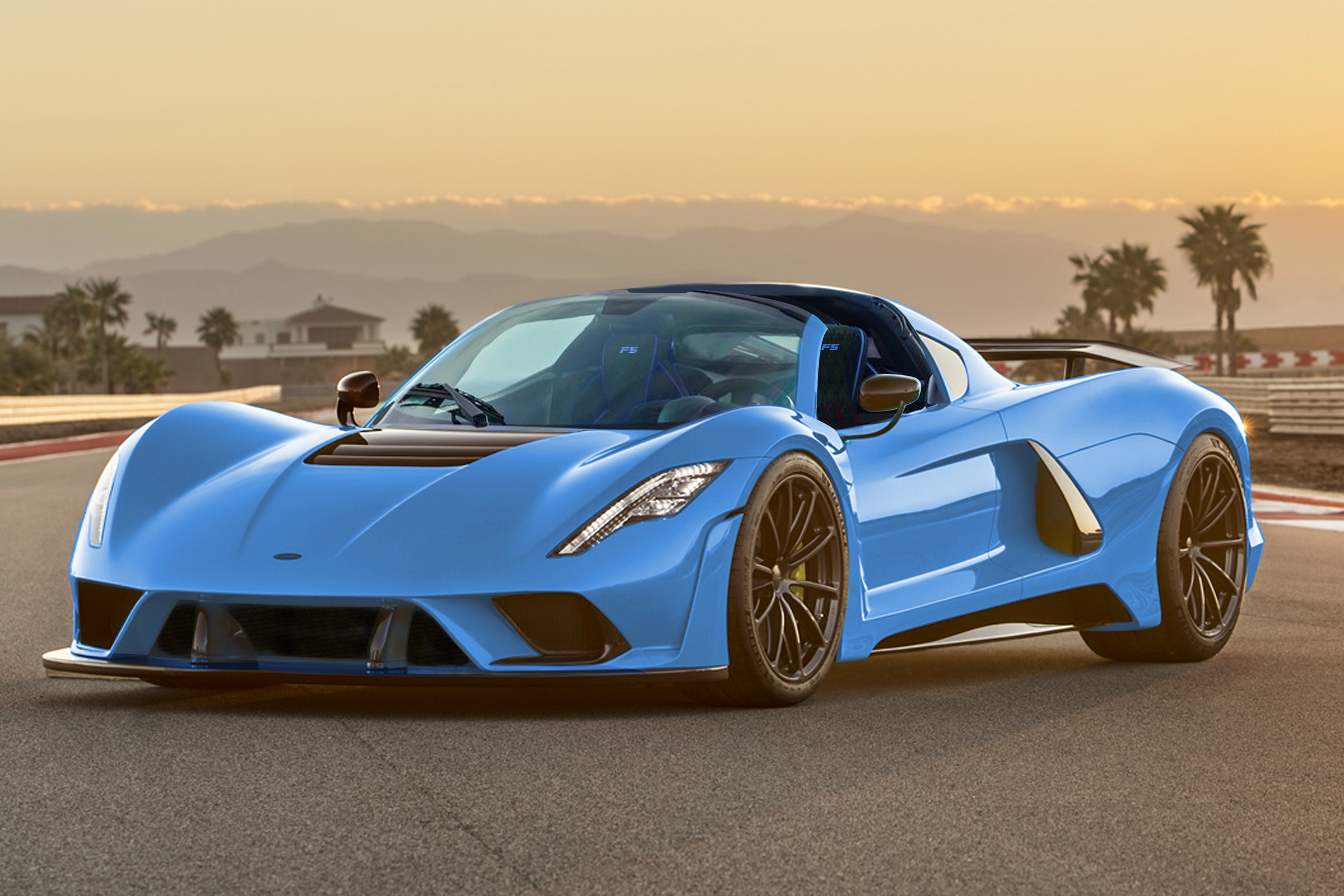 This is the Hennessey Venom F5, a car that has been “on display” for more than three years, but that has not been sold until now. Only 24 of these beasts will be produced at a price of over $2 million. This car is also powered by a twin-turbo V8, like the Elva, but the output is a little higher, like 1,800 HP! The Venom F5 is supposed to have a top speed above 300 MPH. That’s a mile every 12 seconds.

I’ve probably driven faster than 100 MPH only once or twice in my life; I’ve never driven my Z06 more than 90 MPH and that was for seconds while passing someone on Loop 101. I cannot imagine driving at 300 MPH.

I would very much like to read the experiences and opinions of those of you who have raced cars, like Dirty Dingus McGee, especially as it might pertain to a 300 MPH automobile.

The former has experienced a 37 percent decline in its population in my lifetime, while the population of the latter has increased by 2,474 percent. No, that is not a typo. People vote with their feet, remember.

In the end, however, I just didn’t think I could write a post about the topic that would appeal to me or to my readers. Still, here’s a photo that has some relevance today:

I believe this picture of a December, 1960 snowfall is from The Baltimore Sun. Of course, the Northeast has just seen its first major snow event in 2-3 years although I think Baltimore was mostly spared. No, I’m not sorry we missed the storm because we moved and no, we were not living in the Baltimore area.

The only constant in the world is change. For most of my life I have loved snow, probably in large part due to the fact that a significant snowfall would get me out of school. I also do not remember ever having to make up any snow days.

Then, seemingly in the space between one winter and the next in my mid-50s, I lost my affinity for winter and its weather. It was sunny and 63° here yesterday. I have seen more cloudless skies here in the six weeks or so since we left the mid-Atlantic for good than I would see there in a year.

Yes, I know it will be very hot here next summer. That’s a price I gladly pay for the weather the rest of the year. My wonderful wife says the summers never bothered her when she lived here from the mid-1980s through the mid-1990s. Still, I’m very glad we just spent a significant amount getting our HVAC system up to snuff. (Does that phrase show my age?)

I would like to read about any major changes in your preferences during your lives, whether or not it’s related to weather or the seasons.

Do you think you would want to own a car that could reach 300 MPH? According to this article, renowned car builder Hennessey (headquartered in Texas) will build (is building?) a car called the Venom F5 that can reach 500 KM/hour or 311 MPH. From the article, a picture of the car:

“This car goes against the grain of modern hypercars, many of which have become soft and docile. The F5 resets the balance, having been designed from the ground up to be the antithesis of the ‘everyday hypercar’ – it will always be an occasion to drive.”

I find that comment to be very interesting. In my opinion, a car that can reach 225+ MPH, like some cars that have been produced in the last 10-20 years, cannot be described as docile, even if they are smooth to drive at normal speeds.

I am reluctant to ask if you would be interested in buying a Venom F5 assuming you could afford it because I really believe that people don’t know what they would do in an “out-of-context” situation until they are experiencing it. Still, it’s an interesting question to ponder, at least as sort of a cerebral exercise.

I did not plan this timing; it just happened this way. This is the 200th post on Disaffected Musings in the 7 1/2 months this blog has existed. This is also the last post…until next Monday, the 27th.

I am not a political person. This sums up my feelings:

However, I can’t let yesterday’s developments pass without comment. The conviction of Paul Manafort, Donald Trump’s former campaign manager, on eight counts of tax fraud and bank fraud is, in my opinion, damaging to the President only insofar as it shows he has monstrously bad judgment in terms of the people with whom he surrounds himself. On the other hand, Michael Cohen’s guilty plea (Cohen is Trump’s former personal attorney) on violating campaign finance law, and his statement that the violations were committed at the direction of Trump (please don’t quibble over semantics), is the de facto end of the Trump presidency, in my opinion.

Staying with a Presidential theme, on this day in 1902 Theodore Roosevelt became the first US President to ride in a car while in office. The ride happened in Hartford, Connecticut and the car, a Columbia Electric Victoria Phaeton, was manufactured in Hartford.

One remark attributed to Teddy Roosevelt resonates with me. “There has never been a man in our history who led a life of ease whose name is worth remembering.” One reason I am disaffected is that I am chafing from my inability to find a meaningful and fulfilling work situation. For the last six years I have led a life of relative ease, but I am not really happy about that because I feel unproductive. This blog is a small attempt to be productive, but it doesn’t occupy enough of my life to be a strong remedy for my disaffected state. On the other hand, I am not interested in a full-time, 8-to-5, Monday through Friday job. The longest I’ve ever had a non-baseball office job is one year. I am NOT cut out to sit at a desk in front of a computer monitor, doing someone else’s bidding 40+ hours a week.

Another picture of an AMC Javelin? This photo of a 1968 model, from wallpaperup.com, is to commemorate the anniversary of the introduction of the car, which happened on this day in 1967.

As I grow older (and older) my taste in automotive exterior design leans more toward clean design: clean lines, lack of extraneous forms, etc. I like the looks of the 1968 Javelin the best of the three model years of the first generation (1968-70) because the latter models had fake hood scoops and other unnecessary adornments. I think the second generation (1971-74) looks too much like a clone of the C3 Corvette with its fender humps. Take a look:

From Pinterest a photo of a 1971 Javelin. When I was younger I really liked the looks of these cars. While I don’t think the car is ugly, I now prefer the appearance of the 1968-70 cars. What do you think?

From this article on Automobile Magazine comes these words:

“To hear some tell it, we’ll soon reflect on the past several years and the near future as the final halcyon days of machines made to be driven. The feedback we receive from you, our readers and fellow gearheads, along with a growing mainstream global narrative, illustrates an increasingly pessimistic view of automotive inevitability: a world dominated by urban transportation pods, ride-sharing programs, and of course the darkest cloud looming above the enthusiast community—soulless autonomous cars that might drive us to our destinations perfectly well but with nary a hint of the passion that binds millions of like-minded members of the car community together. Opinions, even well-educated ones, are all over the map when it comes to predicting the arrival of this Orwellian existence, but thankfully there are still far more than a handful of new and future cars to put your mind at ease.”

The article then lists, shows and describes seven high-performance cars that are labeled as “New and Future Cars,” most of which are from very small volume manufacturers or companies that have previously not existed or manufactured cars. 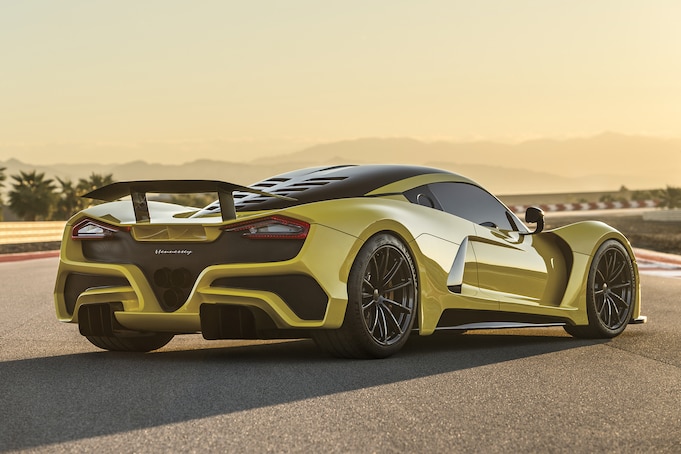 From the article a picture of a Hennessey Venom F5. Hennessey Performance Engineering was founded in 1991 and made its name modifying cars, primarily cars that were already “high performance.”

The Venom F5 is a new from the ground up car that, supposedly, can reach 300 MPH! I don’t think I would want to go that fast in an automobile, but different strokes for different folks. The Venom F5 is powered by an 8-liter (about 490 cubic inches, have to keep Bill Stephens happy) twin-turbo V-8 with a claimed output of 1,600 HP and 1,300 LB-FT of torque. The F5 is available with either an automatic or manual transmission. The estimated price for the F5? How does $1.6 million sound?

As I take a short break from blogging, here are the three most read posts that you are free to view at your leisure:

Talk to you soon, I hope.