For most of my life almost all of the music I have listened to is instrumental. That wasn’t always the case, though, and every now and then I play songs with lyrics.

From my OCD need to make order out of chaos, but my ADD tendency to get scatter-brained comes an idiosyncratic, probably incomplete list of my all-time favorite songs with lyrics. Let the arguments begin! Oh, they’re not in any particular order. Take that, OCD!

“Everybody Is A Star”  Sly & The Family Stone

“Reelin’ In The Years”  Steely Dan

“Look What You’ve Done For Me”  Al Green

“I Don’t Want To Do Wrong”  Gladys Knight & The Pips

“Trouble’s A Comin'”  The Chi-Lites

“A Horse With No Name”  America

“Walk Away Renee”  The Left Banke

“You’re All I Need To Make It”  Johnson, Hawkins, Tatum & Durr

The songs by Al Green and America were partly responsible for bringing me back to music. The reasons are long forgotten, but for about a year I had almost completely stopped listening to music on the radio. I also did not have a stereo system on which I could play music. One day while just happening to listen to the radio in my father’s Jeep those songs were played in a space of about 15 minutes. I was transfixed and returned to the fold.

When I was 11, I think, I actually made a list of my all-time 200 favorite songs, in order. The compilation was inspired by a similar endeavor from a local radio station. “Love Or Let Me Be Lonely” by the Friends of Distinction was at the top of my list. I still like the song, but not as much as I did way back then.

You’ll note the lack of “current music” on my list. I will write this again: the phrase “current American music” is an oxymoron.

“A List For Saturday” may become a regular feature on this blog, but may be constrained by my highly eccentric view of the world.

A picture taken by my wonderful wife:

During a recent episode of Shift Talkers on Motor Trend, one of the panelists/contestants asked where this car had gone:

From Cadillac’s website, this is a picture of the Escala concept car. For awhile, it looked as if this car would actually be produced. Now, it seems to have been lost in the mad dash to EVs.

I don’t remember which person asked the question (Faye Hadley?), but she said she thought it was a great car and asked why wasn’t it being produced. Later in the show, in response to a question about Cadillac dealerships being forced to “upgrade” to selling only EVs or not being Cadillac dealers, at least two of the participants made a comment about how passé the make has become. Obviously, I think all of that is related.

The perception is that Cadillac makes boring cars (perception is reality even if it isn’t) and is out of touch with younger buyers, almost regardless of how that segment is defined. Well, people over 50 have more money than people in their 20s. I think it’s OK to market to “older” drivers, too.

I know it was Hadley who said she would rather leave Cadillac than be forced to “upgrade” to only sell EVs, if she were a dealer. She criticized the “damn the torpedoes, full speed ahead” approach to EVs, although she didn’t phrase it that way.

For the nth time: yes, electric (or some other “alternatively” powered) vehicles will eventually become the dominant paradigm in personal transportation. For the next 10-20 years, though, that will not be the case.

I was going to title this post “Great Minds Think Alike.” Yesterday, I was originally going to write about how, despite the damn virus, Bentley sales actually showed a slight increase in 2020 compared to 2019. I was also going to tie this news to my case about the potential success for an American-made ultra-luxury car.

Nobody knew about my idea for yesterday’s post until David Banner (not his real name) texted me with the Bentley news AND that it was more evidence that an American-made luxury car could succeed. I replied that I came very close to writing a post about that topic. Great Minds Think Alike…

Not only did Bentley sales increase in 2020 compared to the year before, but their sales hit an all-time high for a company that is 100+ years old. Yes, they are owned by the company, . The point is that ultra-luxury makes exist in a different world and that it is foolish that no American car company (are you listening, Cadillac?) makes a car in that market segment. What is Bentley’s biggest market? The United States… 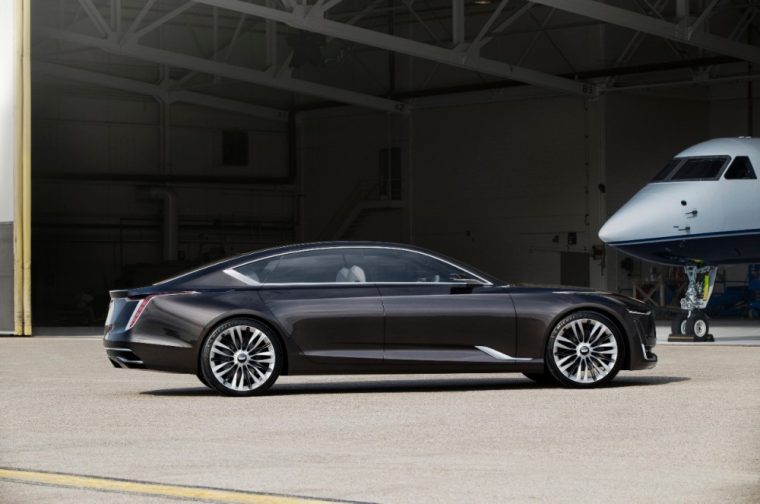 This is a picture of Cadillac’s Escala concept car. For a time, the company committed to putting this car into production, but I guess those plans have been shelved. As I have written here before, Cadillac has developed a number of amazing concept cars. My favorite is actually this one, the Elmiraj:

Sorry, but I remain convinced that a well-executed American-made ultra-luxury car would have a great chance of success. That’s my story and I’m sticking to it.

From this piece in Corvette Blogger comes the news that Chevrolet/General Motors delivered almost 9,000 new Corvettes in the fourth quarter of 2020. The company now reports quarterly and not monthly numbers. Here is a chart from the same article:

By my quick calculation, it looks like the fourth quarter of 2020 was the best for Corvette deliveries since the second quarter of 2015. From Trending Motors a picture of what I hope is a 2021 Corvette:

It seems as though the C8 is a success. Let’s see how sales progress through what is, hopefully, an uninterrupted model year in 2021.

I don’t follow it anymore, but the major league baseball season started yesterday. The defending World Series champs, the Houston Astros, are led by the reigning league MVP, Jose Altuve. I, and the models I developed to evaluate baseball players, identified Altuve as a prospect in 2009. I identified Robinson Cano as a prospect in 2002. Of course, I was not always right in evaluating players, but I was right more than I was wrong by a significant margin. No one will ever be able to convince me that I deserved to lose my seat at the table. Pardon the profanity, but f**k anyone who thinks I am obsolete and that includes baseball’s “golden boys.” I am a pioneer in both analytics AND pro scouting and damn few people can make a statement of that magnitude. <end rant>

I don’t think my post had anything to do with it, but Cadillac President Johan de Nysschen has announced that Cadillac will, indeed, be putting one of their amazing concept cars into production, the Escala. (By the way, I did send the URL of that post to Cadillac.)

From gmauthority.com a picture of the Cadillac Escala. de Nysschen said, “Things are about to get very interesting at Cadillac. The world does not need another large-box conventional sedan.” Bravo, Cadillac!