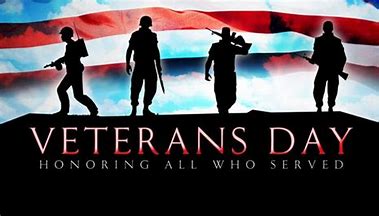 Can you read this chart? This is from the sales brochure my wonderful wife was given when…well, I am actually not sure if she received this during a trip to our closest Chevrolet dealer when she tried to buy a Corvette there or if it was given to her at the dealer from whom she actually purchased her new Corvette. In any event it’s actually a 2019 brochure and she bought a 2018 model, albeit still brand new.

Since this car has the Z07 package it has the larger brake rotors that are also made of carbon-ceramic. How large? At over 15 inches in diameter both front and rear it would seem that they are bigger than the wheels for the C3 Corvette, which were 15 inches. Maybe someone can tell me if I am comparing apples to apples.

Of course it is now just nine days until the official reveal of the C8 Corvette. I think Chevrolet/GM are taking a gamble introducing a mid-engine design for a car with such iconic history, but I wish them well.

In the idiom of “the more things change, the more they stay the same” here is the intro to this post titled “Voices from 1900-1914.”

“Below are a few dozen voices from the early twentieth century, culled from Philipp Blom’s The Vertigo Years: Europe, 1900-1914. In an almost uncanny way their concerns aren’t much different than ours: there’s worry over the spread of new technology and its invasion into and cheapening of everyday life; a deep paranoia over changes in previously stable gender roles, with a resulting exaggeration of masculinity and a lashing out at even the hint of homosexuality; a faith in progress and the harnessing and collation of data, whether in science or culture, which leads either down the rabbit hole of racial theories and eugenics, or just in rigid artistic theories and groups. And there is a feeling of utter powerlessness in the face of science, culture, and rapid change, and our perpetual fear of civilization’s collapse. They are all right here, a hundred years ago:”

I have commented in this blog that young people today seem to have total faith in “the new” unmindful of the past and of the fact that since human beings aren’t perfect neither are their inventions or institutions. Maybe all of us suffer from temporal arrogance to some degree.

What do you think?

Happy Anniversary, V Squared! From the dedication of one of my books: you are my love, my life, my angel, my salvation.

This is my wonderful wife’s 2015 Corvette, photographed on the day of purchase. For many years, I owned Corvettes and my wife owned convertibles. Now, the opposite is true as I have a BMW Z4 (which regular readers know all about). Here is a car like one of the convertibles my wife used to own:

A picture of a Jaguar XK-8 (a 2000 model, I believe, although it’s very difficult to tell what year an XK-8 was built) that I took at a Barrett-Jackson auction. I like to arrive at the auction site a day or two early so we can go to the garage where the cars are kept and have an unencumbered look at them. In all honesty, that might be my favorite part of attending these events.

Despite her love for convertibles I am fairly certain that my wife considers the Corvette to be the best car she has ever owned. The C7 is an amazing vehicle. Why didn’t she buy a Corvette convertible? I think it’s my aversion to soft top convertibles. As the child of Holocaust survivors I always imagine the worst thing that can happen and my imagination goes to someone cutting through the soft top with a knife. (I don’t really know how easy that might be.) Two of the three convertibles my wife has owned were hardtops.

Please feel free to post about your favorite cars and car memories. Be well.