Last night my wonderful wife and I watched the first two episodes of Ant Anstead’s new show, Ant Anstead Master Mechanic. Before yesterday the show was only available on the Motor Trend app–or MotorTrend’s website, I presume–but to watch the content there one must pay. We already pay triple digits a month for satellite TV so we’re not paying extra to watch a channel we can already watch. Anyway…the shows were excellent, fast-paced without being frenetic, informative without being boring. Besides, for me learning is entertainment. Short attention span that I have (I’m one of the lucky 15% of those with OCD who also have ADD), the fact that each episode is a half-hour is ideal.

What’s the premise of the show? You’ll have to watch it yourself…

This CNBC article is titled, “The coronavirus pandemic has upended auto sales and buying a car will never be the same.” The key points are presented upfront in these bullets:

As almost everyone reading this knows, I purchased my car–a 2016 Corvette Z06–the “21st century” way, online without a test drive and having it delivered to my house. Just as the coronavirus will probably lead to a permanent shift in the workplace paradigm, it will probably lead to a permanent change in how we buy cars. Get ready to groan, everyone: “The only constant in the world is change.”

Speaking of a C7 Z06, I decided that for this week’s Frugal Friday I would look for the least expensive example available. However, I did not include any cars with more than 50,000 miles or cars sold on a salvage title.

The photo that used to be here has been removed from the AutoTrader website as the car has been sold since I wrote this post. This was a 2016 Z06, same year as mine. The ad trumpeted the “fact” that the car, offered at $53,895, was priced at $5,400 below NADA retail. The car has almost 40,000 miles on the clock and has the same trim level, 2LZ, as mine. Granted that I bought my car about 14 months ago (!), but my car only had 4,400 miles at purchase. It is a tad disconcerting that only 2 of the 18 photos showed the car, the same photo is shown twice, and the other 16 touted the dealership. From fastlanecars.com a picture of a 2016 Z06: 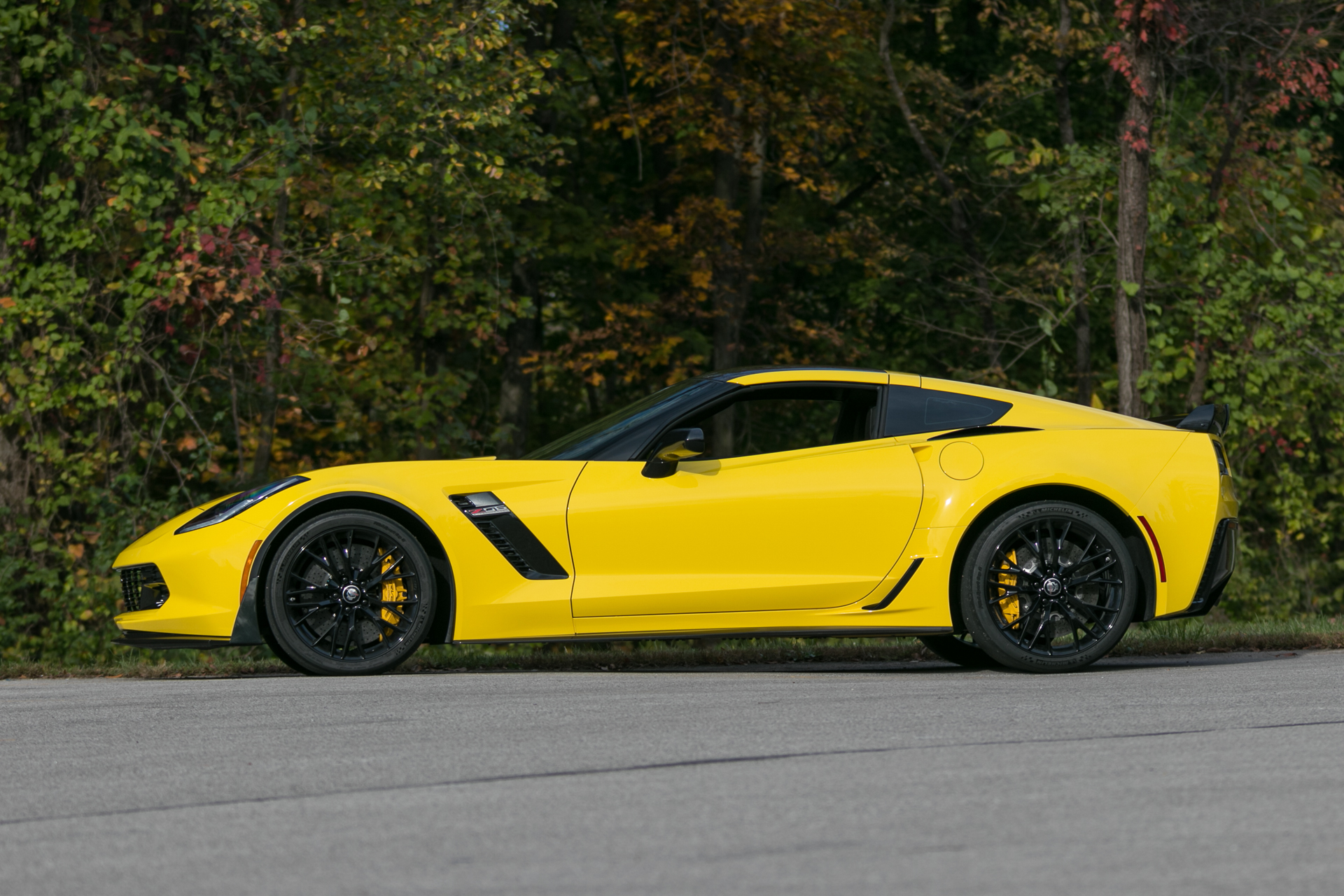 I don’t know if the advertised car had the Z07 performance package like mine, a $7,995 option when new, but I assume it didn’t or it would have been mentioned. Thirty-seven percent (37%) of 2016 Z06s were ordered with the Z07 option.

So, what do you think? I think these cars are the performance car bargain of all time, cheap at twice the price when new and an absolute steal used. Yes, they’re not for everyone or even for everyone who can afford them. Remember, though, that the number of American households consisting of a married couple with no children is higher than the number of married households with children.