I suspect all of you remember where you were and what you were doing on this day in 2001. To me, the terrorist attacks are yet another example of the horrific evil that has existed since the beginning of mankind. As a child of Holocaust survivors, my life has been shaped by the profound knowledge that human beings are capable of actions most vile.

In 2002 a poll of TV Guide readers named Diana Rigg the “sexiest TV star of all time.” I’m not going to argue.

Of course, the RADA-trained actress with deep Shakespearean roots would probably like to have been known for work other than playing Emma Peel for 51 episodes of The Avengers. In this interview in The Guardian from last year, Rigg was quoted as saying, “Becoming a sex symbol overnight [in The Avengers] shocked me. I didn’t know how to handle it and I kept all the unopened fan mail in the boot of my car because I didn’t know how to respond and thought it was rude to throw it away.” She won a Tony, an Emmy and a BAFTA during her career.

Sadly, Rigg died of cancer yesterday at the age of 82. From CBS News a picture of the awesome Diana Rigg:

Yes, another last generation Cadillac Eldorado for Frugal Friday. From autohausfm.com a picture of a 2000 Eldo in Sterling; this is not the car currently available on AutoTrader. As I wrote here, I am going to use more generic photos in an effort to keep the picture links from breaking. The AutoTrader car is in Sterling over Pewter, has about 61,000 miles and an asking price of $3,991.

The AutoTrader car does not have the rear spoiler; I don’t like the rear spoiler on this car, anyway. As we (hopefully) get closer to our move to the desert, my mind is once again focusing on the search for a Grocery Car/Taxi/Corvette Companion. Anyway…four grand for a car like this seems like a steal to me, regardless of any Kelley Blue Book® value. Even if it needs a thousand in work after purchase it’s still a bargain.

From allamericanautomobiles.com (Duh…) a picture of a 2001 Ford Mustang convertible in Performance Red. The AutoTrader car is also in that color, has about 64,000 miles and an asking price of $9,995. For 2001, the GT-spec engine was a 4.6 liter/281 cubic-inch V-8 that produced 260 HP/302 LB-FT of torque. The AutoTrader car has an automatic transmission.

David Banner (not his real name) suggested this feature and I am grateful. Frugal Friday has now appeared on Disaffected Musings for more than a year and a half. (Where did that time go?!)

Regular readers have commented that they like Frugal Friday so it will remain a regular part of this blog, although it won’t be shown every Friday. I mean, how many last-generation Cadillac Eldorados do you want to see? 🙂 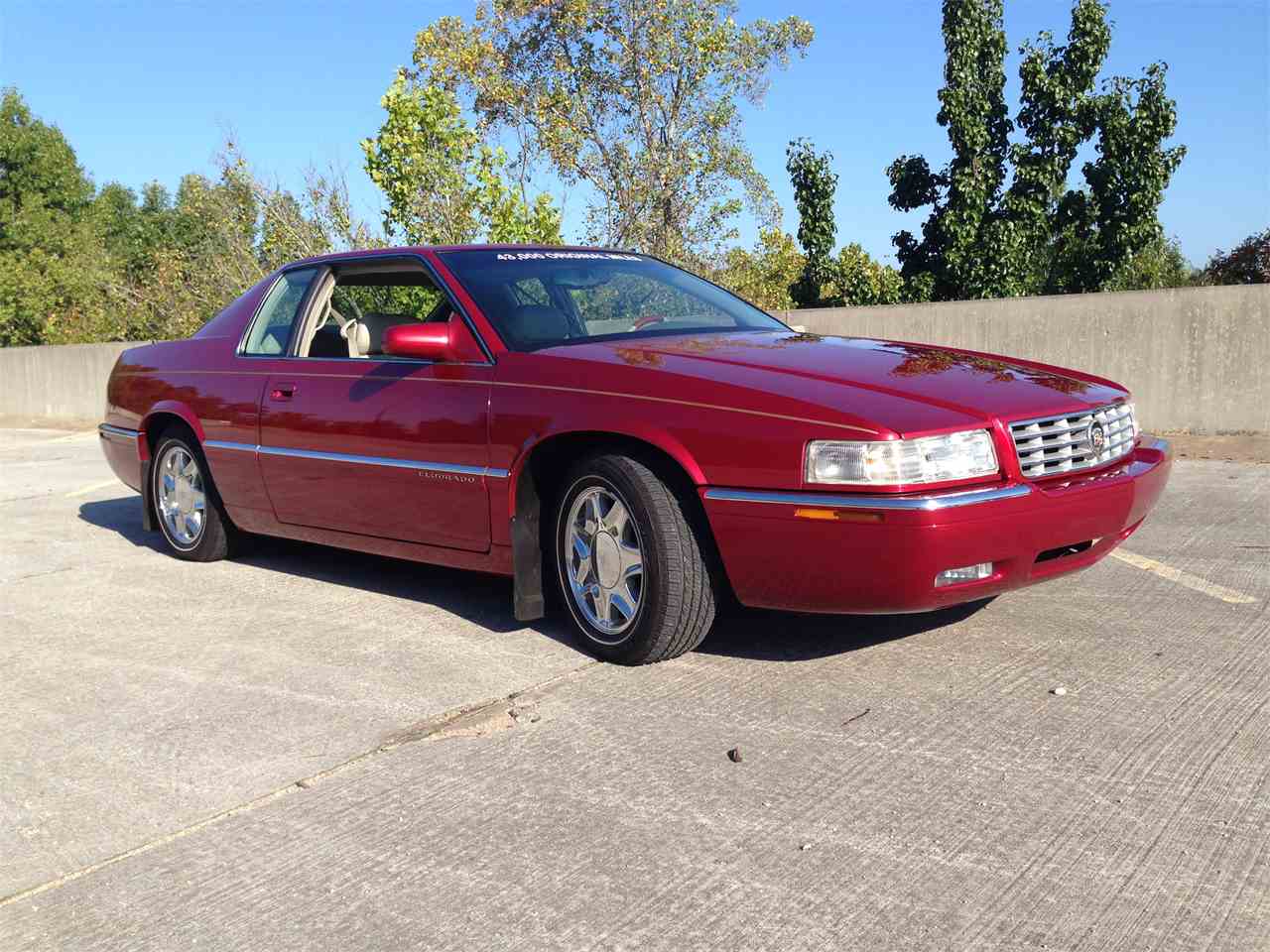