I firmly believe the “common wisdom” that most machines are not designed to last as long as in the past. Our Korean-made refrigerator, company name rhymes with Ram Dung, has basically died in less than five years. Two of our TV sets, made by the same company, have been in need of being replaced for years, but we just haven’t purchased new ones. The first washing machine (don’t remember what company “built” that) we bought when we moved into our current house gave up the ghost after five years.

Ironically, automobiles seem to be an exception to that rule. According to Ratchet+Wrench the average age of a “light vehicle” in the US is about 12 years. Wish I could give you more info, but that site has a paywall. An inflection point in the average age occurred during the “Great Recession” but as the economy has recovered the trend hasn’t really reversed. Of course, part of the explanation is that people are simply not buying cars as often as they did previously and doing whatever maintenance is necessary to keep their current car running. The cars are probably more reliable, but people’s automobile buying habits have changed as well.

As for Frugal Friday, my initial idea for this week was simply to piggyback on this article by Hagerty about 10 “contemporary classics” under $45,000 that will soon appreciate rapidly. Upon further reflection I felt the article was too speculative to be useful and that $45,000 wasn’t frugal under almost any circumstances.

I decided, instead, to focus on cars that are contenders—but not locks—for my Ultimate Garage 2.0. First, from this Autotrader listing:

This is a 1970 Avanti II with about 73,000 miles and is listed at $14,995. The Avanti was part of my first Ultimate Garage, but might not make 2.0 simply because the design is beginning to look dated to me. However, I could always put the last iteration of the car in 2.0:

From canacopegdl.com a picture of a 2006 Avanti. This one is not for sale, as far as I know, but I just wanted to show it in the context of being a contender for Ultimate Garage 2.0.

From this Autotrader listing a picture of a 1967 Cadillac Eldorado. The mileage is shown at just 41,443; the list price is $9,900. One might have to put that much or more into a good paint job as the paint looks every bit of 50+ years old. As I have written ad nauseam I am a big fan of these cars. I am enamored with the technology, the luxury, the power and the looks. This iteration of the Eldorado used the same front-wheel drive platform introduced in the 1966 Oldsmobile Toronado, which was the first real front-wheel drive car produced in the US since the Cord 810/812 of 1936-37.

Two contenders for my Ultimate Garage 2.0 could each be purchased for less than $15,000. I don’t really have champagne and caviar tastes.

As many/most of you reading know no winning ticket was sold for the most recent Mega Millions drawing. As of this writing, the annuity value of the jackpot is $1.6 billion and the cash value is over $900 million. Given the enormous number of tickets that will be sold before the next drawing those values will increase. I believe this is already the largest jackpot in US lottery history.

Yes, my wonderful wife and I would make sure our family and close friends never had to worry about money again. Yes, we would donate lots of money to charity. Still, for me an unimaginable windfall means CARS!

I haven’t driven a vehicle with a manual transmission in 40 years and reject the “knee-jerk macho” attitude that no one can really enjoy driving a car with an automatic transmission. All that being said, one of these might find its way into my possession after a lottery win:

From rarecarsforsaleblog.com a picture of one of my all-time favorites, a Honda S2000 in Imola Orange. I wrote about this car in this post in which I revealed the inside joke about the S2000 that my wonderful wife and I share. Although they are not a common sight 66,000 S2000s were sold in the US and we occasionally see one. When we do I always say, “Did you know that I love these cars?” and she answers, “Really? I had no idea.”

I think the S2000 is almost a perfect blend of styling, performance and aura. I have a soft spot for two-seat roadsters, anyway. All 110,000 of these cars were made with a manual transmission. I guess I would have to reacquaint myself with manuals if we were to win the Mega Millions and I decided to buy an S2000. Oh darn…

While I am not certain if the actual date was today (October 20th) or October 17th, it was around this time in 1902 that the first Cadillac was built. I wrote about Cadillac in this post in which I detailed how they, in 1908, became the first American company to win the prestigious Dewar Trophy and that it was awarded its second Dewar Trophy just four years later.

At least three Cadillacs would be serious contenders for Ultimate Garage 2.0. I have shown pictures of them before, but what the hell…

From momentcar.com a picture of a 1968 Cadillac Eldorado. I would be happy with a 1967 model, also. I think these cars look magnificent and had amazing performance for their size. I might, emphasize might, prefer the ’68 because the engine was larger and had more power. 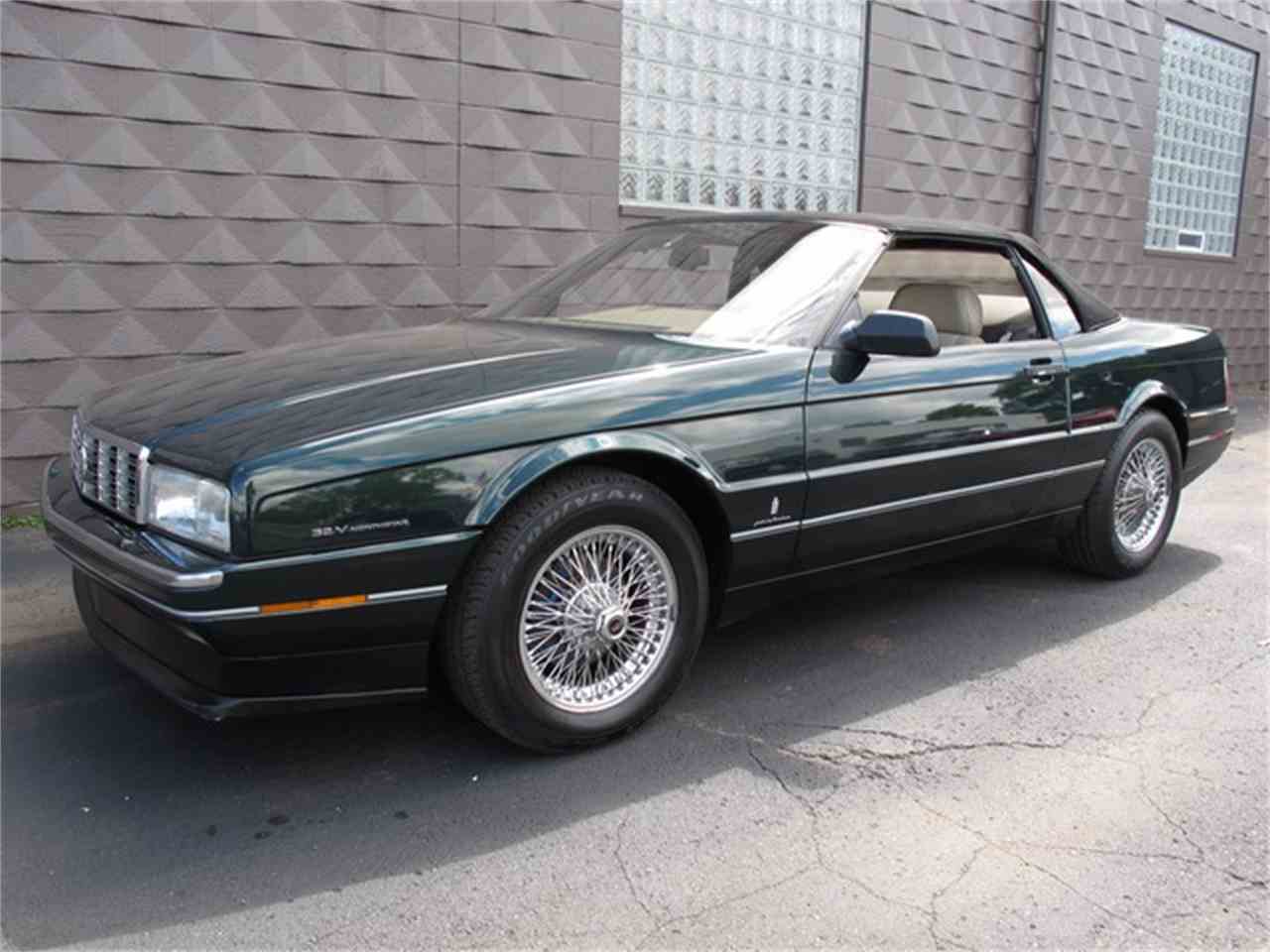 From classiccars.com a picture of a Cadillac Allante that I am almost certain I have shown before. I really like the wire wheels and the green exterior of this particular car. These cars are much maligned and much of that sentiment was “earned.” However, I think they are beautiful cars. How could they not be as the bodies were designed and built by Pininfarina? A later model with a more powerful engine or maybe even a more modern engine would make for a very nice car, in my opinion.

From bestride.com a picture of a Cadillac XLR; this is another picture I have shown before. If I didn’t have a friend who had bad experiences with these cars, I probably would have purchased one instead of the Z4. (The Z4 may be an “ex car” by this time next week.) Again, like the Allante the XLR had major quality issues at first. By the time these were fixed the car’s reputation was permanently ruined and then the “Great Recession” was the last straw. I think the XLR has extraordinary looks and more than enough performance for the vast majority of drivers, especially in XLR-V trim.

Maybe I’m way off base and out of touch with today’s automobile market, but just like I think Buick needs a halo car (I have suggested an improved version of the Solstice/Sky) I think Cadillac also needs a halo car, a vehicle to generate excitement and to help Cadillac stand apart. The company has shown some amazing concept cars and before the departure of Johan de Nysschen Cadillac announced it would be bringing the Escala to market as a production vehicle. Now, I don’t know.

What do you think? As always I eagerly await your comments. Once again I would very much like to “hear” from those north of the border in Canada.