From this article comes this conclusion that is consistent with most published research:

“Under most laws, young people are recognized as adults at age 18. But emerging science about brain development suggests that most people don’t reach full maturity until the age 25.”

I don’t know why the age of 18 has been considered the age of majority. One could guess that, at least in this country, since that’s the age people graduate from high school and since until the 1950s most people didn’t attend college, then people would be considered adults as they entered the working world. However, the only constant in the world is change. Now, two-thirds of high school graduates are in college the academic year after they graduate. More and more research reveals that the human brain does not reach its “adult” ability to assess risk and reward until about the age of 25. My opinion, based on the prevailing research, is that the minimum legal age of purchase and consumption for substances like alcohol and marijuana should be 25.

What does this research mean for driving privileges, for the minimum voting age, for the age of being to able to enlist in the armed forces? Would this mean that the military draft would have to be reinstated, for example? Consider that the age group with the highest rate of fatal crashes per 100,000 drivers is the group aged 20-24. The rate for those aged 25-29, while high, is almost 20% lower than the rate for those aged 20-24. Those who are blinded by ideology are unable and/or unwilling to understand the world is more complex and nuanced than their beliefs. “There are more things in heaven and earth…than are dreamt of in your philosophy.” That Shakespeare could write some truths.

On this day in 1908 General Motors purchased Olds Motor Works, better known as Oldsmobile. It retained its original name until 1942 when it was officially renamed the Oldsmobile Division of General Motors. Oldsmobile was the best-selling make in the US every year from 1903 to 1905, inclusive, selling about 16,000 cars in those three years.

As I have written before, Oldsmobile has/had a long history as an innovator. It introduced “Knee-Action” independent front suspension in 1934, the legendary and revolutionary Hydra-Matic automatic transmission for model year 1940, along with Cadillac the first modern overhead-valve engine in 1949, the first production turbocharged V-8 in 1962 and the first US front-wheel drive vehicle in almost 30 years for model year 1966. Oldsmobile is the only American company that produced automobiles in the 19th, 20th and 21st centuries.

For me, of course, much of my interest in Oldsmobile stems from the fact that it is, sadly, a defunct American make.

Note the Oldsmobile Service sign at the lower left. As for my most desirable Olds car with price not a factor, this might be it:

From Barrett-Jackson a picture of a 1957 Oldsmobile 98 hardtop coupe with a wonderful two-tone paint job. I don’t know the hammer price for this car. On Hemmings the list prices of ’57 Olds 98 coupes are all over the place from $34,000 to $85,000. However, even at the lower price, barring an unforeseen financial windfall, this car is out of my price range as a Z06 companion. I have dreams, but I live in the real world.

On an unrelated topic, it is highly likely that before the end of this year I will delete my Twitter account. The only reason I created a Twitter presence was to drive traffic to my blog, but Twitter has been virtually useless for that purpose. After I delete the account, most of the hashtags at the bottom of each post will disappear. 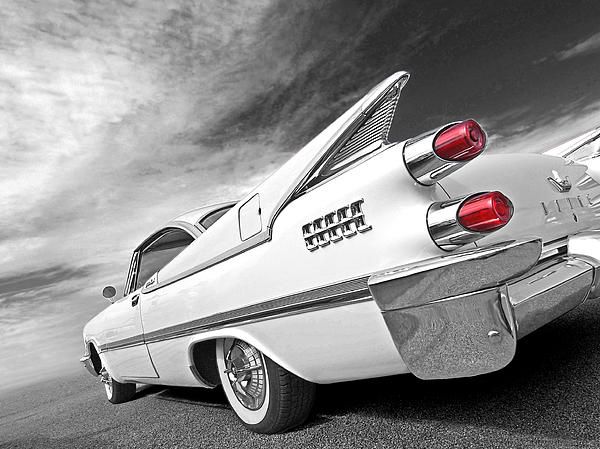 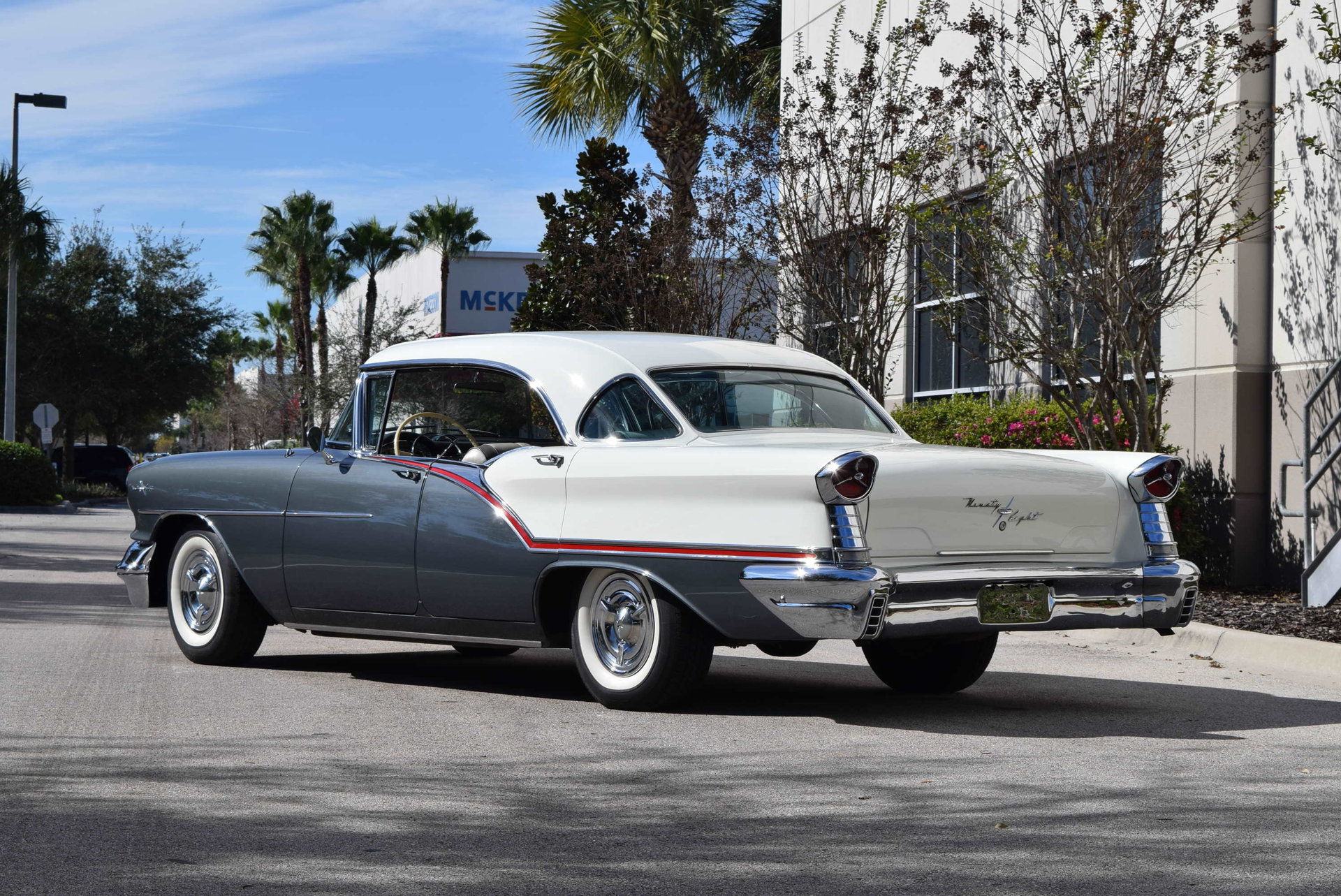