No scientific reason exists why Friday the 13th should be worse (or better, for that matter) than any other day. As far as I know, the combination of Friday and 13 was not considered to be unlucky before the 19th century.

I have written before about a particularly bad Friday the 13th I experienced (in 1991). Without getting into too many details, even though it’s before 6 AM, and even though this event technically occurred late yesterday, our day has already turned quite sour with notification of something very disappointing.

I have to admit that the disappointment has taken the starch out of me. This Why Evolution Is True post is titled, “Stanford deep-sixes its list of “harmful” words and phrases.” From the post:

“The other day I was kvetching about [my mark] to two members of Team Duck, and moaning that the “movement” wouldn’t go away for years. Both of them assured me that I was wrong, but I didn’t think so. Now, with the publication of the article below from Inside Higher Ed (IHE), I think there may a smidgen of hope. That’s because widespread mockery has caused a university to eliminate a list of words considered harmful. Remember, mockery can be an effective weapon in the fight against the benighted.

First, a review. The Wall Street Journal first cited the Stanford “Elimination of Harmful Language Initiative,” which I mentioned in a Hili post. It was a guide to language that was supposed to be used at Stanford University’s IT group…about the words recommended by Stanford for erasure.

…Now, glory be, and after widespread mockery, Stanford has rescinded the entire list.”

is a cult, detached from reality. By the way, no one has a constitutional right never to be offended.

I have written about this before, but please indulge me today. On this day in 1906 the American Motor Car Manufacturers Association held its first auto show. While this was not the first auto show held in the US, the AMCMA event was significant. It was the first opportunity for many Americans to see a large collection of vehicles built in America. I’m not sure if the following diagram was specifically for the 1906 show, but it’s interesting, nevertheless. Of course, not all of these makes were manufactured in the US, but that made the AMCMA event even more significant.

After leading all US companies in automobile production from 1903 to 1905, inclusive, Oldsmobile dropped all the way to number six in 1906. Ford, two years before the introduction of the Model T, easily led all US makes producing about 8,700 units. Cadillac was a distant second with about 3,600. Well, that may be true. Other sources, including Ford itself, have also shown 1906 production at 2,800 units. Human record-keeping was, is, and always will be imperfect. Below is a picture of a 1906 Ford Model K, an upscale model that debuted that year and replaced the Model B. 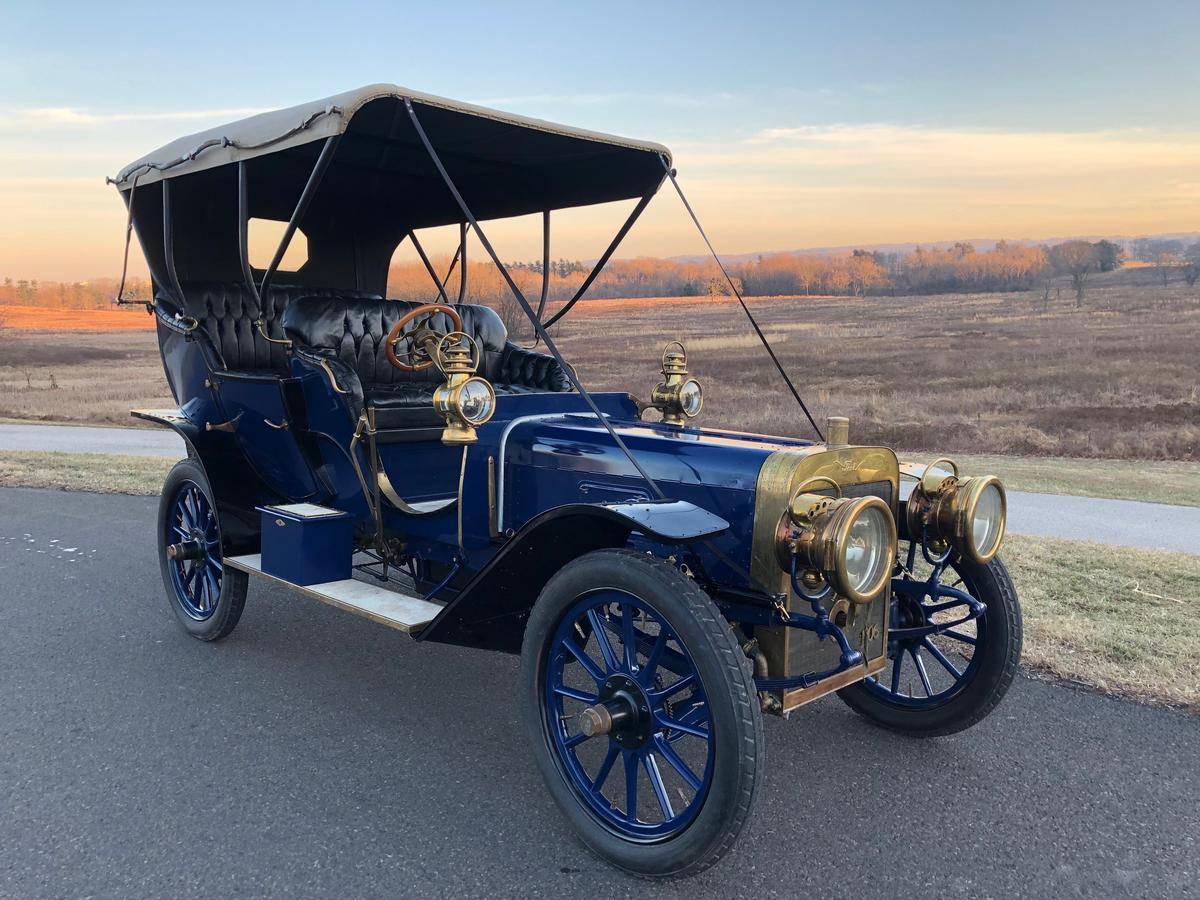 As I have written, I have no interest in brass era cars, but I appreciate their significance.

Have a great weekend; I doubt we will.

PS, just realized that yesterday’s totals for blog views and visitors were the highest in the last 30 days. Many thanks.