Incredibly, it was on this day FIVE years ago that I published the first post for Disaffected Musings. This was that post, a most lame effort if I am to be honest. In my defense, I was literally in shock that the Evil Empire, AKA Guck Foogle, had deleted my first blog because I had the “nerve” to appeal their decision to remove ads from that blog. On the plus side, I did subsequently receive the whopping sum of $25 in two payments as part of the settlement in a class-action lawsuit against Guck Foogle and their practice of deleting blogs so they wouldn’t have to pay blog authors for their ad earnings. Folks, Guck Foogle and their partner in crime, Fack Fucebook, are most evil.

I thought about listing some of my favorite posts, but after more than 1,600 of them it is difficult to remember too many specific posts. Here is one, Wednesday Words, from about a year ago that is not about cars, but is about something from my life and some of my strong beliefs.

Many thanks to those of you who read the blog on a regular or semi-regular basis. Here are the most read blog posts for each year from 2018 to 2022, not counting Where Is Cristy Lee? or the About page.

2022: Barrett-Jackson or Mecum?, this post was actually published in 2018. To be honest, I don’t think it’s a good sign when the two most-read posts in a given year were not published in that year. Where Is Cristy Lee? was first published in January, 2020.

I found this sentence from Standard Catalog of Oldsmobile 1897-1997 to be amusing: “An unforeseen event on October 29, 1929 impacted Viking sales and the Viking was discontinued in 1930.” Uh, is it illegal or blasphemous to actually mention Black Tuesday/The Stock Market Crash of ’29?!

In case you don’t know, or even if you do, the Viking was Oldsmobile’s companion make. Oakland had the Pontiac, Buick had the Marquette and Cadillac had the LaSalle. Viking was the only companion priced higher than its “parent.” As written before, General Motors’ head honcho Alfred Sloan thought that market segments existed for which GM did not have an appropriate make. The Stock Market Crash and subsequent Great Depression permanently changed the US automobile market.

Supposedly, the car shown below on the left is a 1930 Viking sedan. Total Viking production was about 7,000 units while Oldsmobile production for the same period was almost 150,000. 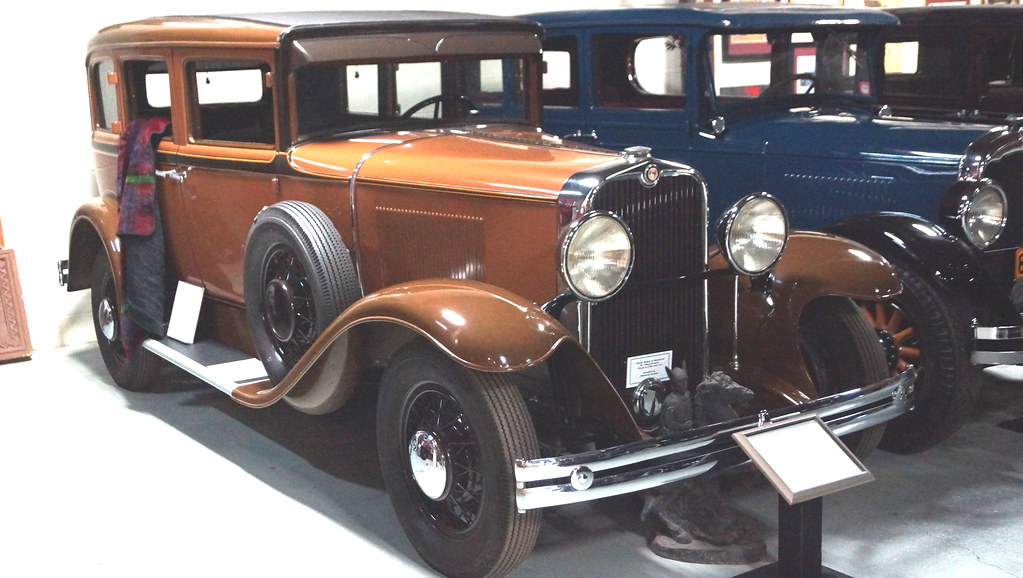 Today I will finally visit my GI practice to discuss the revolt in my GI tract. This appointment was made long ago and may have even been made before my visit to the ER in early December. I am NOT going to leave until/unless I have a blood draw so my lipase level can be checked.

The pancreatitis diagnosis was made on the basis of two slightly elevated lipase results. My amylase levels have been normal as have my AST/ALT levels, indications of liver function. I still have to wait about four weeks for endoscopic imaging of my pancreas. I hope I last that long.