To begin the first post with this title is something not so weird: the past two days the first thing I have done after waking up is to check for updates on Damar Hamlin.

The reason for today’s title is yet another weird dream. I dreamt that my wonderful wife and I were to attend an important sporting event. The tickets were purchased online and it seemed as though all that had to be presented to gain admission was some proof of identity.

When we arrived we were denied admission because we didn’t have a physical ticket. I protested vehemently and even rattled off the unique ticket numbers. The final decision to deny us admission was made by none other than the General Manager for whom I had worked in my first full-time baseball job. This person is no longer among the living.

After being denied entry my mind raced to develop ways to exact revenge against this person, the venue and the home team. It was at that point that I woke up.

While writing this I just realized that it was almost on this exact day in 1994 that the General Manager informed me in a roundabout way, I had to drag the news out of him, that I had been fired from my first full-time baseball job. I have written about this before, but even though I was an at-will employee who could be terminated at any time for just about any reason, I was fired because the Assistant General Manager–who was afraid of my abilities–lied to the GM that I had become a double agent of sorts, working for a player agent at the same time I was working for the team. That was absolutely not true, but I had no recourse.

I think that at some level the brains of most people store just about everything that has ever happened to them. However, some events are obviously more important and more easily recalled than others. Some things stick with you for the rest of your life.

Although we don’t have an offer on our house, which is necessary to be able to buy the “Goose Bumps” house, emails like the one I recently received from Hemmings get me thinking about buying a car. The email was a recap of December sales results on Hemmings. 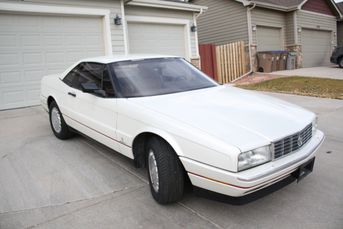 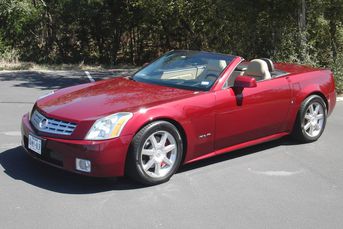 This 2007 Cadillac XLR sold for $20,738. The car supposedly had about 59,000 miles so at that price the car, sold at auction and not via a classified ad, was a bargain compared to the asking prices for similar cars around the country.

Two of these were sold on Hemmings in December, but unlike the XLR the prices–both over $20,000–were above the asking price for most other similar cars. 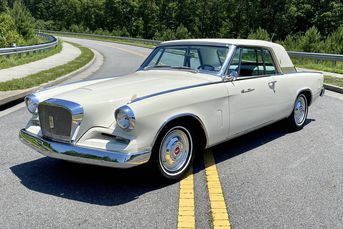 This is a 1962 Studebaker Gran Turismo Hawk. Hemmings continues to show the car below in its classified ads and the asking price is just $8,900.

Let’s say I bought the car for the asking price. Let’s assume that with shipping I’m in the car for about $10,000. I could spend $5,000 for some upgrades and still be well under the prices at which the other two Gran Turismo Hawks sold. Of course, at present I have no place to put this car and its 204-inch long body. On the other hand, at the “Goose Bumps” house I would have many options for storing this car.

Once again, the line from the movie Diner that I write so often seems appropriate. “If you don’t have dreams, you have nightmares.” Since I have nightmares anyway I might as well daydream about good things.