For the first Disaffected Musings post with this title…thanks to those of you who read the blog yesterday. Usually, the first day I post after a multiple day break does not see a large number of views and visitors. Add in the fact that yesterday was a holiday and an NFL Sunday and I would have expected little activity. I was pleasantly surprised. Once again, please feel free to tell friends about this blog and to pass along the URL, to click on any or all of the Related Posts, to submit thoughtful comments and to click on any ad in which you have genuine interest. Thanks again.

Yesterday’s weather that created the opportunity for a photo like this probably also triggered the worst Meniere’s Disease “flare” I have had in years. Beginning with a very loud ringing, my right ear felt like it was underwater and I was basically deaf in that ear for a couple of hours. I also became a bit queasy.

I took 50 mg of Meclizine and, after about an hour, I felt much better. I think the underlying stress caused by our efforts to buy the “Goose Bumps” house was also a factor in the flare-up. We now have only about four weeks to negotiate an accepted offer for our current house. That’s rather difficult as we have no offers at all and have had very little traffic. Trying to be as objective as I can, I think the probability that we are successful is only about 20 percent.

I’ve been meaning to share this piece for awhile. Charlie Munger, Vice-Chairman of Warren Buffett’s company Berkshire Hathaway, states his belief that the world is not driven by greed, but by envy. (By the way, Munger turned 99 yesterday.)

Munger remarked, “I have conquered envy in my own life. I don’t envy anybody. I don’t give a damn what someone else has. But other people are driven crazy by it.” I have often written about my strong belief that being resentful and envious of people who are wealthier than you is not a sound basis for public policy. The FACT that 80 percent of American millionaires are first-generation millionaires who did NOT inherit their wealth is never reported in the mainstream media. As Huxley wrote, “Facts do not cease to exist because they are ignored.”

If you’re reading this blog then you will probably enjoy this article from Hagerty authored by none other than Jay Leno. Here is how the piece begins: “The thing I like about my taste in cars is that I have no idea what it is. Really, if I had to define it, I would say I like to buy a good story more than I like to buy a particular vehicle.” He then writes about two particular car purchases and how the story “made” him buy those cars. Of course, it doesn’t hurt to have Leno’s net worth, but it’s hard to say he didn’t earn it. Here is the photo at the top of the story. 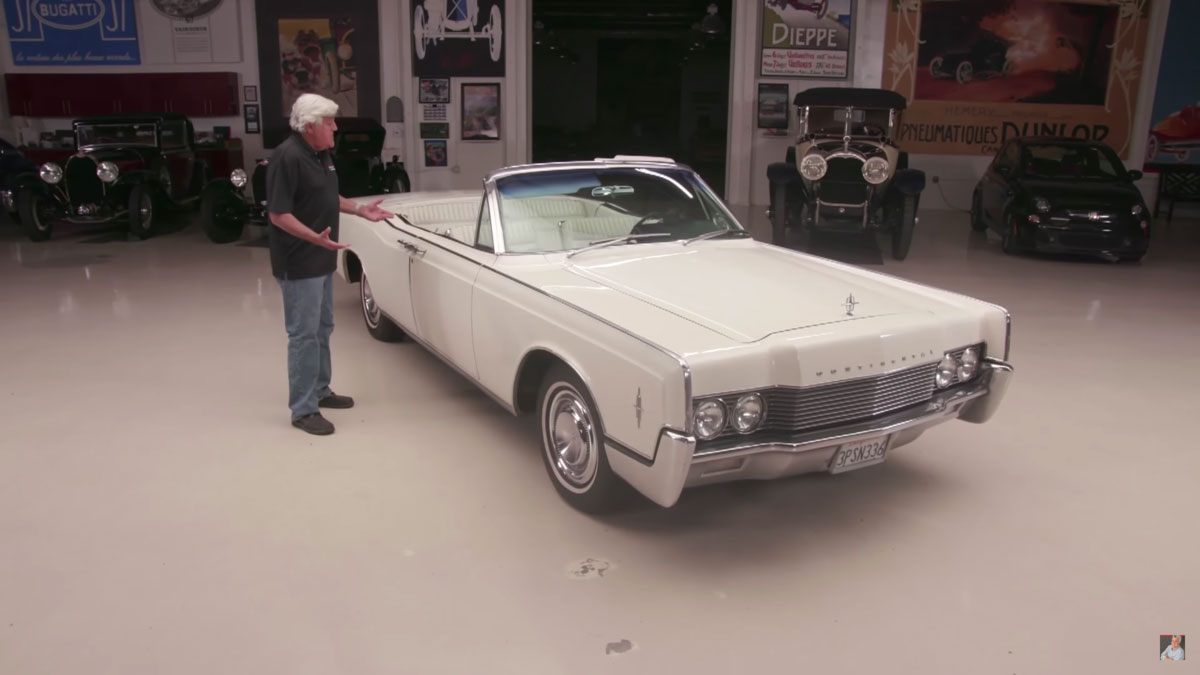 This Why Evolution Is True post is titled, “More debunked or questioned psychological studies.” The reference that really caught my eye was this, ““Expertise attained after 10,000 hours practice” (Gladwell). Disowned by the supposed proponents.”

Malcolm Gladwell wrote a book (Outliers) in which he purports to give evidence that superior achievement is basically just the result of lots of practice. Here is an excerpt from a piece by Dr. K Anders Ericsson, “In one of my first publications on expert performance I reviewed the compelling evidence for the absence of training effects on height and body size. [emphasis mine] I concluded that in many sports elite athletes are either systematically taller or shorter than the general population and these differences in height were virtually completely determined by genetic factors.”

I know people, and I’m sure you do too, who could have 10,000, 20,000 hours of training in say, Einstein’s Theory of Relativity, and not be able to explain it any better than before they started. Once again, it’s nature AND nurture. Some people have a pathological need to engage in excessive distillation of reality. That need doesn’t mean those people are correct. The world is more complex than many people want to acknowledge.