I am not a soccer fan, but the recent death of the sport’s greatest player and icon, Pelé, is sad to me. My former brother-in-law is a big fan and played at the highest amateur level in the state of Maryland.

In 1970, he took me down to Washington, DC to watch the World Cup final–Brazil vs. Italy–on closed-circuit TV. As I recall, Pelé scored one goal and assisted on three others in Brazil’s 4-1 win.

Pelé is the only player to play on three World Cup champion teams, leading Brazil to wins in 1958 (as a teenager), 1962 and 1970. The World Cup is only played every four years.

I also got to see Pelé play in person twice. The first was in 1973, I believe, when his team–Santos–came to Baltimore to play the Baltimore Bays, an independent professional team. The game was played in Memorial Stadium, the same venue that hosted the Orioles and the Colts. How that game came to be is beyond me. Given the relative lack of interest in soccer in the US at that time, the crowd of 30,000 was very impressive and, of course, was due to Pelé’s presence.

Sometime in the first half the Bays mounted an attack and managed a shot on goal, but the Santos goalie made the save. He rolled the ball out to Pelé who proceeded to dribble the ball through the entire Bays team and score on a supersonic shot to the extreme upper right corner of the net.

The second time I saw him play in person was after he came out of retirement to play for the New York Cosmos of the North American Soccer League. My brother-in-law knew another player on that team, Mordechai Spiegler, an Israeli soccer star.

How revered was Pelé? In 1969, the two factions involved in the Nigerian Civil War agreed to a 48-hour ceasefire so they could watch him play an exhibition game in Lagos. The war continued for another year after the ceasefire ended. 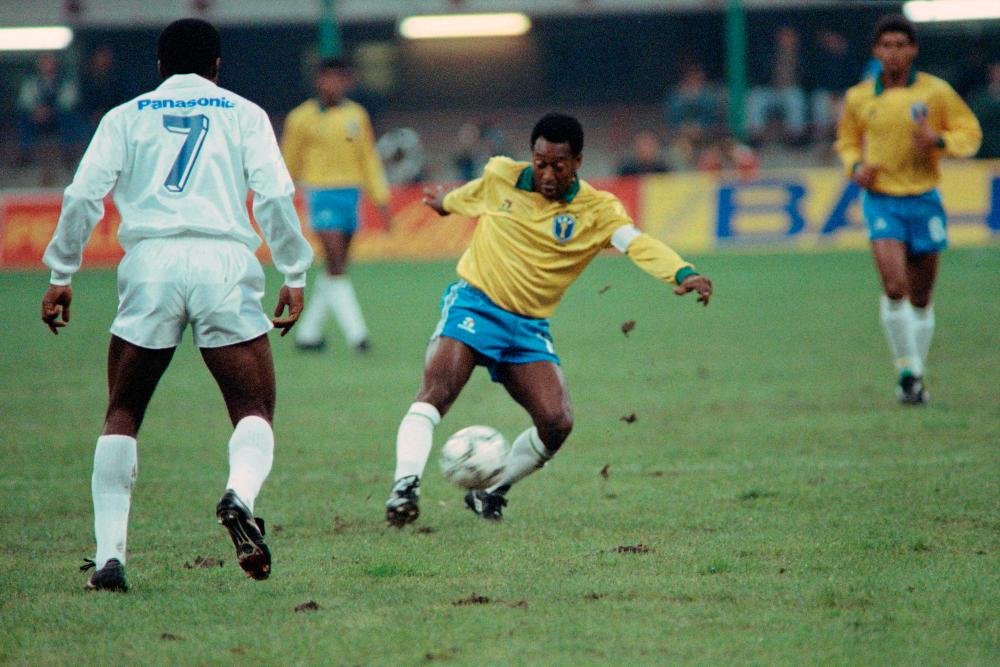 Given how much I have written about my renewed interest in college football, it might surprise you to learn that yesterday was the first time I had ever watched both College Football Playoff (CFP) semi-final games. I guess I picked the right day to start as both games were classics that came right down to the end, unlike the majority of previous semi-final games.

My “Hallelujah” in today’s post title refers to my joy at TCU’s upset of Michigan. Just because “my” NFL team is coached by John Harbaugh doesn’t mean that I am a fan of his brother, Michigan head coach Jim Harbaugh.

I was/am rooting for TCU because, frankly, the snobbery of Big Ten and SEC fans irks me. (TCU plays in the Big 12 conference.) The Horned Frogs have proven beyond a shadow of a doubt that they belonged in the playoff. (By the way, even though they lost Ohio State also showed they deserved to be in the CFP.)

TCU’s story is also compelling. After a 5-7 record in 2021 they were not ranked in the pre-season Top 25. Their head coach, Sonny Dykes, is in his first year in that position at TCU, although he was the head coach at three other schools for a total of 11 seasons.

Will the expansion to a 12-team CFP in 2024 hurt or help the event? If it provides more great games like yesterday’s then it can only be a good thing.

On this day in 1942, given the United States entry into World War II, the US Office of Production Management issued an order that froze the production and delivery of civilian automobiles. Although the “freeze” date in the order was given as February 22nd, all US car companies ended civilian production sooner than that.

According to More Than They Promised The Studebaker Story by Thomas Bonsall the last US car built for civilian use was a Pontiac that was assembled on February 10, 1942. Maybe it was a car like this: 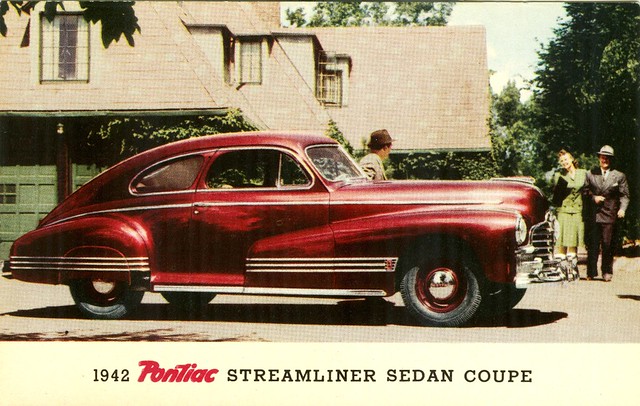 Pontiac produced 83,555 cars for model year 1942, which ranked fifth among American makes. I think that Streamliner Sedan Coupe has a great look. By the way, here are two photos of part of my automotive book library.

Happy New Year! Please wish us luck as we are still trying to execute the purchase of the “Goose Bumps” house. We need all the good luck we can get.