This is the 300th and final post for 2022. In the first four calendar years that I wrote/published Disaffected Musings I published an average of 324 posts per year. The standard deviation of that number, admittedly in a very small sample, was also very small at just 1.9. The coefficient of variation, the standard deviation divided by the mean, was .006.

The homogeneity of that number was accidental. I didn’t try to publish 324 posts a year, even though that number is the square of 18. The number of posts resulted simply from my writing when I felt like writing, even if I didn’t think I had much to write about.

The lower number of posts for 2022 did have some intent. When readership dropped dramatically around February 1, I became discouraged. Add in the long trip to Indianapolis for the Mecum auction in May, which led to just 16 posts being published that month, and voilà a 7.5% reduction in posts compared to the previous average as well as a “whopping” 12.6 standard deviations from the previous mean. Once again, a sample size of four is quite small and this is not a totally stochastic, or random, process.

Where Is Cristy Lee? was, again, the most read post of the year–it cannot be caught in the last 2-3 days–but at just .8% of total views it had the lowest percentage since its publication in January, 2020. Barrett-Jackson or Mecum?, another post not originally published this year, was second in views and One One Two Two was third.

Despite being the year with the fewest posts, I have written more words this year than ever before as for the first time I averaged more than 600 words per post, about 640 in case you’re interested or even if you’re not. That is not mere trivia to me. The number of words I have written in this blog is approaching 850,000. Not counting the first year, a year in which I was “feeling my oats,” I have averaged about 180,000 words per year. Add that number to 850,000 and the result is more than a million.

Although I have written more than a million words combined in this blog and my first one, not to mention what I wrote in the three books I have had published, writing a million words in this blog is a powerful motivator for me to keep writing. To be perfectly honest, right now that is my biggest motivation. Infer what you want from that statement.

I cannot speak about other “developed” countries, but I think the US has become the land of the blind. Too many Americans have become entrenched in their dogma and do not consider that other viewpoints are valid because NO human being is omniscient. That being said, I do not believe that all value systems are equally valid. The had a “value system,” but I feel certain it’s more than OK to reject that paradigm.

The underrated Kia Stinger will be discontinued after the 2023 model year as Hyundai/Kia succumbs to the propaganda and will convert its production to hybrids and pure EVs. Kia will be producing just 1,000 units of the Stinger Tribute Edition as its final hoorah. 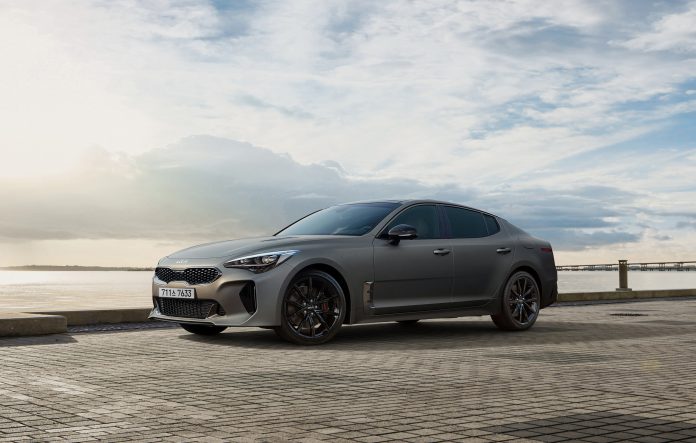 In full GT2 spec, the Stinger is a hell of a car. On an episode of Everyday Driver Todd Deeken and Paul Schmucker drove and compared a Stinger GT2 to a BMW 430i Gran Coupe. No contest, right? Even the man who loves and BMW, Paul, preferred the Kia to the BMW. (Todd did as well.)

“Do not go gentle into that good night,

Rage, rage against the dying of the light.”