In response to the announcement that the US would provide Patriot missile systems to Ukraine, the Rucking Fussians threatened that such systems and the personnel servicing them would be “legitimate” targets. In response Air Force General Pat Ryder made this on-target comment:

“I find it ironic and very telling that officials from a country that brutally attacked its neighbor — in an illegal and unprovoked invasion, through a campaign that is deliberately targeting and killing innocent civilians and destroying civilian infrastructure — that they would choose to use words like ‘provocative’ to describe defensive systems that are meant to save lives and protect civilians.”

I would call Puck Futin evil, but I think that’s an insult to evil people. His demise can’t come soon enough.

So far, I have been mainly “faithful” to the pancreatitis diet. In the last two weeks, I have had almost no cheese (I had mozzarella on one egg-white omelet), only two egg yolks and no fried foods at all. I have been consisting primarily on cold cereal (no longer with whole milk) and hot oatmeal, with one protein shake a day. My “vices” are a couple of pieces of dark chocolate and baked Ruffles.

Since my CT scans were clear I took it upon myself to place a heating pad on my abdomen every night for about 10 minutes. Whether it’s the placebo effect or not I can’t say, but I can say that the discomfort in the upper left quadrant of my abdomen has diminished significantly.

I am still trying to get my GI practice to conduct an endoscopic procedure of my pancreas and liver called an ERCP. Given the time of year, it’s almost like trying to take out a rhinoceros’s appendix through its anus with a paperclip. (Thanks, Ztemoc.)

While it is far from certain, the possibility exists that my wonderful wife and I will be living in a house that has parking for five cars. Yes, our offer on the “Goose Bumps” house was accepted. Now, all we have to do is to sell our house in the next 6+ weeks, during a dead real estate market at the worst time of year.

While I doubt that I will ever own three cars of my own–my wonderful wife is certainly entitled to buy at least one companion for her Corvette–I am now trying to think about something other than an XLR or Solstice GXP as a companion to my Mustang GT. I would want to buy a convertible, it is Arizona, and something with a better power-to-weight ratio than the Buick Cascada I owned for three months.

I don’t want to buy a German car, but Mercedes-Benz and BMW have the lion’s share of the market in which I am interested. However, one possibility exists that isn’t German: 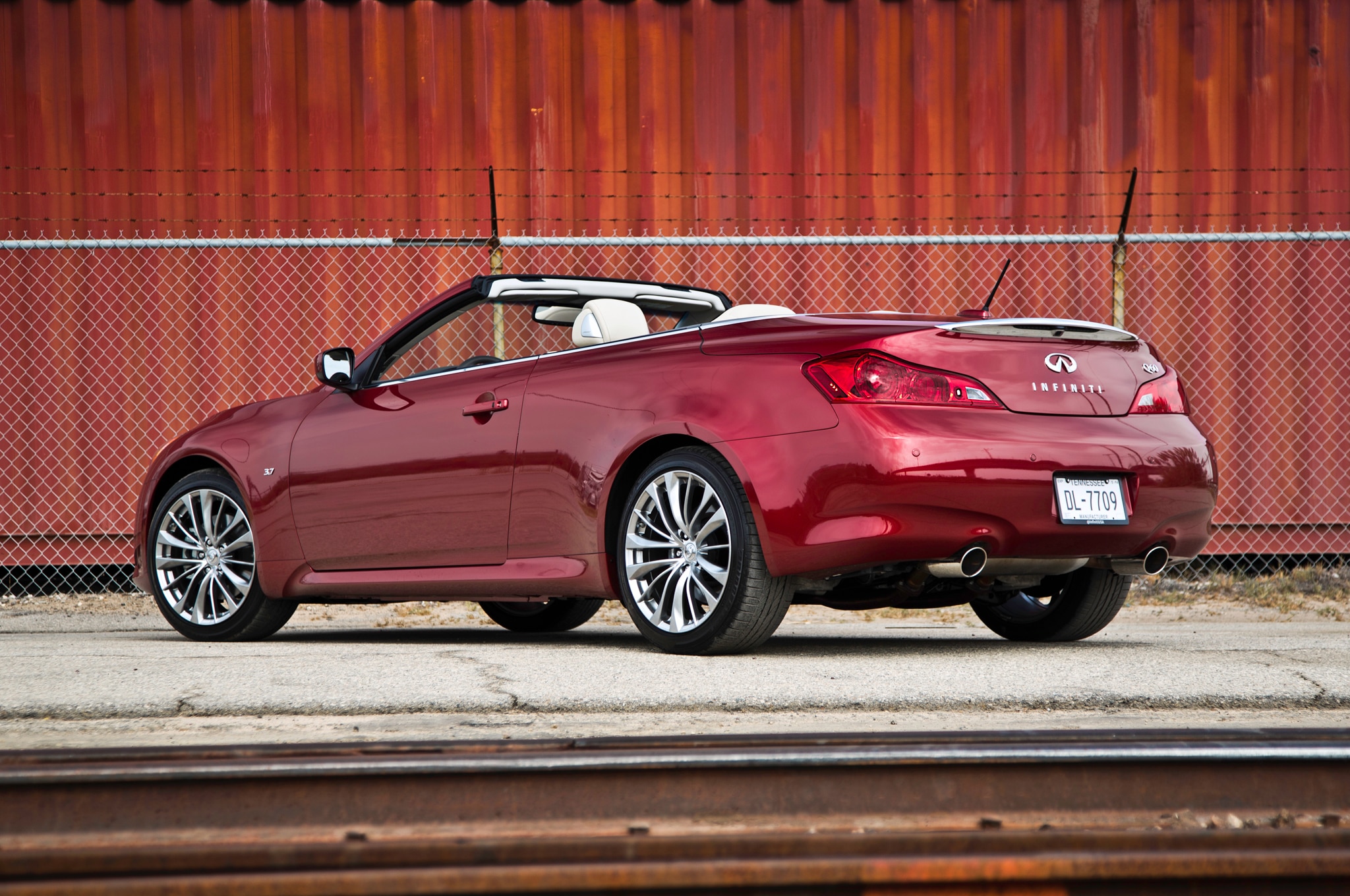 This is an Infiniti Q60 convertible. I don’t know if this output is solely the domain of this car in IPL spec (IPL stands for Infiniti Performance Line), but the 3.7 liter V6 is rated at 343 HP/273 LB-FT of torque.

I have seen a few of these around here and, much like the Mustang GT I wound up buying, the Q60 looks better in person than in photos, for some reason. However, these cars are quite scarce. A quick look on AutoTrader this morning found ONE in the entire country with fewer than 30,000 miles and no reported accidents. Increasing the maximum mileage to 45,000 did add two more available cars.

I know I am putting the cart before the horse. The probability that we wind up with the “Goose Bumps” house is far less than 100%. Once again, however, if you don’t have dreams you have nightmares.