My wonderful wife is a big fan of John Mellencamp’s music and has been for a long time. Me not so much, but he did earn my respect for what he said during part of his speech at his recent induction into the Rock and Roll Hall of Fame. I’ll quote part of that speech, “Fuck antisemitism.”

With the horrifying increase in antisemitic sentiment coming from all sides and from all types of people, famous and otherwise, it is heartening to see people like Mellencamp make a public stand in opposition. He also said that silence is complicity, which is very true.

This CNBC article quotes Jamie Dimon, CEO of JPMorgan Chase, as saying, “If the lesson was learned from Ukraine, we need cheap, reliable, safe, secure energy, of which 80% comes from oil and gas.” Dimon is right, in my very strongly held opinion, and the eco-mentalist (thanks, Jeremy Clarkson) zealots are wrong. A modern, industrialized country/society will not be able to have its power needs completely met by “renewable” energy sources for decades to come, if ever.

I probably won’t be around when the folly of the zealots manifests itself in a diminished standard of living and would laugh when the earth’s temperature continues to rise (although not as much and not as fast as the lemmings claim) because less than half of whatever is happening to the climate is a function of human activity. For these blind patrons, the issue is not one of science, but of punishment of what they believe is evil behavior.

My wonderful wife sent me a link that, ultimately, led me to this story about a very valuable concept car that is about to be sold at an auction. From that Robb Report piece, a picture of said vehicle. 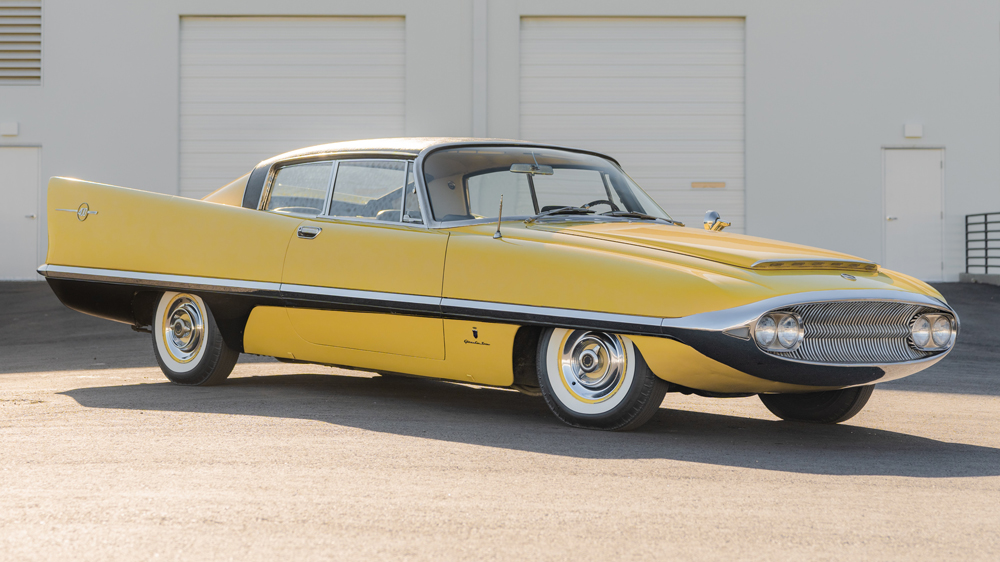 This is 1957 Chrysler Ghia Super Dart 400 concept car that will be on the block at the Bonhams auction in Scottsdale, Arizona next month during “Car Auction” week. Of course, the car is very much of its time with the exaggerated fins and nod to the burgeoning Space Age, but is still an interesting example, in my opinion, of an era when regulation and lack of courage had not yet dampened imagination.

I don’t know if famed designer Virgil Exner actually drew this car or if it was done under his auspices, but this is–of course–a classic Exner design and an example of the Forward Look design, with its continually rising beltline, that he introduced to the Chrysler lineup in the late 1950s. Many people don’t know that Exner worked for General Motors and for Studebaker before going to work for Chrysler in 1949.

Is this report the end for asshole NFL owner Snan Dyder? While I think Congress probably has more important things to do than to investigate an NFL team, the report titled “Conduct Detrimental: How the NFL and the Washington Commanders Covered Up Decades of Sexual Misconduct” is not a good look for the league and is probably, hopefully the final nail in Dyder’s NFL coffin.

Dyder, who is Jewish, is an example that anti-Semites use to conclude that Jews are evil, like Bernie Madoff. All groups of people have evil members. One of the paradigms that really makes me angry is that so many people want to judge others based solely on that they are part of Group A or Group B. People should be judged as individuals, on their collection of strengths and weaknesses, NOT because they are an A or a B. That’s why I am vehemently opposed to affirmative action schemes. First earn, then receive.