This post is really going to wander and, I suspect, make some/many of you a bit angry.

First, a couple of links from Why Evolution Is True:

The injurious ruling of the Supreme Court on guns

The reference is to the recently decided Supreme Court case, New York State Rifle & Pistol Association, Inc. v. Bruen, which was settled in favor of less restrictive gun rights. Once again, people are entitled to their own opinions, but not to their own facts.

About 40,000 people die in the US every year at the wrong end of a gun, period. That is a fact, period. Whatever we are doing as a country regarding guns doesn’t work. Since my family has lost someone to gun violence–my uncle who had survived being in a concentration camp–maybe my perspective is different from others. Although J. Edgar Hoover was not a paragon of virtue, I will quote him once again as a representative of someone who is/was considered part of the political right in this country. “Those who claim that the availability of firearms is not a factor in murders in this country are not facing reality.”

Of course, we are also doing a poor job in treating mental illness. Of course, our misplaced obsession with patient privacy is a hindrance in dealing with mental illness, among other conditions. Still, when one considers that of all the children in the world aged 0-14 who are killed by gun, 87% of them are US children something is rotten in the state of America.

Supreme Court justices are human. They get sick, they have bad days AND they have inherent biases. That body once ruled that separate but equal was equal and then less than a person’s lifetime later changed its position. It ruled one way in Roe and the opposite way in Dobbs. To those on the political right who cheer decisions like Bruen, Chief Justice Roberts–appointed by George Bush–broke the tie and led to the ruling that “Obamacare” was constitutional. In Kelo, the Supreme Court ruled that, absent strong local legislation to the contrary, any jurisdiction can seize private property for basically any reason via eminent domain. Just like Roe was overturned, the day could come when Bruen and Heller are overturned.

I believe in facts. The fact is that gun violence in the US is out of control. Decisions like Bruen and Heller don’t help this country stem the gun violence.

Robyn Blumner on truth and humanism is about “the tendency of some leftists to efface or hide the truth.” I think it’s more than “some” at this point, the right is no better (see above), but remember that Jerry Coyne is an admitted liberal and defends many of their principles. Blumner also wrote, “Because there is also truth-slaying happening in progressive circles generally in the name of social justice.”

I recommend reading the article, even though it’s long, as well as the comments. In my opinion, Why Evolution Is True seems to attract/inspire much more enlightened comments than most blogs. Well, except Disaffected Musings, of course.

I think the College Football Playoff (CFP) committee got it right this year, both in terms of the four teams it selected as well as the seeding. I was glad to see that TCU made the field and was seeded third.

It is possible that the CFP could see both a Georgia-Ohio State and Georgia-Michigan game. Talk about star power…this is the first time in CFP history, which admittedly is just nine seasons, that the Big Ten has two schools in the four-team field.

Although the CFP committee is not supposed to consider that its seeding could create rematches of conference games, I think it does, whether or not that’s an overt decision. Last season, an undefeated Cincinnati team–including a win at Notre Dame–could have been seeded third instead of fourth. However, that would have led to an Alabama-Georgia rematch in the semi-finals. Those two teams did end up playing for the championship, but at least each had to win its semi-final game first.

From this Hagerty piece is a relevant picture: 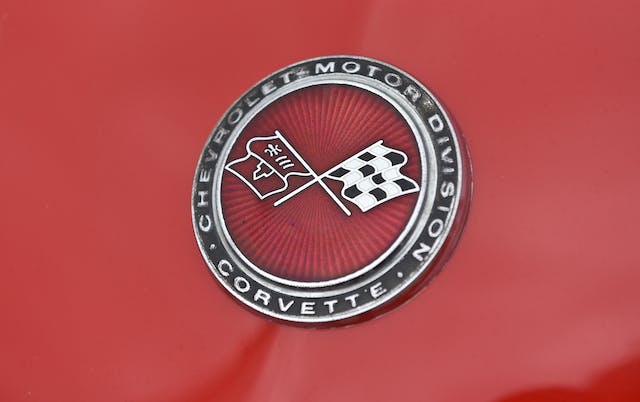 The title of the piece is, “Corvette sub-brand and SUV on the horizon?” Some of the rumors in the article are not new, such as a hybrid e-Ray (similar in power and concept to the modern Acura NSX), a twin-turbo ZR1 and a hybrid along the lines of the McLaren P1 and Ferrari LaFerrari, the Zora, which would have the ZR1 engine PLUS electric motors, giving the car an output of 1,000+ HP and 1,000+ LB-FT of torque. The foreign examples were seven-figure cars; the Zora will probably cost between $200,000 and $250,000.

Some of the other rumors have not been as widespread, but are not previously unknown. A potential Corvette SUV, 4-door “sedan” and turning Corvette into its own make/brand have all been floated before.

I have to admit that, even though I am not a fan of pure EVs, a hybrid Corvette intrigues me a little bit. What motorhead wouldn’t like to have a 1,000+ HP car?! I guess I’d better start saving…in all seriousness, the looks of the C8 will probably keep me from ever buying one. Sadly, the C9 will probably be electric only with not even a hybrid option available.

What do you think of these rumors? Some of them have to be more than rumors at this point given how long and how consistent they have been.