In the SMH file, SMH is Internet shorthand for shaking my head, the title of this Why Evolution Is True post is “The ideologues: why we can’t use statistics any more.” This is example #1,575,000 of the hypocrisy of ideologues. These idiots rail against climate change “deniers” saying they ignore science, but a large subset of them want to ignore statistics on claims the field is biased. Mathematics is the language of science; math is the language of the universe. People in glass houses…

In the Cars A To Z series, the “G” post about Graham-Paige was easily the most read entry although I have no idea why. This piece from yesterday on Mac’s Motor City Garage is about the supercharger Graham used on their cars from 1934 until they ceased automobile production in 1941. What was unusual about that is that Graham cars were not expensive and these were the first affordable cars with a blower. It is a virtual certainty, remember that human record keeping has never been–and never will be–perfect, that Graham sold more supercharged cars than any other company before World War II.

Graham and Hupmobile joined forces after the demise of Cord to build cars based on Gordon Buehrig’s classic design. Hupmobile had acquired the Cord dies, but lacked the financial resources to build the car. From Wikipedia: “Graham agreed to build the Hupmobile Skylark on a contract basis, while receiving the rights to use the distinctive Cord dies to produce a similar car of its own, to be called the Hollywood. The striking Skylark/Hollywood differed from the Cord from the cowl forward with a redesigned hood, front fenders and conventional headlights, achieved by automotive designer John Tjaarda of Lincoln-Zephyr fame. The Cord’s longer hood was not needed, as the Hupp and Graham versions were rear-wheel drive. This also necessitated modifying the floor to accept a driveshaft. Graham chose the four-door Beverly sedan shape for the Hollywood rather than the two-door convertible, as they wanted the Hollywood to be a popular, mass-market car.”

Graham’s car was available with the supercharged inline 6-cylinder engine. From Barrett-Jackson comes a photo of a 1940 Graham Hollywood supercharged sedan: 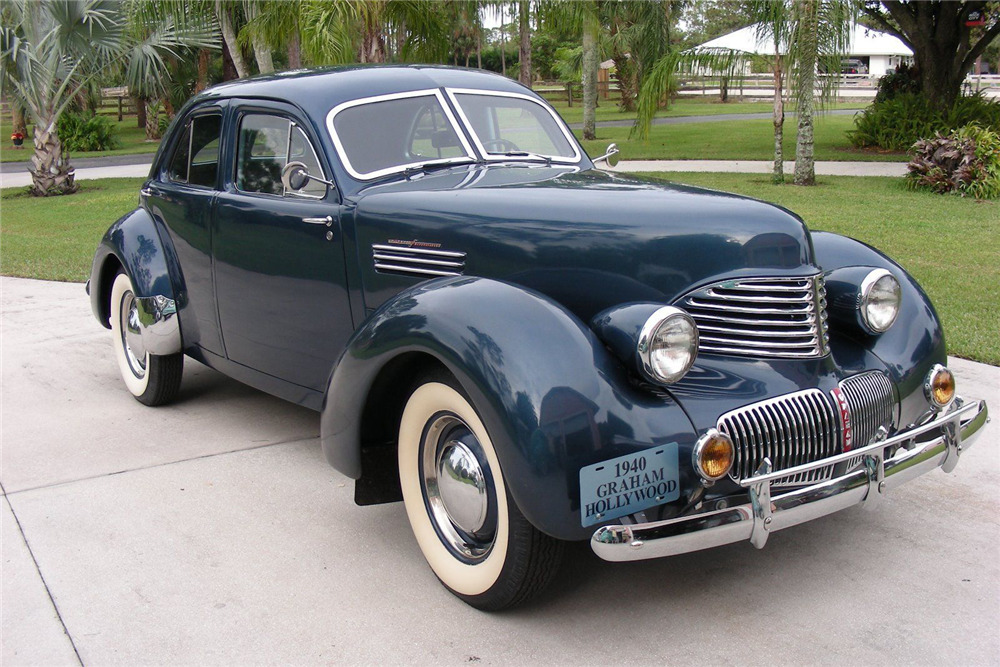 The resemblance to the Cord 810/812 is obvious, but the cars are also not identical in styling. Once again, sources “disagree” (imperfect record keeping), but somewhere between 1,500 and 1,900 Graham Hollywoods were built in 1940-41. In its last year of production, the supercharged Hollywood was priced at $1,065, about $22,000 in today’s money. The average price for a new vehicle in the US today is about twice that much. In 1941, Buick’s most expensive non-limousine was $2,360.

Like most defunct companies, Graham is forgotten today except, perhaps, for its connection to Paramount and Madison Square Garden. However, they made a major contribution to the automobile industry, forgotten or not. They are kind of like me in that I am a pioneer of sports analytics, a father of Moneyball, but I am forgotten today.