I had a dream that I was watching a pro football game on TV, but all the director and cameraman wanted to show were two players’ wives. Obviously, I don’t really know what they looked like–I don’t think one can visualize a person they’ve never seen–but I did have the impression that they were, indeed, beautiful. However, I became angry that the game wasn’t actually being shown, nor was any of the commentary about anything except these two women. Once again, it is hell to live inside my brain. Oh, if I had a dollar for every time I’ve typed “agaib” when trying to type “again” I could probably afford to buy almost any car.

Nikola founder Trevor Milton was convicted by a federal jury on one count of securities fraud and two counts of wire fraud. Nikola was the name of an electric truck and, obviously, was named after Nikola Tesla.

People like Milton, Elizabeth Holmes and Bernie Madoff do give capitalism and the stock market a black eye. However, while I won’t say that people want to be deceived, many are guilty of willful blindness when it comes to investing their money. I am not talking about the ludicrous trend of ESG currently running amok, I am simply talking about people who want an outsized return on their investment and who don’t dig too deeply when they think they have a chance to do so.

This Hagerty piece is about 5 “classics” that are “finally cooling off.” One of these is a car very near and dear to me. 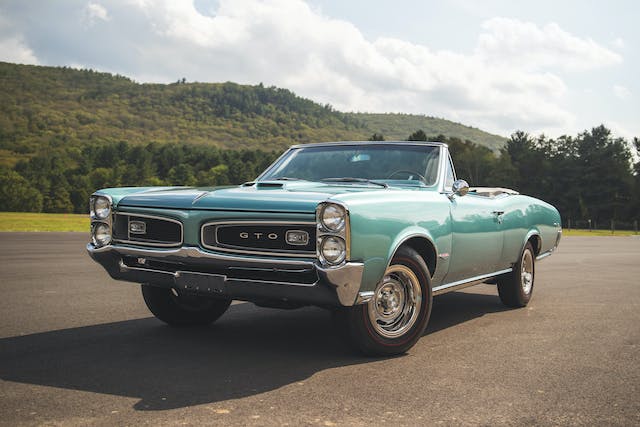 This is a 1966 Pontiac GTO convertible. Of course, my first car was a ’67 Goat, although not a ragtop.

More from the piece:

“The cooling off is the muscle car market, which reached all-time highs this year. Now, several of these 1960s and ’70s classics have posted declines.

…There’s no doubt the broader economy is having an impact. Inflation is hitting us all in the wallet while uncertainty in the stock market is hitting us all in the 401(k). Although classic cars, like many tangible assets, can be a hedge against such bad news, they are also, like other discretionary purchases, subject to pressures on consumers. That’s particularly true for relatively attainable vehicles like muscle cars, which by and large are bought and sold by people of ordinary means.”

Over the last six months, our family portfolio has seen a decline in value of more than 10 percent, which equates to a six-figure loss. Of course, this loss is really only on paper, but the wealth effect is very real.

The first-gen GTO (1964-67) was shown having a recent 7 percent decline in value. The ultra-wealthy (sometimes called, with contempt, the “Fuck You Rich”) are also losing money, on paper, but if you start with $700 million, even if you lose 20 percent you still have $560 million. These people are probably not buying 1967 GTOs, but 1967 Ferraris.

I am always skeptical when people tout some “investment” as being recession-proof. That applies to automobiles as well. As I have written many times, I don’t really believe in buying cars as a financial investment, but as an investment in the enjoyment of life, if one is so inclined.