These two CNBC articles report that 1) Ford, unlike General Motors, is allowing dealers to opt out of selling electric vehicles and continue to sell the company’s cars, and 2) has unveiled the new, seventh-generation Mustang (beginning in the 2024 model year) as a car powered by an Internal Combustion Engine, unlike Chrysler/Stellantis which will end the Challenger and Charger as ICE-powered cars after the 2023 model year. Ford’s Mustang announcement also is contrary to the loud rumors that GM/Chevrolet will re-launch the Camaro as an electric car.

Martin Gjaja, Ford’s chief customer officer for the company’s electric vehicle business, is quoted as saying, “There’s too much uncertainty. We don’t think it’s fair to force them to go on the EV journey or force them into a buyout. We think it’s really uncalled for because they have a healthy and strong, growing business. We want them to have the choice.” OMG, a car company executive talking about choice.

When GM and Volvo and Jaguar announce they are committing to an all-electric fleet they are saying, “If you want to buy a new car from us in the near future, you HAVE to buy an electric car, whether you want to or not.” Oh, isn’t GM currently producing ICE vehicles, hybrids and pure EVs and still making profits?

As for the Mustang, Jim Owens–head of Mustang marketing–said, “We know customers do want that internal combustion and some of them want the electric and we offer both in that Mustang family.” Once again, Ford is giving customers a choice. Isn’t that the way the US economy is supposed to work?

Sorry, but I don’t care if many would label me as an old fogy, customers are supposed to be able to choose from among competing products, not have choice removed by government and big business. Yes, I know those two entities have been hand-in-hand in regulating commerce and restricting your choices for years. However, heading blindly into EVs without any thoughts about infrastructure and access for the many millions of people who don’t have a garage is beyond a fool’s errand.

“Do not go gentle into that good night,

Rage, rage against the dying of the light.”

While this recent piece has a European slant, it is from the UK division of Hagerty, it does show what might have been if manufacturers had been less timid. I think this car that was not to be, unlike some of the others mentioned that were produced but only for a short time, has a very nice design: 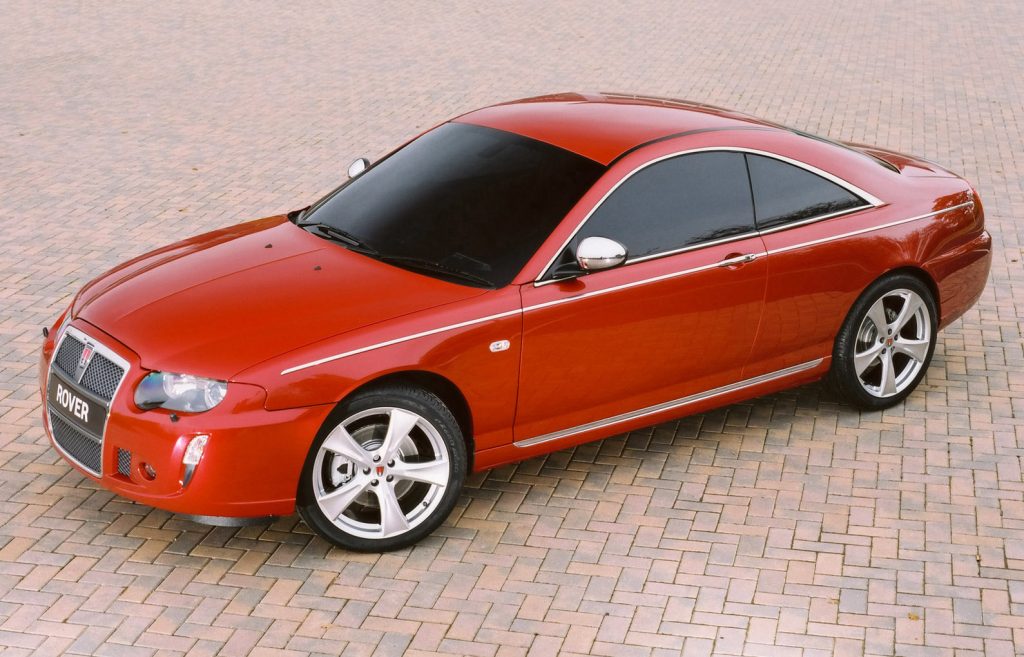 As you can see from the front grille, this is a Rover, the 75 Coupé Concept. However, it did not end up in production because MG Rover went “into administration” (more than £1.4 billion in debt) not long after this was unveiled. Another Ford connection…the rights to the Rover brand were part of the transaction when Ford sold Jaguar and Land Rover to Tata Motors of India in 2008.

I don’t care if I’m the last person in the country not driving an electric car and/or an SUV or pickup truck. I will drive what I want until it is literally impossible to do so although I am 99.9% certain I won’t live that long.