No disrespect intended to the people of Ukraine and I fully acknowledge that the turmoil is all in my head.

Despite this being the fourth day that my new Ford Mustang GT is in our garage, I am still envisioning a scenario in which another delay in the delivery of the parts needed to complete the repair of the Z06 causes the deal to come undone. That’s just how my mind works, or doesn’t. Ironically, the Z06 is literally next door to the Ford dealership where I bought the Mustang.

The parts are supposed to be delivered no later than the 22nd and the Ford dealership made the deal with that “knowledge.” The best-laid plans of mice and men oft go awry.

On this day in 1814 the British army and navy halted their attempt to capture the city of Baltimore. Fort McHenry had been bombarded for 25 hours. Of course, this battle inspired lawyer and poet Francis Scott Key to compose the poem, “Defence of Fort M’Henry,” which became the lyrics for the US National Anthem.

This Wikipedia article might be a good starting point if you want to learn more about the origins of the War of 1812. I must admit I know little about that conflict even though my birthplace was the site of one of the war’s major battles and a turning point. I am not a student of military history. From Why Evolution Is True, a photo of the earliest surviving sheet music of the anthem: 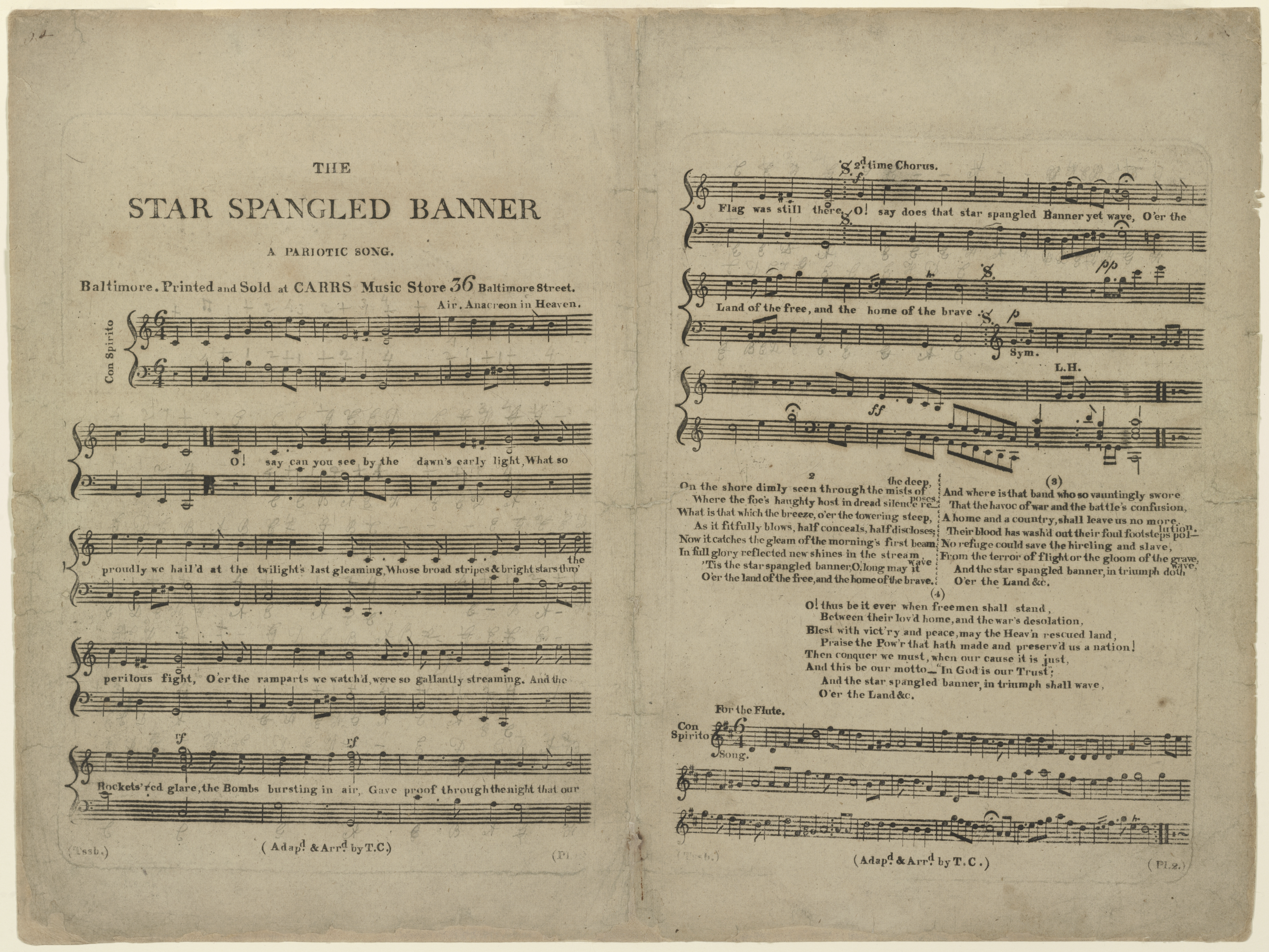 On this day in 1899 Henry Bliss (an ironic name as you will soon see) became the first person to be fatally injured in an automobile accident in the US. (The accident happened on September 13; he died from his injuries the next day.)

Bliss was exiting a streetcar at West 74th Street and Central Park West in New York City when he was struck by an electric taxicab driven by Arthur Smith. Smith was charged with manslaughter, but was later acquitted.

In 2020, about 7,000 pedestrians were killed in car accidents. About a third of those pedestrians were legally drunk, meaning that they had a BAC of .08 g/dl or higher. We are in an era where we can’t “blame the victim.” The percentage of drivers who were legally drunk  in accidents leading to the death of a pedestrian was, surprisingly, much lower, 13%. Maybe those in favor of Prohibition were on to something.