The window for delivery of the parts needed to complete the repairs of the Z06 begins today. The sooner, the better as the future beckons.

For all I know, this could be the only installment of If I Had To…It is not easy for me to write about vehicles in which I have little interest. It is also possible that today’s post will not be well received or widely read.

OK, if I HAD to buy a four-door car which ones would I consider. I think that virtually all four-door vehicles look like boxes, devoid of interesting shapes. I spent some time thinking about these cars and only came up with three, one of which I have only seen at car events. In order of least expensive to most expensive: 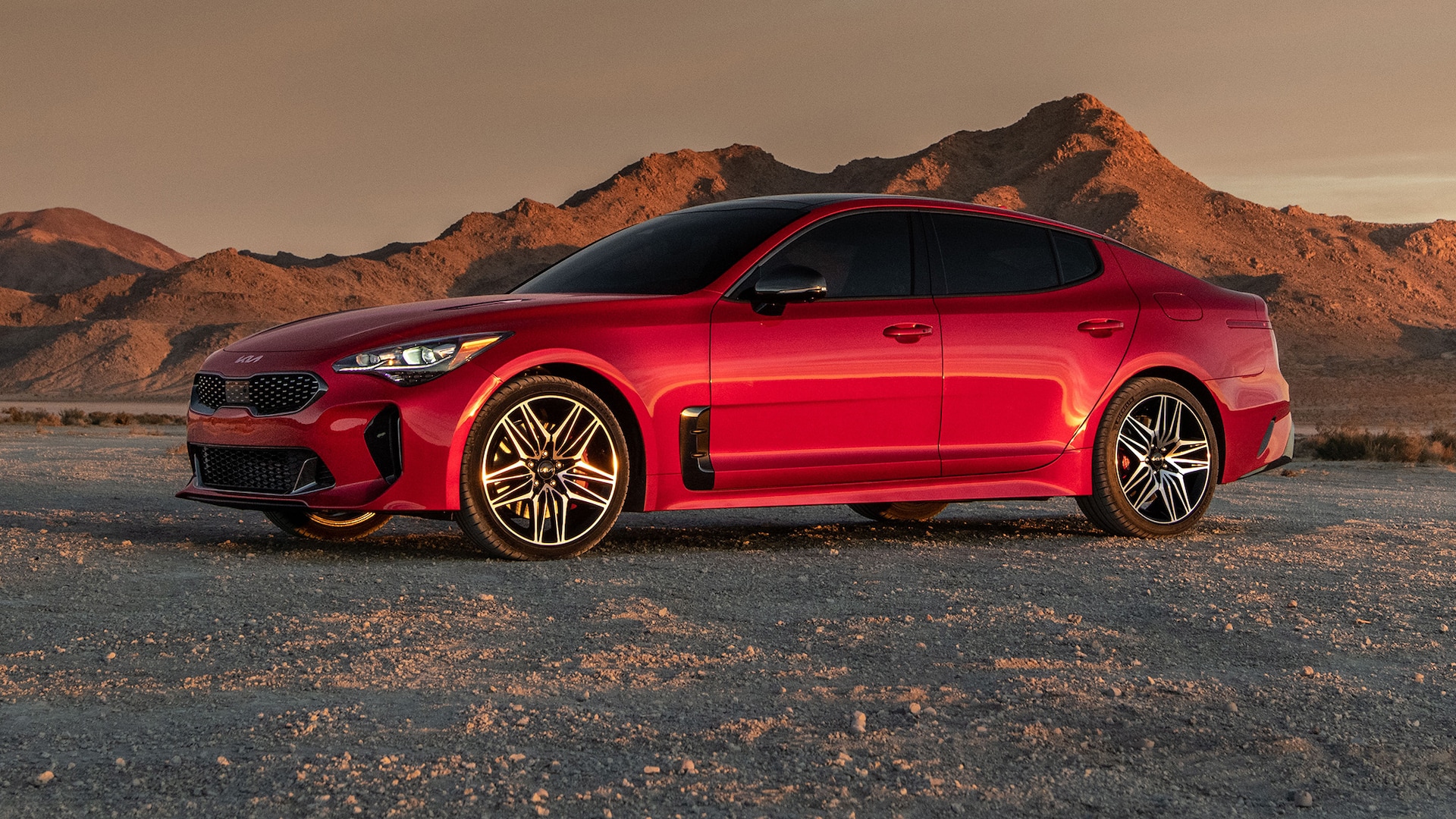 This is a 2022 Kia Stinger GT2. On an episode of Everyday Driver Todd Deeken and Paul Schmucker drove and compared a Stinger GT2 to a BMW 430i Gran Coupe. No contest, right? Even the man who loves and BMW, Paul, preferred the Kia to the BMW. (Todd did as well.)

Both said the Kia had better performance AND a better ride than the BMW. The Kia Stinger is one of the great unknown cars, in my opinion. The subhead for this Motor Trend article about the Stinger reads, “America is missing out on this criminally overlooked sedan.” I believe that 2022 is the last model year the car will be produced and it will have died from badge snobbery. (The Genesis G70 is basically a Kia Stinger with three inches taken out of the chassis, meaning a less comfortable rear seat, and a little more luxurious interior.)

The GT2 is powered by a 3.3 liter (about 200 cubic inches), twin-turbo V6 that produces 368 HP and 376 LB-FT of torque. I’ve seen a 4.6 second 0-60 time associated with the car, but the time usually shown is 5.1 seconds. Either way, that’s quick for a car that seats five and has a rear hatch that allows much cargo to be hauled. The base MSRP for this car is about $51,000. That’s about the same as a Toyota Sequoia. Uh, which one would you rather drive?

The next car makes the list basically because I have been a fan of the make since I was very young.

This is a 2022 Maserati Ghibli in Trofeo spec. The article in which this picture appeared recommended the Modena version, however. What’s the difference? About 156 HP, the Modena has 424 HP (the base Ghibli has 345) while the Trofeo has 580. Do you need 580 HP in a four-door car? The Ghibli Modena engine makes 428 LB-FT of torque, which helps push the car from 0-60 in 4.9 seconds.

Like the Stinger, the Ghibli will soon be out of production. Maserati has realized that having two very similar four-door sedans in its lineup was not a good idea and will only be manufacturing one. Now part of the large Stellantis company, Maserati’s future is cloudy, in general.

I have test driven a Ghibli (a base model from 2020) and was impressed. The engine sound was awesome, the car handled and braked well and it was very comfortable. One feature I particularly liked was that the rear seats sit a little higher than the fronts, giving rear passengers a good view. The base MSRP for a Ghibli in Modena spec is about $81,000.

Here is the most expensive car of the bunch: All publications that I’ve read praise the CT5-V Blackwing for its combination of styling, acceleration and handling. Sadly, this and its sibling, the CT4-V Blackwing, will be the last gasoline-powered V cars Cadillac will ever produce. Supposedly, the make’s entire lineup will be either pure electric or hybrid by 2025.

Please share your opinions about this post. Also, feel free to recommend four-door cars (no SUVs or pickup trucks) of your choice.