No, the post is not about Chai Tea. Yes, it is a play on “Hi, September” as it is my first post of the month.

The post title also refers to the fact that the product of the month and the day is 18 (nine times two). In Hebrew, every letter has a numerical value. The sum of that value for the letters in the word “Chai”–the Hebrew word for “life” (חיים, in עִבְרִית; the toast “L’Chaim” means “to life”)–is 18. Many Jews, even those of us who are not religious but are solely of Jewish ancestry and are OCD math nerds, believe that 18 is almost a holy number because of its association with the Hebrew word for life.

One manifestation of my OCD is to use the number 18 as a basis for making decisions. (Avoiding the number 13 is also part of my behavior.) When I had multiple clients in my baseball operations/player personnel consulting business I ordered uniform tops for each team with my name and the number 18. I would like to show you one of those jerseys, but this blog is still anonymous, technically.

That’s more information than you want or need about me. Oh, count the number of stars used as a divider in my blog posts.

Yesterday, Disaffected Musings received more views on a day without a post than the average number of views for all days from February 1 to July 31 of this year. The average number of views for the last two weeks of August was 68 percent higher than the February-July average. I grant that the six-month average is a bit misleading because March and May did not have a normal number of posts. Still, 68 percent is a very significant increase.

The average for the end of August basically equaled that of the best six-month stretch in the history of the blog, October, 2020 through March, 2021. I will not break a butterfly upon a wheel or look a gift horse in the mouth; I will just say Thanks.

Truth is stranger than fiction, indeed. EVs are not the answer and are certainly not the only answer.

In that vein, here is a funny photo sent to me by David Banner (not his real name):

Speaking of Tesla, this piece is one of many reporting that some Tesla owners in Norway–land of the EV–have “begun a hunger strike in the hopes of bringing attention to a long list of alleged quality issues with their luxury vehicles.” Truth and fiction…

I am thinking about writing a few posts called If I Had To…These would be what vehicle I would pick if I were forced to select from a group that I would normally not consider, like or 4-door sedans.

I hesitate to call this a series as I might publish only two or three such posts. I also will NOT pick from among SUVs or pickup trucks. Sorry, pickup truck fans, but they have always had zero interest to me. They all look like a small box on top of a big box on top of wheels.

These posts would only show modern vehicles, say from this century, so the following would be out. This would have been the subject of a Hall of Very Good Cars post if I were continuing the series. 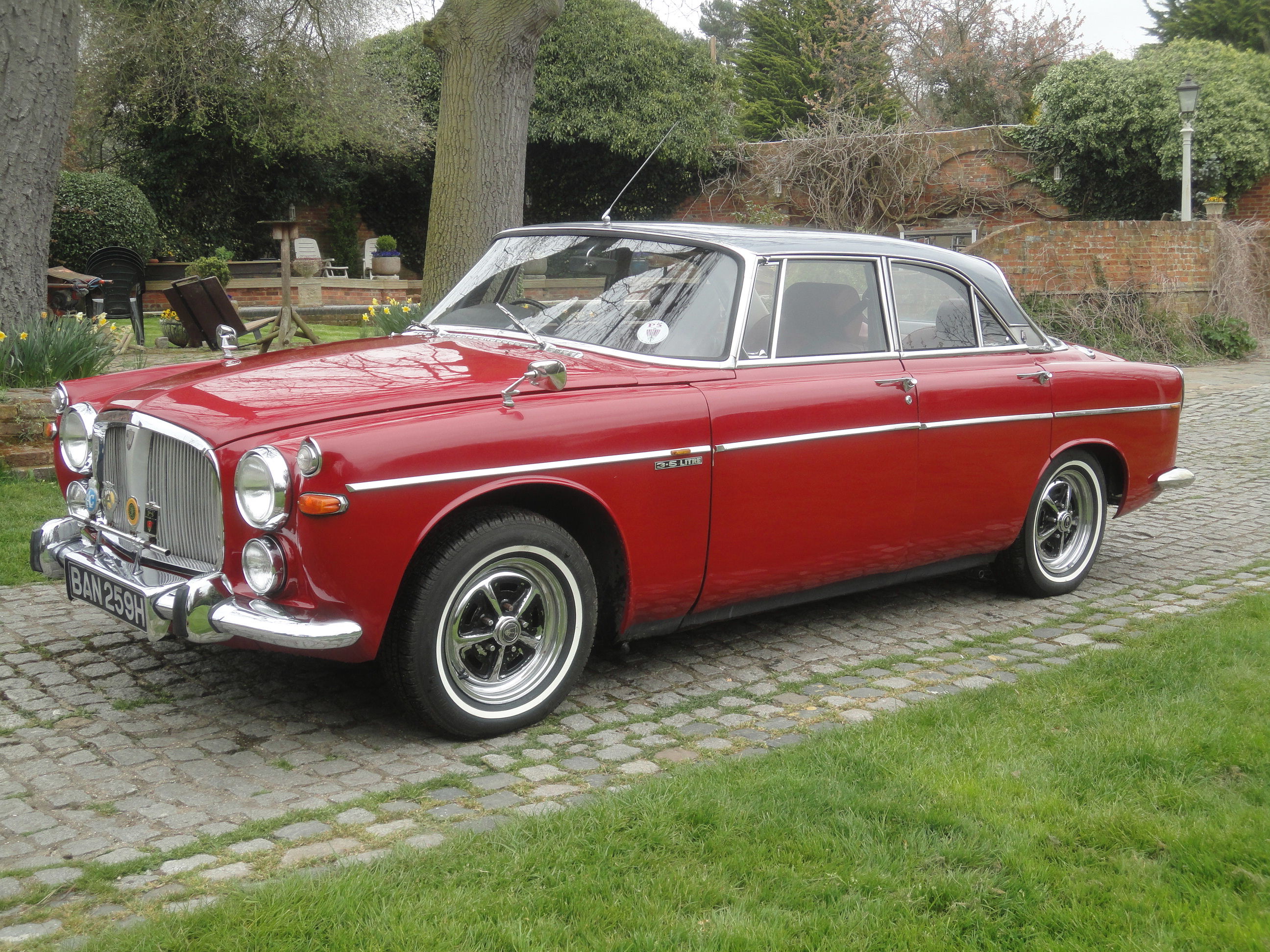 This is a Rover P5B; this version of the P5 was built from 1967 to 1973. By the way, Rover called the car a coupé. I’m sure I have written this before, but I believe that the original distinction between coupes and sedans was the amount of interior volume, not the number of doors. BMW currently sells a 4-door car called a Gran Coupe.

I have been fond of the looks of the P5B ever since seeing one as the featured car on an episode of Wheeler Dealers. Mike Brewer described the car as having “rakish lines.”

The cars were powered by the 3.5-liter V-8 for which Rover acquired the rights to produce from Buick in 1965 and used until the 1990s. This motor had gross output ratings–how such metrics were reported until the change to net ratings in the early 1970s–of 181 HP/226 LB-FT of torque.

The heart wants what it wants.

I probably care less than you do about the status of the repairs to the Z06. Some parts were delivered on August 29th, but not all of them. The last of the necessary parts are scheduled to be delivered in a window from September 8th to……….September 22nd.

An irony in all of this is by the time I actually dispose of the Z06, I will have been a Corvette owner for more than ten years, but a Corvette driver for less than ten. I am so done with that car.