I had a scare last Friday. I have had no problem walking 60-70 minutes on the treadmill every other day averaging about a 4 MPH pace and all uphill.

Last Friday, however, when the treadmill readout displayed 48 minutes it was as if I had been placed in quicksand inside of an airtight bag. At 50 minutes I paused the treadmill for about 30 seconds hoping I could catch my breath. I had to stop at 57 minutes. Moreover, I could not catch my breath for at least 20 minutes after I got off the treadmill. Usually, I am only out of breath for a minute or two after a workout and not to the degree I was on Friday.

In the interest of safety, I decided on Friday to push the next workout from Sunday to Monday giving me an extra day of rest. It was on Sunday I learned that a long-time friend of mine had been recently diagnosed with congestive heart failure of no known cause.

Of course, I began to panic. Had I suddenly developed some heart condition which caused my workout to be short-circuited? (I do have some cardiac issues, anyway.) I can tell you that for the 15-20 minutes before I began my workout yesterday I was almost in panic attack mode.

In deference to Friday’s experience I warmed up a little less vigorously and walked a little more slowly. I had no problem walking four miles in 63 minutes and change; usually, I walk that distance in 61-62 minutes. I have to admit that I became a little teary-eyed after finishing the workout without any issues.

For me, regular exercise is the key to health and the key to keeping my parents’ problematic physiologies away. I have often told my wonderful wife that if for some reason I can no longer exercise, then I will not live more than five years after that.

The laziness of many/most Americans is the real reason, in my opinion, that US life expectancies fall behind those of other advanced nations. EVERYBODY has time to exercise if they make it a priority. Too many people here want a magic diet, a magic pill, a magic surgery to make/keep them well. Magic is an illusion, it isn’t real.

Maybe I’m burying the lede…I must now make the confession of which I have hinted previously. I have not been 100% forthcoming about the situation relative to the Z06.

On Saturday August 13th, I made a deal to trade the Z06 in for a 2021 Toyota Supra with about 6,000 miles. Although the Corvette was still in the shop I had a text from the owner of the business “in charge” of the repairs saying the parts needed to complete the job would be delivered on Tuesday the 16th. As this was the first time I had been given a specific date I assumed the parts would be delivered that day and the job would be completed a few days thereafter.

The dealership had no problem waiting for the Z06 although, of course, I couldn’t take the Supra home until they received the Corvette. Sight unseen they offered me more for my car than the price for the Supra. For the first time in my life, I would have purchased a car AND received money back.

Of course, the best laid plans of mice and men…on the 17th I discovered the parts had not been delivered the previous day and were now not scheduled to be delivered until the 29th. I had to let the salesman at the dealership know. I ended up having many conversations with multiple staff members, the last of which being a week ago in which a sales manager said she could keep the deal alive another week and would call me with an update.

Until 9 PM last Friday I thought the deal was still alive. It was then, during a search for Supras available in the local market (I had to hedge my bets), that I discovered the dealership had put the Supra back on the market.

I don’t blame them for canceling the deal, but I do blame them for not having the decency to call me first. In retrospect, I should not have tried to purchase another car without the Z06 being out of the shop, but the dealership had no reservations about making the deal. Obviously, I will never do business with them again.

There is basically no chance that I will keep the Z06 for even a week after the repairs are completed. This saga has now been going on for almost 20 weeks. I am beyond done with that car. Oh, I have no idea if the parts were delivered yesterday. The person who owns the shop “in charge” of the repairs has actually farmed the work out to the local Chevrolet dealership. He was very upfront about all of this and he knows how much I loathe the service department of that dealership, which was not the same one that had the Z06 for eight weeks from April to June.

I know this is a first-world or champagne problem, but it’s still a problem, still another example of how it appears that nothing in my life can go smoothly from A to Z. I will offer the following probabilities: 90%+ that I buy a Supra, 4%-5% that I buy a Nissan Z (assuming I can find one not marked up to hell) and the remainder that I just sell the Z06 and pocket the money. Below is a picture of a Supra closely resembling the one I tried to buy although it’s not the same car. 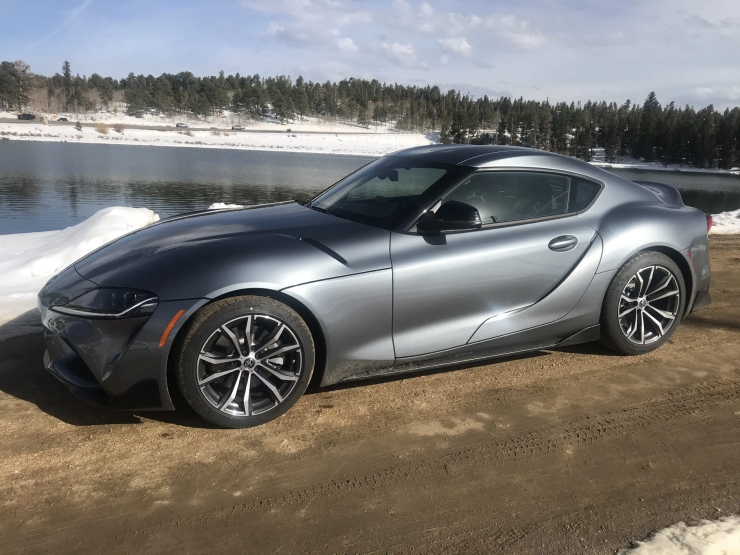 You are now up to date. I would not be surprised if all of this isn’t resolved until the end of next month.

12 thoughts on “Tuesday Tales Out Of Turn”