The number of consecutive days with measurable rain at our house has reached five. Once again, this morning’s rain (it’s still raining as I write this although the sun is making an effort to be seen) was not really forecast by the National Weather Service. Giving them the benefit of the doubt, micro-climatic variations in this area must be such that accurate forecasts at a granular level must be difficult.

I had to attempt to take pictures of the area this morning. Without a frame of reference it will be difficult for you to ascertain the difference in the way this area looked earlier today compared to how it usually looks.

When I was younger I very much enjoyed watching the snow fall, in part–of course–because enough snow might close schools. I have always liked watching rain as well, but have to admit I enjoy it more here than anywhere else.

Once more, some links to posts from Why Evolution Is True:

Med students walk out on speaker because she’s “pro life,” but wasn’t talking about it

“There are several issues here, including the students assertion that the University has an official position on abortion. While the University can and probably does perform abortions, that’s different from taking an official stand on it, for that chills the speech of people who are “pro life”. As readers here know, I’m [Jerry Coyne] a hard-line pro-choicer, and so disagree strongly with Dr. Collier’s views on that issue. But I would still go to her talk, and I wouldn’t walk out.

Further, there’s the idea that if someone expresses a view you don’t like, you should boycott that person. I don’t agree with that view, either…”

“Finally, there’s the issue of free speech—not in the First Amendment sense, as nobody violated the Constitution here. I’m talking about the value of allowing people to speak with whom you disagree, on the chance that you might either change your mind, hone your own opposition, or (especially in this case) learn something.”

Both sides practice “cancel culture” but I have to say I think the left is worse. The ACLU now advocates free-speech restrictions far beyond anything previously outlined in any court decisions.

“Portland Public Schools has launched a war against the “gender binary” and adopted a radical new curriculum teaching students to subvert the sexuality of “white colonizers” and begin exploring “the infinite gender spectrum.”

I [Christopher Rufo] have obtained a cache of documents from a source inside Portland Public Schools that exposes the nature of this curriculum. The lessons seek to turn the principles of academic queer theory into an identity-formation program for elementary school students; it has been adopted in many of the district’s K-5 classrooms.”

Too many people have fallen into an ideological vortex and away from reality.

I found this CNBC article interesting. JPMorgan has a hired a scientist, Charles Lim, to “help protect financial system from quantum-supremacy threat…New forms of cryptography and secure messaging are needed ahead of quantum supremacy, or the point when quantum computers will vastly outperform traditional computers.”

It’s great that a large firm like JPMorgan is trying to get ahead of the curve, but read this article carefully and it’s difficult not to be very concerned about the negative implications of the next generation of computers. utem itud psin

OK, some automotive content…this recent Hemmings article is titled, “We pick seven of the most criminally undervalued collector cars of today.” Two of these seven cars are, indeed, among my favorites. In fact, one was a potential member of my Ultimate Garage 3.0. Here are pictures of those two automobiles: 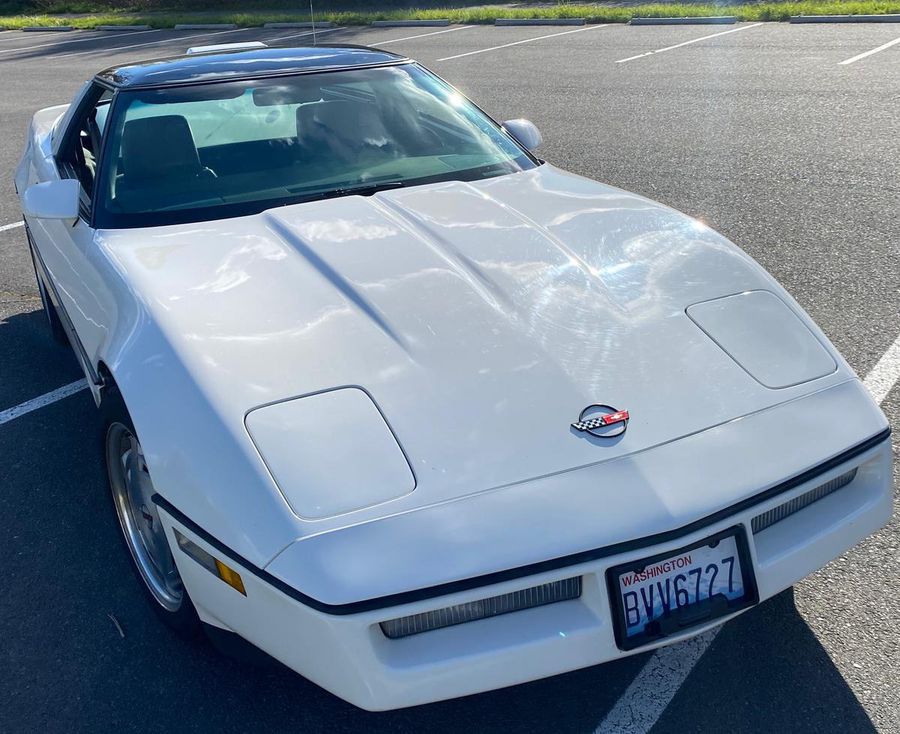 The top photo is a Continental (technically, not Lincoln) Mark II and it was this car I considered for inclusion in Ultimate Garage 3.0. Of course, the Mark II was only produced in 1956-57 with only about 3,000 units being manufactured. The bottom photo represents the fourth generation Corvette, or C4, that was produced for model years 1984 through 1996.