Today marks the fourth consecutive day we’ve received measurable rainfall. However, I would be willing to bet that total accumulation is less than a half inch. Still, that’s about 4-5 percent of the average annual rainfall amount here so it is welcome.

My wonderful wife and I went grocery shopping after breakfast this morning. As we were walking to the Cascada a red Honda S2000 drove past. I had to stop, wait for the driver to get out and tell him I loved his car. He was most appreciative and most gracious. I think it was a 2007 model, but I’m not sure. The driver told us he has driven the car 299,000 miles! He lamented that he has not taken better care of it as he is aware of the current market value of the S2000.

Of course, Hail To The Goat! could refer to someone or something that is called the Greatest Of All Time. In the world of cars, though, the Goat usually means this: 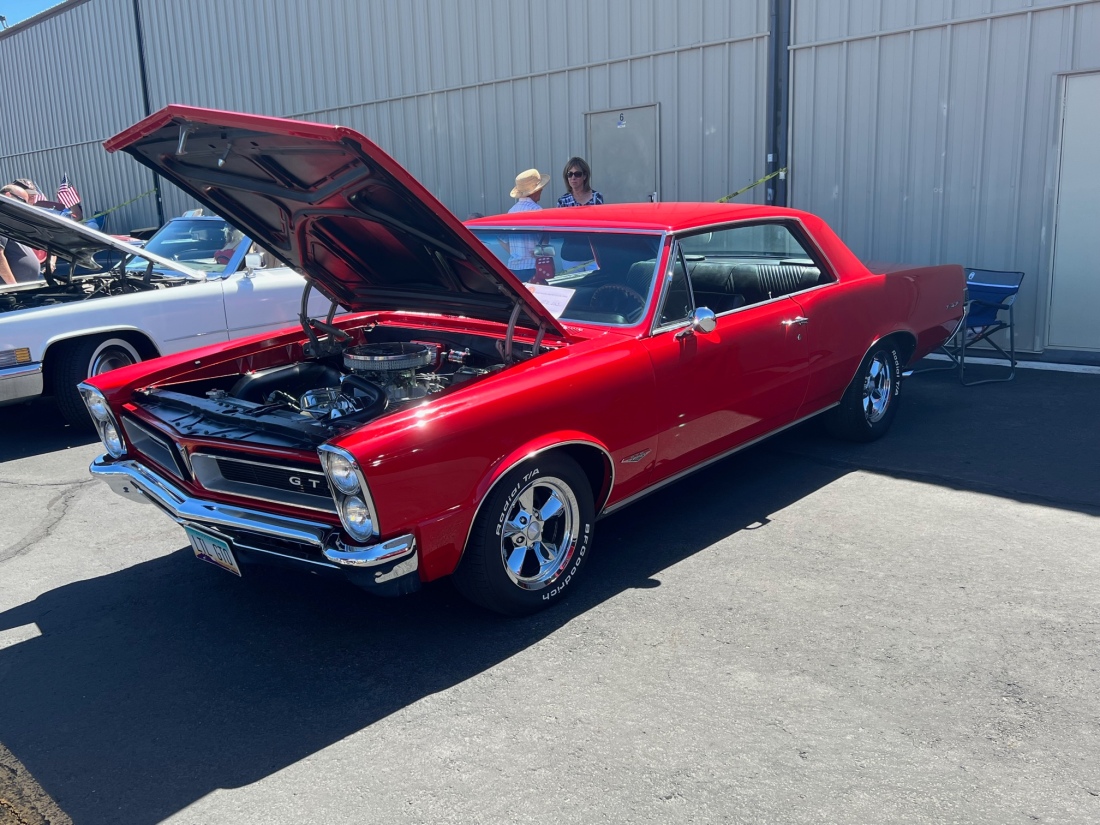 The bottom photo is a 1965 GTO that I photographed at the local Wheels and Wings event earlier this year. As I noted then, while I will always have a sentimental attachment to the 1967 GTO, I’m not sure I don’t like the looks of the ’65 better.

In stock trim the ’67 was probably a better car. That was the first year of the Pontiac 400 cubic-inch engine that replaced the venerable 389. It wasn’t the larger displacement by itself that made the engine better; the heads were redesigned for better flow. Although the two engines in base spec were both rated at 335 HP, it is likely the ’67 engine made more power. It was rated at 10 LB-FT of torque more, 441 vs. 431.

I just could not have a Hall of Very Good Cars and not include a first-generation GTO (or two). The GM A-Body cars were redesigned starting in 1968 and I just don’t like the looks of them anywhere near as much as the 1964-67 design. I guess that makes me a heretic in the car world; I don’t care.

8 thoughts on “Hall of Very Good Cars: Hail To The Goat!”