If this series continues should I include the featured car in the post title? Should I number these posts or include the publication date?

Today’s car had an engine that revved so quickly, from idle to its 9,000 RPM redline in 0.6 seconds, that it had to be fitted with a digital tachometer as no analog device could keep up. Jeremy Clarkson of Top Gear and The Grand Tour fame called it the best car he had ever driven.

In an episode of Everyday Driver in which another car from the same manufacturer was featured, Todd Deeken remarked, “It [the engine] feels like it has some genuine personality. It wants to have some fun and [in a mocking tone] it’s not allowed to. We don’t do that at […]. We don’t have fun, we just are nice.” 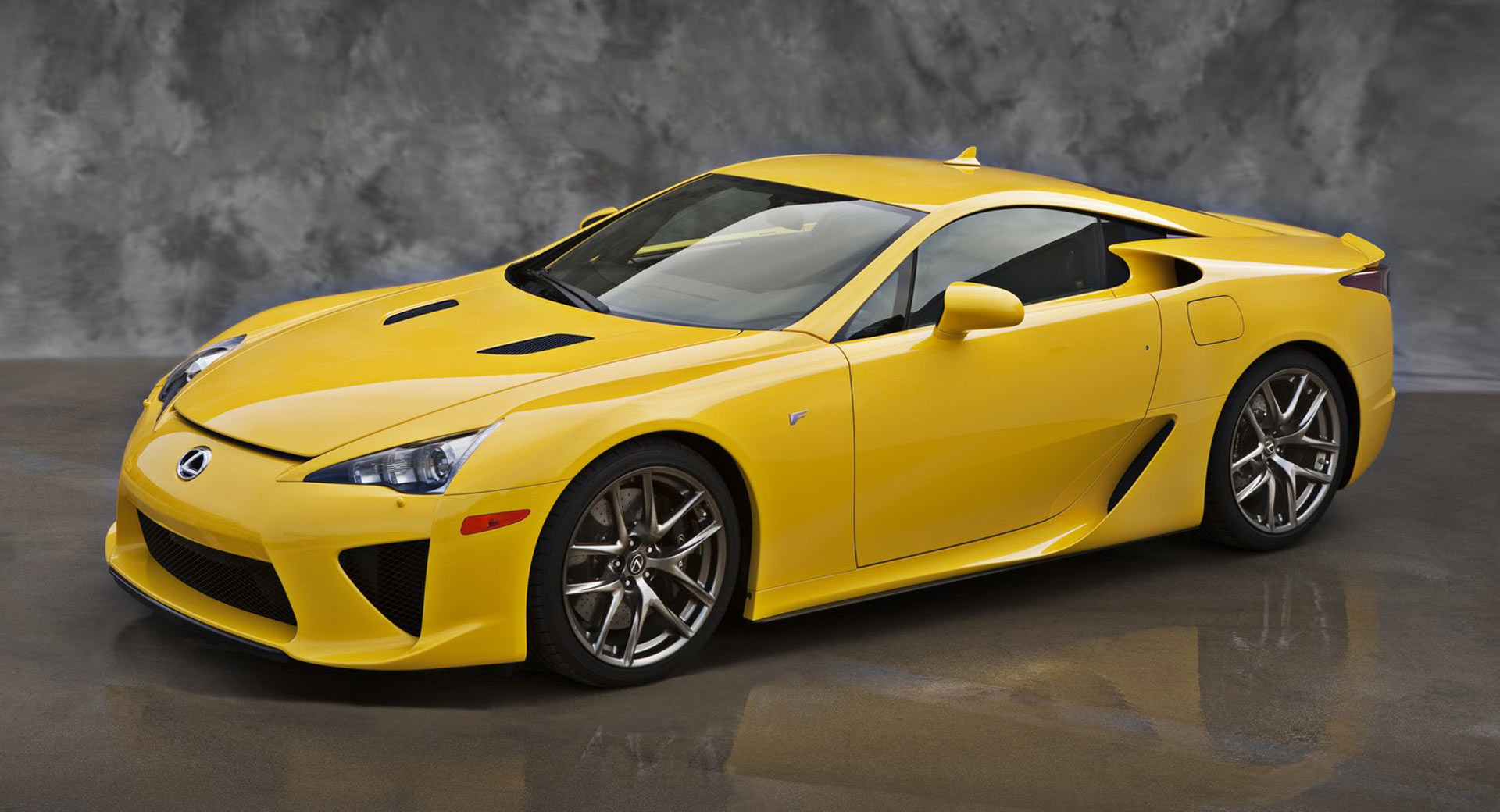 This is the Lexus LFA. In the same episode of Everyday Driver quoted above (a comparison between the C8 Corvette convertible and the Lexus LC convertible) Paul Schmucker said, “I think building the LFA caused Lexus to think a little bit naughty.”

This is certainly not an accessible car for the masses. Only 500 were built in total during its two-year production run (2010-2012). In the US and Canada, 150 cars were initially sold through a two-year lease program. This was to prevent owners from reselling the vehicle for a profit. When it was later made available for outright purchase, at $375,000, it was only on the condition that the buyer sign an agreement giving the dealer the first right of refusal to buy back the LFA if the owner wanted to sell it within the first two years. The dealer would have the option to buy back the used LFA for either fair market value or the original sticker price, whichever was lower. In all of Europe only one Lexus dealer, located in the UK, sold the LFA.

A few “purists” were not happy that the LFA was only available with a six-speed automated manual transmission and not a traditional stick. Some didn’t like the wave-like air scoops behind the doors or the fact that the hood isn’t flush with the front valence. That’s all nitpicking to me. I have never driven one, nor is it likely I ever will, but these “read” like amazing cars.

The LFA was powered by a 4.8 liter/293 cubic-inch V-10 engine that produced 553 HP/354 LB-FT of torque. If that torque figure seems “low” note that 90 percent of the maximum torque is available by 3,500 RPM. Remember that redline is 9,000 RPM. The LFA’s engineers selected a V-10 engine over an equivalent displacement V-8 engine for its ability to rev higher, and over a V-12 for its lower reciprocating mass allowing for more rapid engine response.

The more I researched the LFA and the more I write about it, the less I can explain why it was not part of any of my Ultimate Garages. It certainly looks the part and no sane person can complain about its performance. I doubt this blog will continue long enough for an Ultimate Garage 4.0, but I think it’s more likely than not this car would be included in that compilation.

As for the Hall of Very Good Cars, I really need to see significantly more views for this post than for the first one. I would be disappointed if the identities of the more than two dozen cars I have written down (so far) are never revealed.

As always, please feel free to submit thoughtful comments, to share the blog URL (https://disaffectedmusings.com) with friends, to “Like” posts and to click on any ad in which you have genuine interest. Thanks.