An old adage states, “You can catch more flies with honey than you can with vinegar.” Therefore, I will present this as a challenge instead of as a threat. When the next installment of Hall of Very Good Cars is posted (probably on Thursday the 7th), please do all you can to make sure it has more views than the first edition. The number I have in mind is that its views on the day of publication should be greater than or equal to the combined number of views the first post had on the day of publication and the day after. Thanks.

For me, 1977 is the Seinfeld of years in the US automobile industry: nothing happened. Well, nothing exciting, anyway.

A tangent: I believe the whole “Seinfeld was the show about nothing” axiom arose from the Season 2 episode, The Chinese Restaurant. The episode takes place in only one locale, a Chinese restaurant (duh). I’m not sure if it was after he read the script or after he saw the produced but unaired episode, but then-NBC President Warren Littlefield commented, “Jerry, isn’t something supposed to happen on the show? Nothing happened.” Many upper-level NBC executives did not want the show produced after they had read the script and most of them did not wanted the show broadcast. Eventually, of course, the show aired and was one of the landmark episodes, one very different from standard sitcom fare at the time.

Back to 1977 in the US automobile industry: by this time, foreign manufacturers had made significant inroads in the US market. For example, in 1967 Toyota sold about 38,000 vehicles in the US. By 1977 that figure had grown to 439,000. Sales of imported cars in the US reached the two million mark for the first time. I guess that event was of some importance, but the foreign car “invasion” began long before 1977.

US manufacturers produced 9.1 million cars for the 1977 model year. That represented a healthy increase of about a million from 1976, but was not substantially higher than the 8.8 million for 1965.

Perhaps the fact that GM beat its Big Three competitors to the market with downsizing of their full-sized models led to its market share exceeding 60 percent, excluding foreign makes. I would love to write a book on the history of the US automobile industry, but very little in the 21st century interests me and no one would buy it, anyway.

After a long run of dominance, the Impala was not Chevrolet’s best-selling model in 1977. Anyone want to guess what was? Here it is: 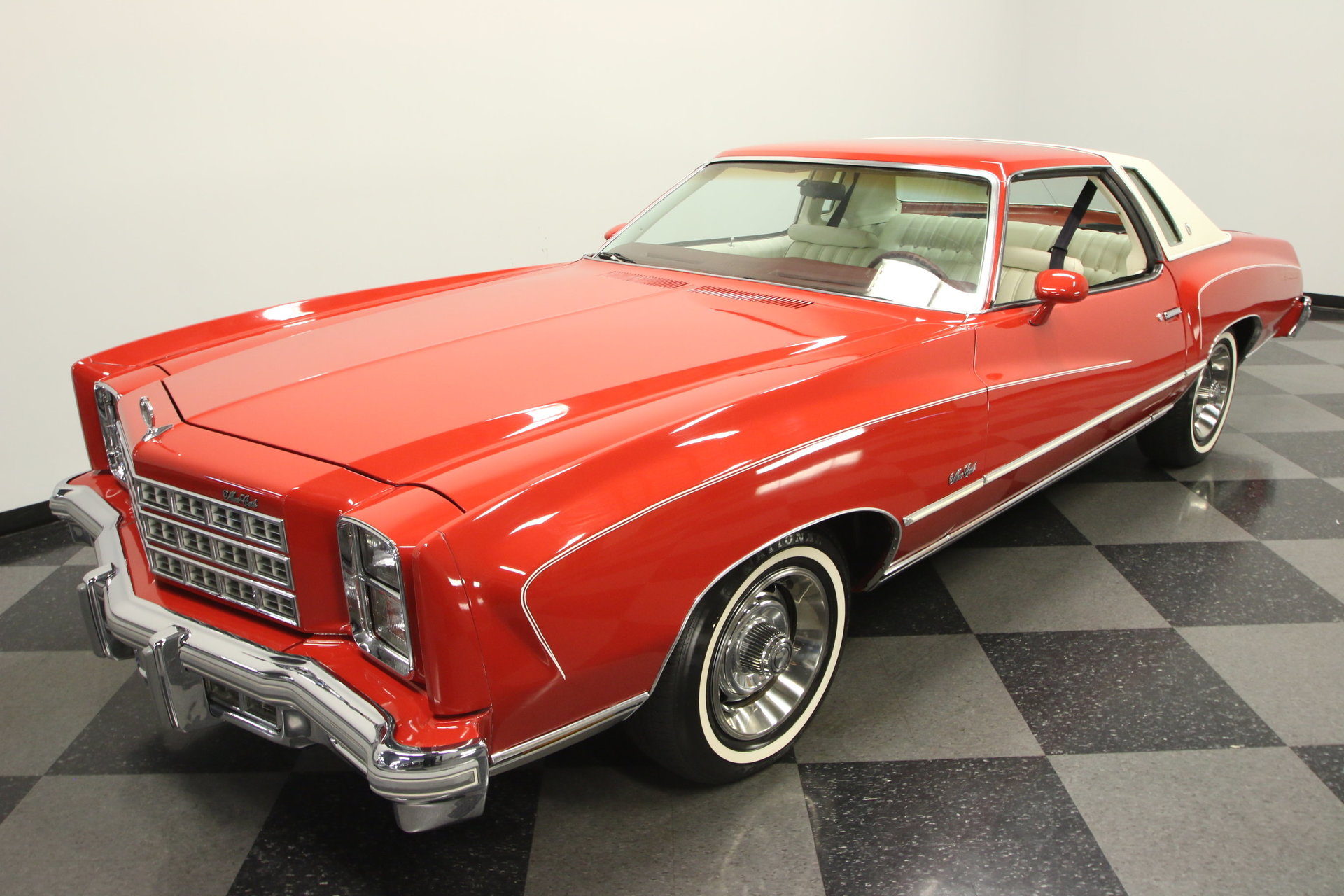 This is a 1977 Chevrolet Monte Carlo. The Landau coupe is shown here even though the S coupe was more popular that year. I couldn’t find a good photo of an S spec.

Monte Carlo production reached 411,000 in 1977, of which the S spec was about 55 percent. Combined, the Monte Carlo, the Caprice and the Nova had production/sales of 1.12 million units.

As always, I welcome thoughtful comments.