My life belongs to me, but I’d like to disown it.

You can’t make this stuff up…obviously, we had our mail held while we were away. The held mail was delivered yesterday. Among the mail were two notices from the Arizona Motor Vehicle Division (MVD) indicating that the registration for our two Corvettes would be suspended on May 16 because we had let our insurance lapse. Of course, we did no such thing.

What I think happened is that when we sold the Cadillac ATS on April 6 and called our soon to be former insurance company to have the car removed from our policy, some incompetent sent a notice to Arizona that we had completely cancelled our policy. (Of course, that didn’t stop the company from billing us with a due date of May 6.)

By the way, the date of the notices was May 1. Our mail was delivered to us through May 10. Why didn’t we receive the notices before we left and why does MVD only give 15 days after the notice to “fix” the situation?

The world is fraying way past the edges.

Those who scream “Abortion Is Murder” and only “God” can take a life are the same people who agitate for the universal right to own a device that is used to kill more than 40,000 Americans every year. Sorry, but the gun “advocates” are wrong and are hypocrites like all of those who blindly follow any so-called ideology.

Guns are a force multiplier. The cretin who murdered 19 students and 2 teachers yesterday would NOT have been able to perpetrate such evil using rocks or a knife. I vehemently disagree with most of the “policy” advocated by the Left, but they are right about guns.

This CNBC article lays out the sad and disgusting data from 2020. More than 19,000 people were killed in a homicide by gun in the US that year. The point of the article is that figure represented a 35% increase from 2019. Since when is “only” 14,000 gun homicide deaths acceptable? Oh, the rest of gun deaths are by suicide, which has been more prevalent than homicide in the US since at least 1900.

Think about this: of all of the children in the world age 0-14 who are killed by a gun, 87% of them are US children.

The world is fraying way past the edges. Blind adherence to any ideology is a road to disaster.

Some links to posts from Why Evolution Is True:

Julian Baggini on free will

In a California case, ACLU and co-litigants claim that there are no biological differences between men and women

That last story is disturbing and is an example of the foolish and dangerous agenda of the Lunatic Left. In case you hadn’t figured this out, I loathe and despise both major political parties in this country and do not subscribe to the Bullshit Binary Political Paradigm that says you have to pick either all from Column A or all from Column B. Both columns are full of shit.

Can I segue to automobile pictures? Why not?

This is a 1938 Packard Twelve Convertible offered at the recent Mecum auction in Indianapolis. While my obsession with defunct American makes has lessened into more of an interest, I still really like to see cars from those makes. This car went unsold at a high bid of $150,000. 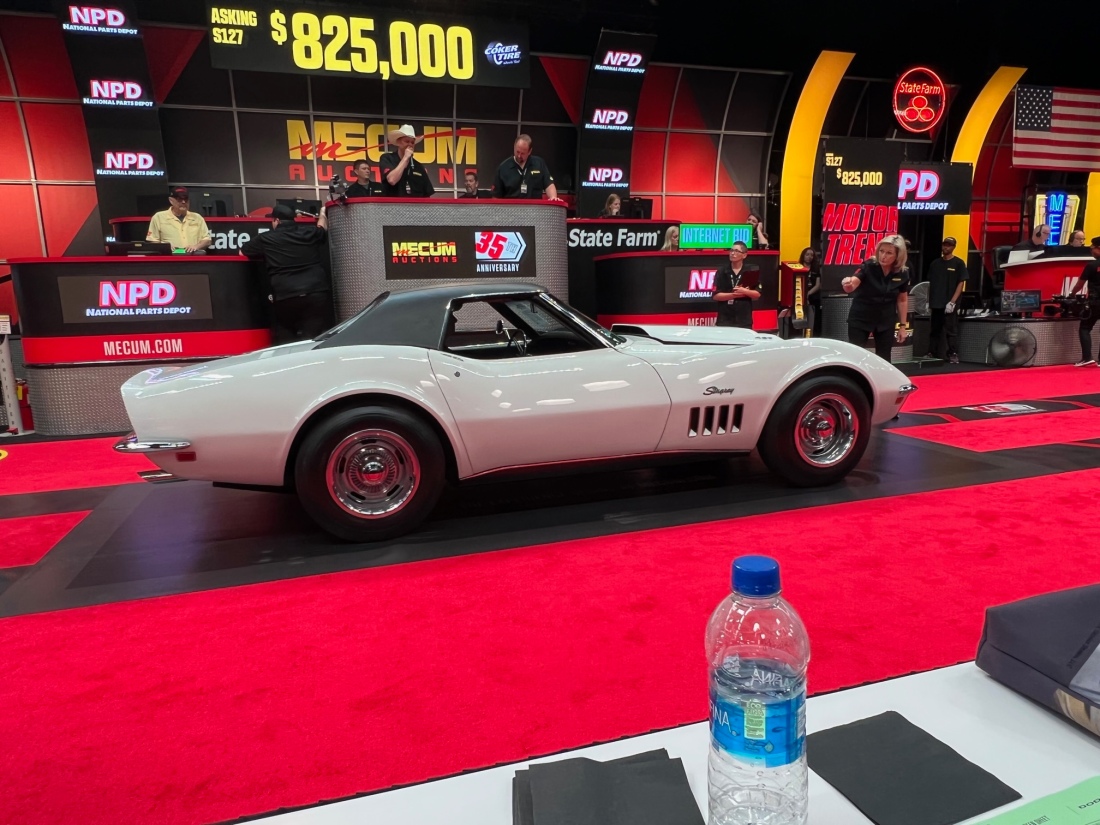 This is a 1969 Corvette L88 convertible. That was the last of the three years of L88 production; 116 were built in 1969 and 216 were built in total. In an admittedly brief search I was unable to find production figures by body style. This car went unsold at a high bid of $700,000.