The story about someone paying over a half million dollars for the ball that Tom Brady threw for his “last” touchdown pass, only not to be the last when he un-retired has been widely reported. Fortunately, the person who bought the ball will now not have to follow through with the purchase.

On this day in 1976 what was supposed to be the last American-made convertible, a white Cadillac Eldorado, rolled off the assembly line at Cadillac’s plant. General Motors heavily promoted these cars as the “Last Convertibles.” Edward Kennard, Cadillac’s general manager at the time, said, “Like the running board and rumble seat, the convertible is an item which history has passed by.”

All other GM makes had ceased producing convertibles the model year before; other American car companies had stopped even earlier. Cadillac produced exactly 14,000 Eldorado convertibles for the 1976 model year. The MSRP was $11,049, but some buyers paid as much as $20,000 thinking the cars would become valuable classics in the future. Of course, dealers have to “ask” for such a dramatic markup from MSRP. From Hemmings a picture of a 1976 Eldo convertible: 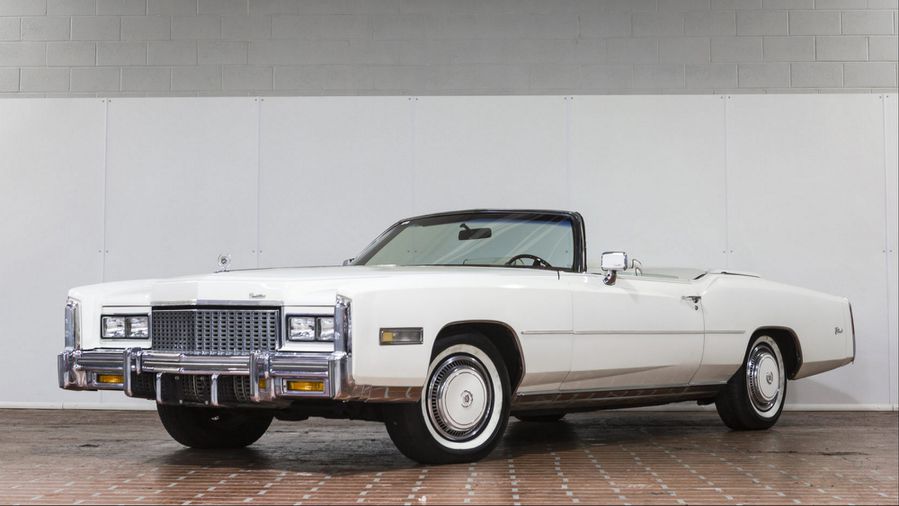 The “end” of convertibles didn’t last long as Chrysler introduced the LeBaron convertible in 1982 and sold almost 13,000 units. General Motors jumped back into the convertible market with Pontiac producing 626 2000 LE ragtops in 1983. In that year, Ford offered a convertible Mustang and sold over 23,000 of them. Not surprisingly, when Cadillac resumed building convertibles for the 1984 model year–building 3,300 Eldorado Biarritz ragtops–people who had purchased the ’76 Eldo convertible were not pleased and at least two filed suit against Cadillac and General Motors. Although in my admittedly brief search I was not able to find the reason(s), the lawsuit was dismissed.

I like to write that people have the right to change their minds even if there’s nothing wrong with the one they have. Deliberate deception, though, is another story.

As always, I welcome thoughtful comments about this or any other relevant topic. Thanks.

6 thoughts on “When The Last Is Not The Last”