Sadly, on this day five years ago guitar virtuoso Allan Holdsworth died from heart disease at the age of 70. When I first heard the news in 2017, I felt as though I had been kicked in the chest. (Yes, this is the second consecutive “musical” post.)

I have to admit I am getting a little emotional writing this post. Holdsworth had more musical skill than all of today’s so-called musicians. (Since, unlike most people, I can find F# above Middle C on a piano, know what an agogic accent is and know the difference between an arpeggio and an archipelago, I stand by that assessment without equivocation.) Here is part of a tribute from Premier Guitar:

“Allan Holdsworth was a giant among giants. He created a unique musical language that meshed extreme harmonic complexity with mind-boggling virtuosity in a way that defied categorization. His music was not always accessible—and he didn’t care. His approach to the instrument was unlike any other guitarist’s and he unlocked mysteries no one even knew existed.”

His music was not always accessible. That’s why, ironically, I admire his work more as a sideman than as a leader. Playing 60-90 second solos forced him to distill the essence of his playing into more clarity without sacrificing his brilliance, in my opinion.

Holdsworth was yet another example of the canard about building a better mousetrap. The late Eddie Van Halen, who was damn good on an axe himself, said about Holdsworth, “The best in my book, the man.” Yet Holdsworth played in relative obscurity. <Rant> The phrase “contemporary American music” is an oxymoron. Reciting vulgar “poetry” over a computerized beat is not music. Neither is droid syntha noise for robots. <End Rant>

Robben Ford, named one of the 100 Greatest Guitarists of the 20th century by Musician magazine, called Holdsworth “the John Coltrane of the guitar.” Another one of my musical heroes, Joe Satriani, wrote this after Holdworth’s death, “R.I.P. Allan Holdsworth. You remain an enormous inspiration to me. Your beautiful music will live on forever.”

First, a picture of Allan Holdsworth and then, rights be damned, one of my favorite guitar solos ever, Holdsworth’s last one on the unparalleled recording, Enigmatic Ocean by Jean-Luc Ponty (another one of my musical heroes). 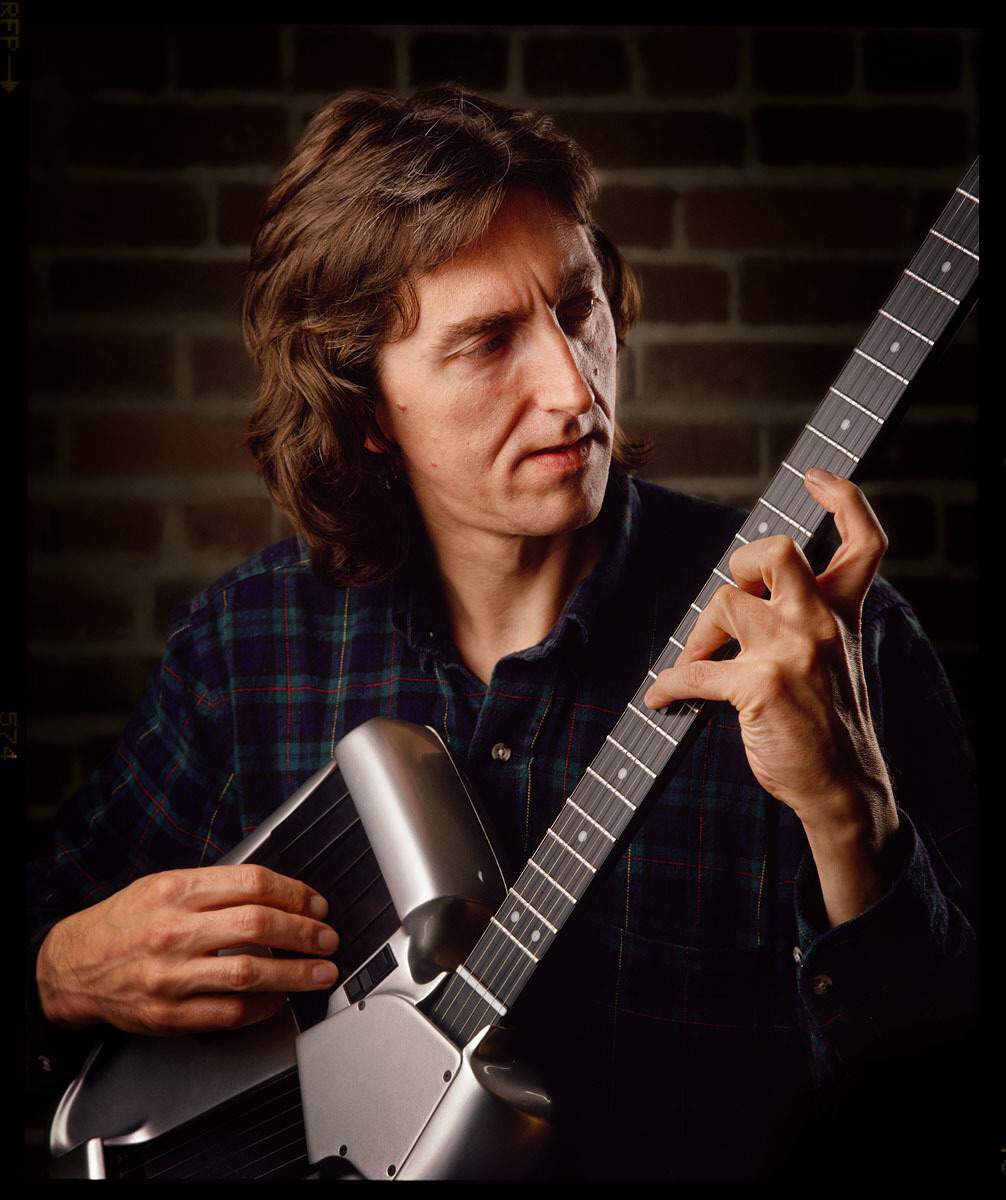